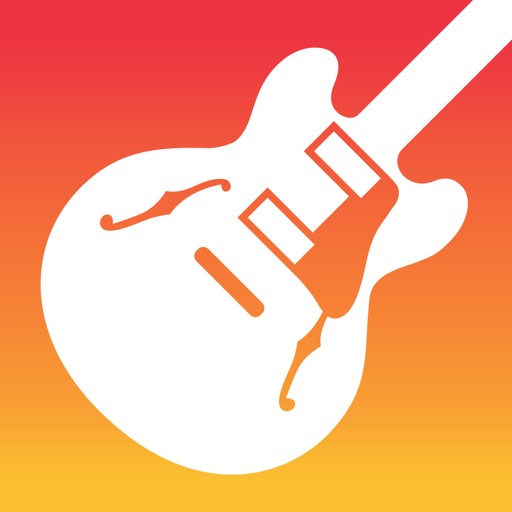 4/5 rating based on 1710 reviews. Read all reviews for GarageBand for iPhone.
GarageBand is free iOS app published by Apple Inc.

I just need a custom ringtone thats all

Pretty good I had a hard time installing it

So I Had Garage Band For A While And Everything Was Totally Normal (I still love the app up to this day) But The Thing I’m Confused About Is Why When I Try To Download A New Playlist Of Music, It Does Not Work? I Know It May Be Because It’s Full but I Deleted Ones I Did Not Use Anymore And It Still Would Not Let Me Download It. I Would Like It If You Could Please Fix That. I Really Love This App So I Did 5 Stars But I Just Don’t Like That Little Issue. Overall, I Use This App Almost Everyday And It Is So Much Fun To Make Music, Write Lyrics, Record Over It, It’s Amazing. Thank You So Much For Reading! :)

Used to be great until they broke monitoring input

I have been relying on GarageBand in iOS since I’ve been having interference from ground loops in my apartment’s electrical, which has prevented me from recording with my Mac anymore. It worked great for years, but recently Apple has broken the interface where you can no longer monitor input when in the screen that shows all your tracks. And there’s no way to toggle monitoring on/off while in that view, some programmer at Apple just decided one day that they think they understand how a musicians work, which they clearly don’t. I’m speechless. I can no longer monitor my input unless I’m in a screen that actively shows my audio unit’s or plugin’s interface, or while making a previously recorded track play. You can no longer just turn on monitoring and play a guitar and record how and when you need to. Apple has really broken the natural recording workflow by disallowing input monitoring while in any screen. Now I have nowhere to go since there’s no good DAW’s on iOS. The programmers who work on GarageBand NEED to go spend some time in a real studio and really understand the visceral nature of how musicians and sound engineers work with their tracks. WE NEED TO SEE AND HEAR OUR MUSIC AS WE MAKE IT. I cannot believe this got released with one of the most fundamental functions of a DAW broken. And on purpose! This isn’t a bug! Someone actually thinks this is a feature! Wow! Now I don’t know how I’m going to record because Apple broke their DAW in iOS. I’m devastated. As a musician and longtime user of GarageBand I am abandoned by someone at Apple who doesn’t understand how DAW interface works. Apple has abandoned musicians by hiring bad project managers or interface designers. It’s supposed to work FOR the musician, not AGAINST THEM. This is terrible. I’m gobsmacked. When is this going to get fixed? Ever? Who will notify me if and when they ever do? Apple is such a closed organization, no one knows. It’s like yelling off of a mountain top but no one hears you. It’s a black box. I need to be able to use GarageBand again, but I cannot, Apple GarageBand Team, until you fix it. You’ve got to actually fix it. If you leave your software in a less usable state, eventually no one will use it anymore because you are actively turning real musicians away. You can’t just go around in the company and break GUI’s that you don’t understand just because you got hired as a programmer, designer, or project manager. You have to be able to understand how us musicians think and work, and this ain’t it. Now I’m at a loss. I don’t know where to point myself because iOS has no other decent DAW. Now I’ve got to spend hundreds or thousands of man hours gathering all my songs, tracks, and ideas and finding a place to export them into to work with in the future in some other software hopefully. You really screwed me, GarageBand Team. I should have known better to trust DAW design to the same company that designs and sells computer hardware. Now I’m depressed.

This app is extremely useful

This app is A M A Z I N G. I almost never write a review on an app, even if it’s the best app I’ve seen, but this really deserves a gold medal! This app is so cool and useful for people who don’t know the first thing of music.

Can you please add the Mac loops to the iOS loops?

WHERE ARE THE INSTRUCTIONS

No I’m instructions on how to even save during the sessions. Not able to move and pick instruments without activating random sounds. Random key changes. Leaving an hour of satisfied work lost.

I was originally gonna rate this 4 stars, but you know what, it’s too good for that. I have absolutely no problems with it except for maybe it takes up a lot of my storage, and if I delete it, I rarely have enough storage to get it back without deleting a lot of stuff first. But that aside, this app is wonderful. My uncle uses it to write music, and me and my brother have a lot of fun with it, too. Great!

I love this app!However there are no wind instruments,which may be a slight problem for those ho wish to play them.