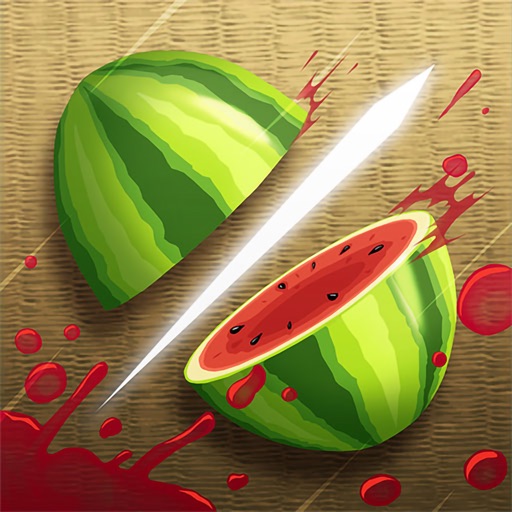 Play Fruit Ninja like never before! We've rebuilt the legendary original slicing game from the ground up, adding fresh new gameplay and characters for new and existing fans alike! 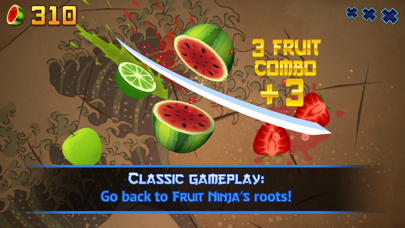 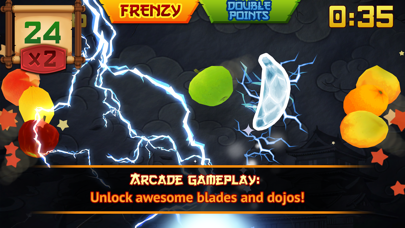 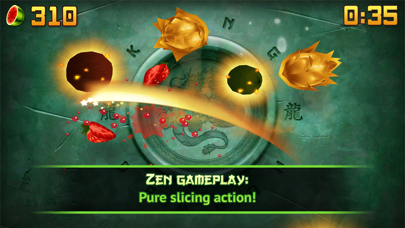 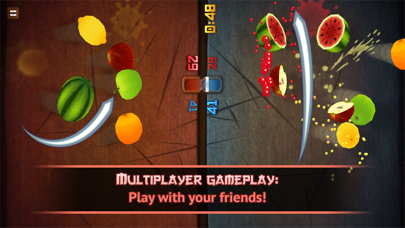 In the biggest addition to Fruit Ninja since launch, all Blades and Dojos now have a unique effect on gameplay. Want a ten-fruit Great Wave? Bouncing clouds to never drop a fruit? Swirling tornados for epic combos? Mix and match your gear, experiment with all the powers and find what works for you!

Joining the action are new characters from the amazing world of Fruitasia. Katsuro and Mari will guide you during the game as you grow from a novice fruit bruiser to all-out slicing machine!

Slice fruit, don’t slice bombs – that is all you need to know to get started with the addictive Fruit Ninja action! From there, explore the nuances of Classic, Zen and the fan favorite Arcade mode to expand your skills. Slice for a high score, use powerups and special bananas to maximum effect, and go crazy on the multi-slice Pomegranate.

There has never been a better time to play Fruit Ninja, so unsheath your sword and see what’s new in the game that started it all. This is still just the beginning – we can’t wait for everyone to join us!

This game contains optional in-app purchases. You can disable this feature in the settings menu of your device.

I used to play this game until the other update and I thought I lost all my data! Well, when I got this back, the data came back! Great game.

I can get into the game but once I start a game it immediately sends me to the Home Screen and no matter what I do it does it.

Why did I buy this game?
RockinWarrior

I didn’t realize that the FREE version would have more features when I bought this game. What’s the point then? A RIP OFF!

My childhood!
end the tour!!

Bro, I missed this version of Fruit Ninja so much. It reminds me of my childhood (2010-11). I remember I downloaded the newer version and I was saddened to see how much it changed. I’m glad this version exists again. Thank you! I can’t believe I just found about this...

I’ve always loved fruit ninja but there’s one problem.I try to look for the fruit ninja toys (plushes) on Amazon but there’s lots of other stuff that aren’t the real plushes. I don’t know if you guys sold out of them or not so I’m not blaming you guys. But now I want to talk about how good this game is! Like I said in the beginning IVE ALWAYS LOVED THIS GAME since the day I got Fruit Ninja! I love this so much and some of your other games are cool to! P.S: can you add more blades? From: MokoTheCat. To:the awesome creators of Fruit Ninja.

I’m good at this game but...
gio landon

It has some bug shit.

I wouldn't consider this a classic version at all. Why, you might ask? Because it's filled to the brim with stupid in-app purchases. The original game you paid one price and got to enjoy the entire game. Now I pay for it and all sorts of features are locked behind micro-transactions. Developers like Halfbrick, who once revolutionized mobile gaming. Are now just contributing to the corruption and downfall of modern video games. After all the money we've given you, you should be ashamed. You're despicable, beyond greedy and immensely unethical.

Delete all my progress.
Nameless Gray