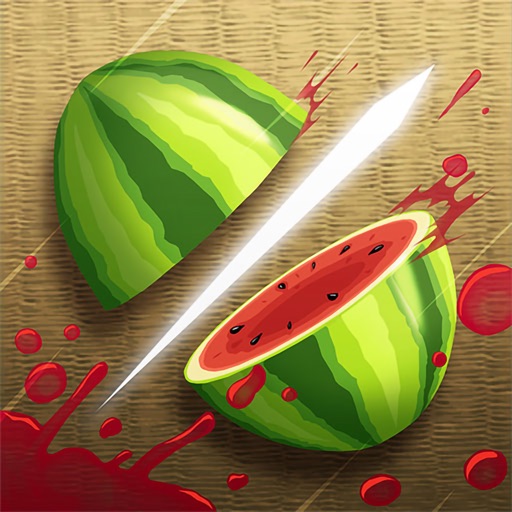 This game use to be great, maybe the best on the app store. But now its just been drowned in in-app-purchases and forgotten. I miss Fruit Ninja's golden days

It's just a money grab

This used to be a great game, now it's just a money grab. Basically, you're not having any fun unless you pay for everything.

Purchase does not include ghostbusters!!!!

This is advertised as fruit ninja with ghostbusters. Bought the game and found out it is an additional $5 in app purchase for ghostbusters content! This is terrible business to cheat your customers!

Nice game. Wasted hours on it. Decided to keep to playing over a few weeks until I earned the Golden Ember Blade at Level 100. Guess what happens who you reach Ultimate? The level-up ninja star indefinitely spins over "100". As for access to the Golden Ember Blade? DENIED. I'm still locked out. So you have to pay $9.99 no matter what if you want it. Otherwise 5 star game. But I have to deduct a star on this (and I refuse to pay the fee on principle). Probably this is not relevant to most who play the game, but this was a little frustrating.

No iMessage App in paid version?

While searching for iMessage apps I discover that the free version of Fruit Ninja has one, but the paid for version doesn't? So I have to have both installed if I want an iMessage app?

Unable to play due to a corrupted profile. :/

It's been a few years since I've booted this game up. Game loads and I notice that my profile pic is LITERALLY corrupted. I became curious and decided to open it. Came crashing to the floor. Now whenever I try to reload the game itself, crashes as soon it's done loading. I don't know if I'm poor for using an IPhone 4th gen or the problem persists with others. I'd seriously appreciate the feedback on the matter. And yes, I've tried rebooting the phone and reinstalling the game multiple times. - indyana8965.

GUYS ITS SO COOL IM MAKING A SECOND REPORT ON THIS APP IM IN LOVE ITS SO COOL 😎 AND FUN 😛 #I ❤️ 🍉NINJA!

I love the roster of fruits to slice and dice! How about sending us more fruit, like the olive?