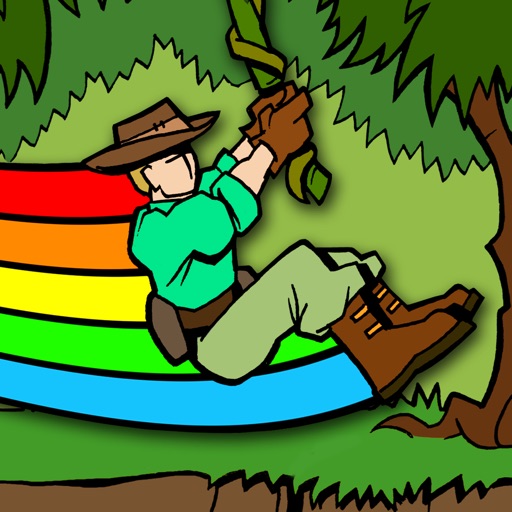 "Hey Pitfall! fans. Thanks for all your support keeping Pitfall Harry™ ahead of that volcano!  You’ve helped him run over 1 BILLION MILES!  We've made some gameplay improvements and fixed some bugs to make things even better. And for you runners with new devices, the game now runs in glorious HD retina resolution, so Harry looks better than ever. 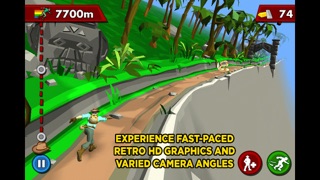 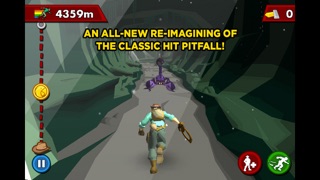 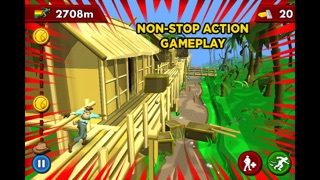 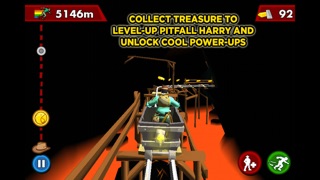 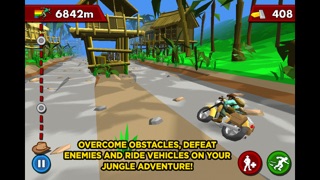 Take control of Pitfall Harry once again in PITFALL!, inspired by the 1982 Classic that started it all, now re-envisioned and re-booted on iOS!

“Pitfall! proudly stands among the best action adventure games on the App Store, a thoroughly enjoyable runner with just enough variety to make it a must play. “ - GAMETRAILERS

“Cool graphics, controls, and a fun reboot of the classic that started the side scrolling runner genre.” - WIRED

“Pitfall! is a thoroughly entertaining runner with enough personality to make it one of the best games on the App Store.” - MODOJO

“The overall adventure is far more exciting and bombastic than Temple Run, with the incessant brassy action film score making every run feel like the climax of a Spielberg film.” – THE VERGE

Escape the wrath of an angry volcano while collecting ancient treasures in PITFALL!, an adrenaline-fueled, free-running adventure set in a deadly jungle with twists and turns that will always keep you on your toes. Challenge your reflexes by jumping, sliding, and using your deadly whip to take out classic PITFALL! foes like rattlesnakes and scorpions while avoiding the death grip of a crocodile’s jaw as you swing across ravines. Make sure to always keep a watchful eye as danger lurks around every corner!

FEATURES
• The “Free Runner” evolved! Navigate through constantly changing environments as you make your way through narrow trenches, dark caverns, and cascading waterfalls with cinematic camera angles.
• Level up and trade in your loot for a trove of game changing powerups that can be used to enhance your experience and customize your wardrobe
• Top your friends’ scores on Twitter and Facebook and stake your claim as the real king of the jungle!
• Easy swipe and tilt controls allow you to jump right in!"

Plsssssssss update your app It doesn’t work with iOS 11

I liked this game until it wouldn't even open anymore. Had TONS of gold coins too. Kept hoping that they would fix it, but I'm finally giving up and deleting it.

The game crashed
no more names so ????

5/15/18 update -- Well, it looks like this app is DOA. It no longer works on my iPad 5. I first played Pitfall on my Atari 2600 so you know how many years that's been! This version is soon much better and just as addictive. Still figuring out what to do, but so far pretty easy to use and no problems. Looking forward to seeing how far I can go w/o having to pay :)

Please. I really want to play this again.