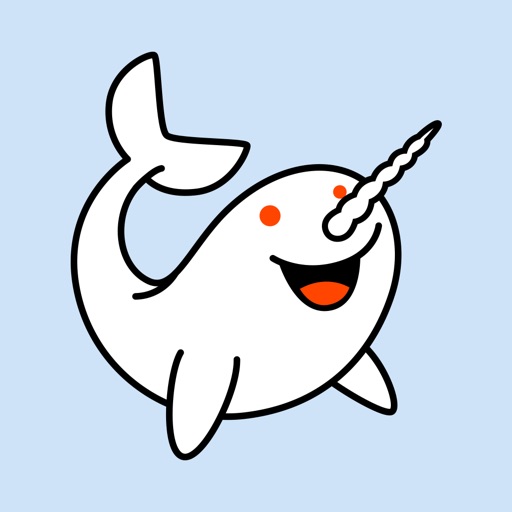 narwhal is a simple application to browse all of reddit. All of these features were designed from the ground up specifically for iOS 8: 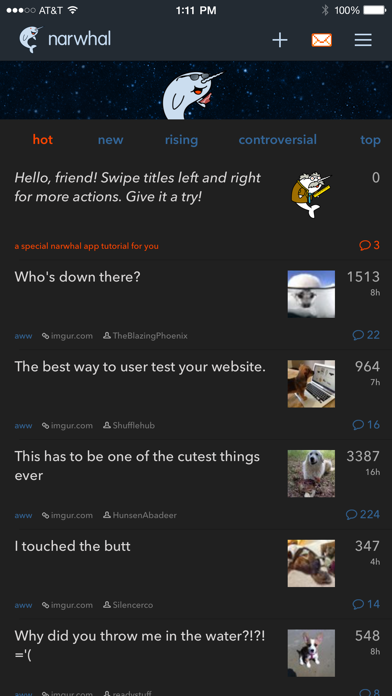 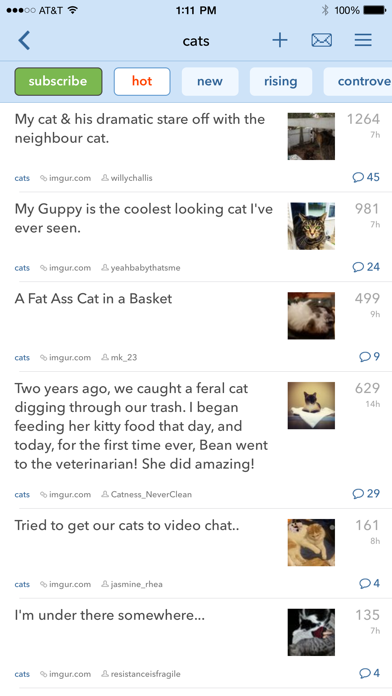 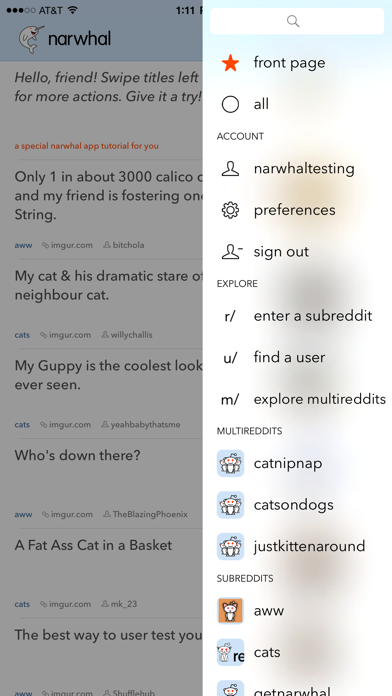 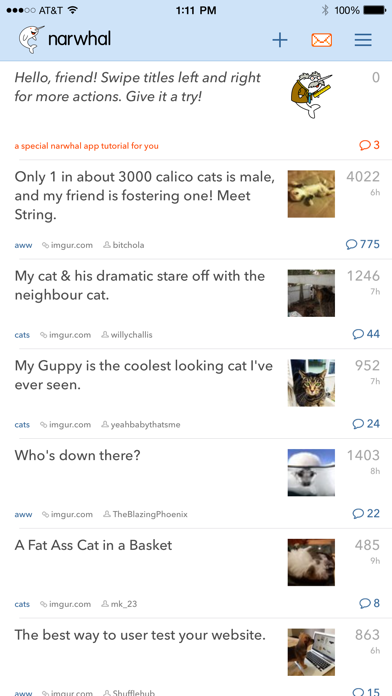 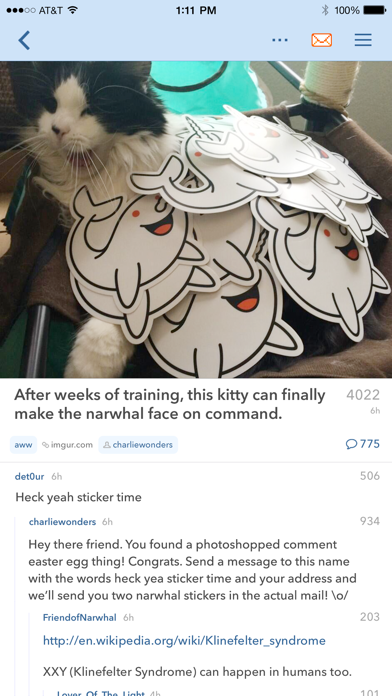 - View any and all subreddits
- A seamless experience to see a link and its comments at the same time
- Voting on posts and comments through a simple swipe
- Hide and save links to your reddit account
- Add new posts to your favorite subreddit
- View all of your orangereds
- What are you waiting for!? It’s free, go ahead and download!

Best but still not good
Docster87

Still wish Alien Blue would still function but Narwhal, while being close is still just not good. Way too often parts of a post just refuse to load yet the ads never seem to have an issue. Also often just crashes. How can the comments load yet the photo refuses or vice verse? Almost every day I notice this half load issue and it is driving me bonkers.

I loved the app, but as of today, it seems there are photos when I’m browsing from posts - that are humongous. I like this app because I had the choice to only show thumbnails when I wanted, but now random photos from posts are enlarged the size of my screen in my feed.

Been using this app for years, and for years you guys haven’t fixed the simple bug that prevents me from switching accounts. I’m tired of resigning in the my accounts, and since Reddit can’t maintain security I can no longer access my older account, messages, etc. I’ll be switching to a different app until you guys fix this.

Amazing app, but docking stars as ads become more and more annoying. Hopefully, we can get back to 5 stars rather than heading in the opposite direction. Update: Kept getting more pop-up style ads that take over the screen of my phone. Uninstalled, won’t be missed.

Do you always have to scroll all the way back up to change from new to rising or to another ?

Will be uninstalling narwall is fun due to the autoplay ads. Used it for years, but time to switch to another one that doesn’t blast autoplay videos at you when you least expect it.

This app is so great and easy to use it has me using Reddit more than ever. Easy to interact on reddit with upvoting and leaving comments. Which helps keep reddit alive. I tried to use Apollo, but it costs money to make it work. I don’t have a lot of that going around since I did just buy my iPad Pro. I also could not get used to using it. I liked the way it looked, but it just wasn’t easy to use for me. I just saw a post on reddit that said Narwhal is the best reddit app for the iPad so I tried it after being away from it for a while and I find that I enjoy using it. So much that I sped a lot of time on reddit now. I’m even using my multireddits to find new posts instead of staying on my home page that the default reddit app seems to want you to do. Don’t get me wrong the default reddit app is still needed to moderate my subreddits, but once all that is done I’m jumping back on Narwhal for browsing reddit. So far it’s been able to open all the links without taking me out of the app or opening a browser window within the app. Using this with the iPad Pro and the Magic Keyboard Cover is like heaven. Turn on Dark Mode with True Black and you’re in for a treat. I also love how the images resize to fit the screen when you click on them. Note: I did have to turn on “Collapse comments” in the settings for this to work properly and the browsing is much better. If you want to view the comments simply click on view comments at the bottom. Me I like to be able to see the full size image without just viewing half of it then having to scroll and then hide the comments to see the post. Just my preference. All in all I expect my Karma to go way up since installing this app.

App was downgraded to try and force more members to buy the upgrade.

Several subreddits I use now require a flair tag to sort between humor, help, whatever. This version of narwhal won’t post in those subreddits. Now it’s just a reader … a good reader, but not dependable for posting. Recommend avoiding if you want to post … narwhal2 is supposed to be on its way. Be well.

ads with video (sometimes you cant tell because theyre in the little banner format at the bottom of the screen) will slow down your phone drastically. apart from being able to hear some it will freeze the phone, being unable to pause or switch from video to comments or even go back.