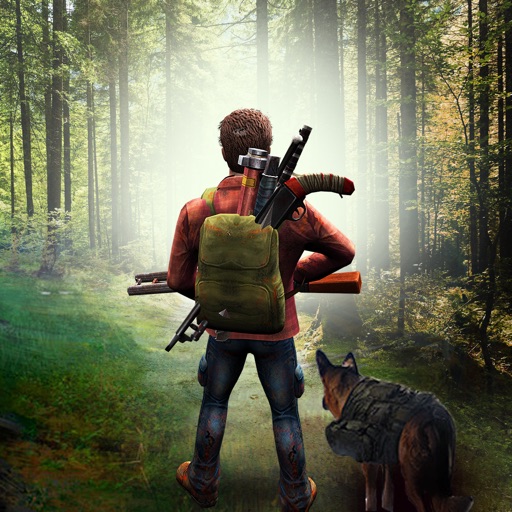 Delivery From The Pain is a survival-strategy game with a fantastic RPG storyline, it may take over 30 hours to unlock one ending if you are familiar with survival games. 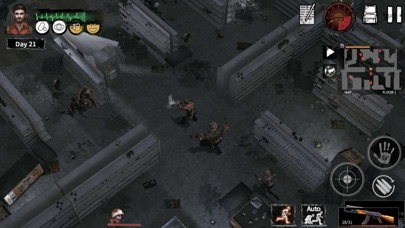 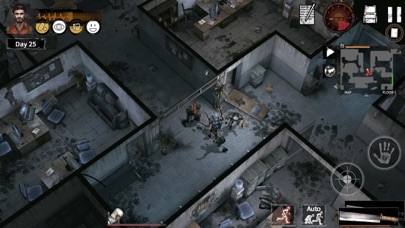 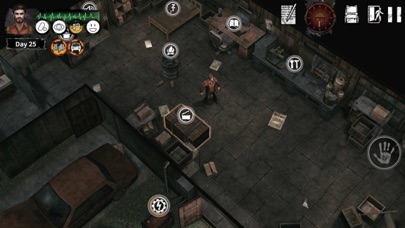 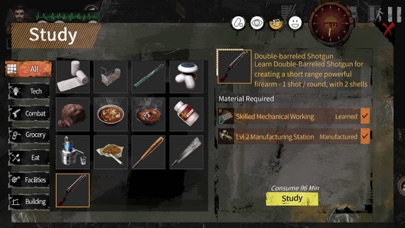 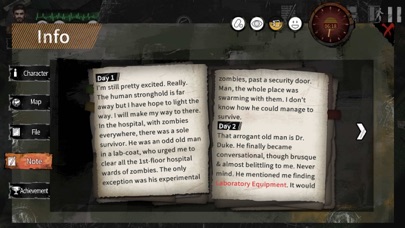 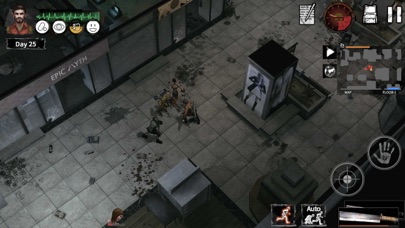 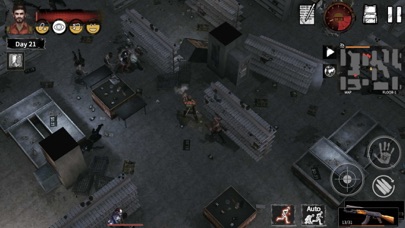 【Features】
► Unique doomsday experience with hidden game features.
► Multiple endings full of mysteries and surprises. Which one is the truth?
► A huge map with dangerous, attractive 3D urban buildings.
► Lifelike NPCs with particular timelines and evocative story development.
► Thought-provoking, consequential dialogue options.
► An array of weapons and a unique sneak system that will provide hours of experimentation in combat and enjoyment of the game.
► Study system and workshop that offer myriad strategic choices. Try and acquire the safest shelter right away!
► Over ten kinds of zombies with specific skills and four ultimate boss monsters are waiting for you.
► iCloud sync support, no matter if you play on the iPhone or iPad, you won't lose your progress.
► Support for Metal rendering to further enhance the performance!

【About Challenge Mode】
The core of the gameplay is to live longer in the game as the ultimate goal. The challenge mode uses large map scene, which can be used except for BOSS scenes and other scenes of NPCs.

【About New DLC】
1.New Story: the story between Big Brother and Moira and explain lots of confuses you may have while playing main game.
2.New Pet: a dog named hamburger will join your fight with zombies, and he can be more energetic in toxic areas.
3. New game system: creative feeding system, training system and cooking system will offer you a brand-new survival adventure experience in the zombie’s world.
4.New Map: a new map of lumberyard will be added to offer you base survival food sources, you can hunt animals and get other materials like potatoes, medical herbs and wheat there.
5.New Character: a man who worked for Big Brother in Big Brother previous gang will appear in new DLC, you will know how can he survive in doomsday and you can trade with him too.
6.New Mode: you can get unlimited survival supply pack under assist mode when you want to have a quick understanding about the new story, if you are an experienced survival game player, you can try the survival mode with significant difficulty to challenge yourself.
7.New Cooking System: you can send gifts to Moira to get new surprise from her.

【Story】
In 201x, an anti-cancer research institute announced the discovery of the key to eternal life. In response to this breakthrough, Faith Energy Company concocted a vaccine-driven startup, the “Human X Plan.” However, the vaccine failed and all infected humans were turned into zombies. The area where you live has been severely affected. To uncover the conspiracy behind the Human X Plan, you have to explore and survive!

You will meet many survivors. Do you want to see them all survive to the end? At what cost? What secret was hidden in the abandoned tapes, newspapers, magazines and files that you find along your way? Can you figure out the password to unlock the hope of door?

【We want to tell you】
This game is our first 3D indie game, we started to develop this game since 2015, and we are lucky to expand team from 5 to 7 members. We've put a lot of effort into "Delivery from the Pain" but we think we can add much, much more!

New content updates will continue as we try to deliver a polished product that you can be a part of the development, growing with us & guiding "Delivery from the Pain" to potentially become a series.

We want all of your feedback, every idea, & each opinion to make "Delivery from the Pain" as sharp & complete as possible.

I like game, graphics, survival aspect, all that. As others have said, keeping fed is difficult so could use some help on that end. Maybe earn a hunting perk or something? My only real complaint is that I’m kind of stuck and don’t know what to do. I’m in chapter 3, not really exactly sure how I’m supposed to go to achieve the next goal. I know I had a conversation with a character about what I’m supposed to do but I accidentally clicked through the dialogue ending and missed it. Checking my notes doesn’t lead me anywhere either so now I’m endlessly wandering the maps trying to hopefully run into somebody. So better markers on the maps, or hints in the journal to remember where your traders are and your quest hints. Otherwise, keep it up!

Great job all round...finally a survival/zombie game I won’t delete after a couple weeks. Never underestimate the power of the airdrop when the going gets tough.

Lack of food hard to get started
Drew clan

There was decent food at first but now none, makes it really hard Finished last boss - got card, met Colin before he dies And went through door and got bad ending. The top left of screen said something but was too quick to read it, tried it twice. Super frustrating. About to give up on game. Need help but notes tell me nothing. This story makes no sense- this game is a waste of time. Deleting now- anyone else who plays will see you wrote a weak story that doesn’t make sense.

Waaaayyyyy to many ads
Jr888

Remove the ads, or just consider asking for the initial paying price

I was charged $4.99 twice. Once from your app, Delivery from pain that includes ads, and I clicked where it said I could buy your no ad version of the game (top of ap.) When I noticed that there was no change in the game, I went to the no ad version of your Delivery from pain to see if it saw my previous purchase, but NO, it charged me another $4.99!! But I’m sure you know you’re doing this and making virtually impossible to contact you to get a refund on the 1!!!

Better than other survival games!
Smileyshelby

I really love survival games, but many times it’s just “survive” with no real story or mission. This one has a story which I am loving! I also find in other games that there is a paywall or it becomes too difficult to play. This game allows you to watch ads to help you out. I love that too! There’s no energy consumption when you travel, you just have to be mindful of your health, energy/rest, hunger, and mood. So far, there’s no dog yet like in the trailer video, but I am still in the beginning stages. There is also no dodge button when zombies attack. When creating weapons, there is no indicator of the weapon is slow or fast, and how much damage it deals. This would be a nice addition. When sleeping, cooking, or building, you should be able to look into your inventory or your characters health page to think about what you’ll be doing next. Otherwise, I’m just waiting. I also don’t think you should die or pass out when your mood hits zero. Update: There seems to be a point towards the end when you enter areas that require a mask. In these areas, little bugs keep sprouting up. After killing them, going thru a door, and then returning, they seem to wake up from the dead. It feels like a pay wall because they completely deplete your weapons due to how many there are. Good game, but at that point you’re just stuck. Update 2: Props to the devs for responding! :) That’s a good tactic for how to avoid the zombies turning into bugs. But it doesn’t help the areas I’ve cleared where there are only bugs now. Will update as I continue playing.

It’s a fun game game but at times it kicks you out of it fix it and it’ll be better.

Game is great; here are some suggestions
idkThien

The game overall has a great story and is really fun to play. I love the concept of time management and building, fighting, everything. I’d suggest to review the required materials needed to build certain things. Some of the things seem odd, like how you need rubber to build a Molotov cocktail bomb. I also noticed that there is an error with the conversation text. It would pop up previous responses in the middle of conversations making the story a little confusing because I wouldn’t know how they truly were to respond. I also suggest to add a meter to show how much damage each weapon does to compare which is stronger. Same goes to food and other items to see how much more of an effect it has. I also had an issue with using the lock pick with a lower amount of uses left when having more than one lock pick in my backpack. I’d suggest letting us pick the lock pick to use or automatically using the one with lower uses (use the one with lower total uses if let’s say there is a 2/3 and a 2/2 lock pick)

Great game but one problem.....
DawnFireFox🦊

The game is great and all but their is just one thing... It’s the dialogue, yes I know that a bunch people (I think) talk about the dialogue. But the only problem, is it ok if you can like add a “respond to what their saying” kind of thing? I mean I have played the game and all, but the only problem is that I can’t if you miss click you can’t go back unless you restart the game or something so I have an idea. (Sorry for the run-on sentence) Why don’t you add choices what to say and only limit to 2-4 choices to say, just because and also put on the bottom but not like actually on the bottom, ok. So that way If you can add that people can actually read what their saying instead of mis-clicking. So yeah I know the game just came out but hey that’s why theirs reviewers for a reason... Any way I hope your not busy so that way you can read this and also stay healthy and safe COVID-19 (Sorry for a long review, I can’t help my self) Made by: DawnFireFox🦊 Edit: Yeah but what I meant to try and say is the beginning of it. You know the whole stuck In a hospital thing with a survivor and stuff and other thing not close to the ending with choices, that is what I meant to say. Sorry. Great game though.