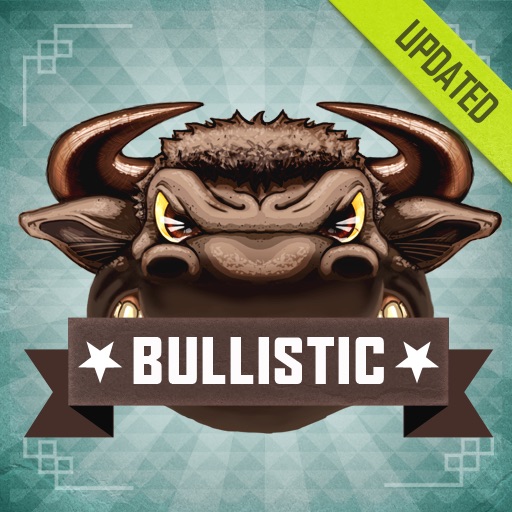 A bit stuttery and slow. Needs to be smoother and a bump in the graphic quality would be a huge plus. Also, tell a bit of a story behind the worm faced store owner and the bulls. Can't wait for the update. Hope its major. Otherwise, fun game with massive potential.

did the "devs" pay gawker?

the only way people found out about this embarrasing ripoff is that gawker post obout it over @kotaku(wich shouldn't come as a surprise considering their low level "journalism") probably the "devs" paid kotaku or something (the money would've been well spent on something like an idea for your game). C'mon Apple please give negative stars for ratings.

Did not enjoy. No options menu to turn off the horrible guitar track you hear every time you hit something. Also, the frame rate slows down a lot when you launch your bull. It's horribly short and you can't select a level you'd like to play, you have to play from start to finish every time you start the game up. Add 30 levels and get rid of the guitar tracks....then we'll talk.

Choppy frame rate. No level select screen. Poor physics. I gave it 2 stars because its free and I can't give a free app 1 star.

I love the concept but this is a bad knock off. They should have taken the time to get it right.

Downloaded this game because kotaku mentioned it. Deleted this game after I played the first level. Don't even waste your time.

I normally don't like to post negative reviews, but this isn't a very good clone. I'll give them points for taking a twist on the term "bull in a china shop", but it's akin to just changing the skin/costume on a character like in other games and it's branded as DLC or, even worse, "exclusive" content. Just come up with something more original next time. And yes, the music is *too* repetitive/annoying...hoping that option will be turned off with future updates.

Keep in mind guys, Angry Birds WAS NOT the first game that had this style of gameplay. 3/5 for only releasing 5 levels. The game itself should always have a good amount of content before updates.

Can't wait for the update