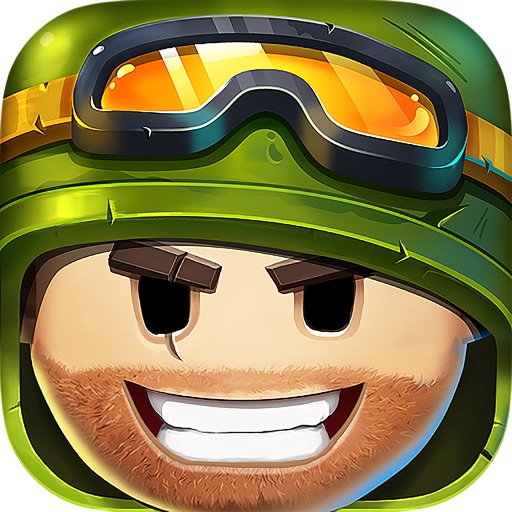 The Troopers: minions in arms 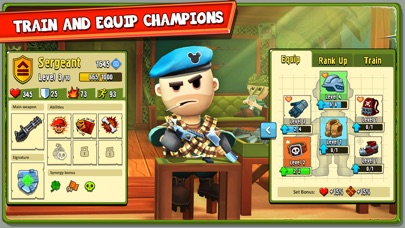 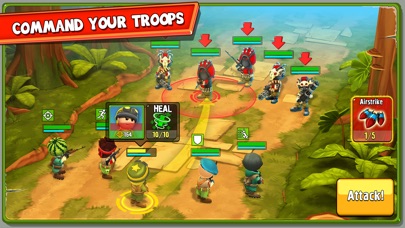 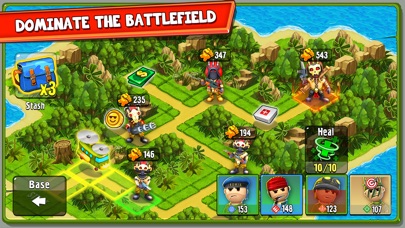 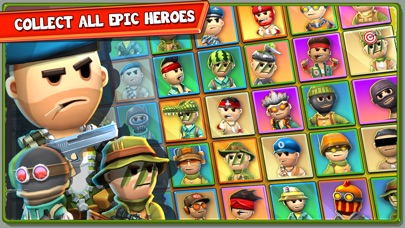 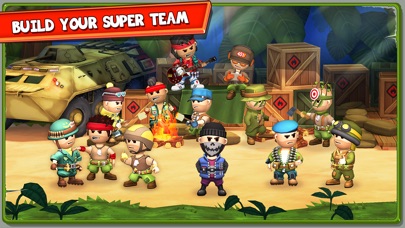 The great time killer with addictive gameplay.
+ Lighthearted strategy with tactical battles. Nice and easy to play!
+ A little bit of humor mixed with strategic battles.
+ A war game which doesn't take itself too seriously!
+ Handcrafted music and good graphics.
+ Funny and crazy combat dudes.

Draft, train and rank up your ragtag band of fame-addicted soldiers!
Build a collection of do-or-die minions. Collect all 90 tiny, perky and angry army dudes. Deck out your tough guys with the full range of elite equipment. Build your own huge collection of crazy weapons and gear!

Heal and revive angry scouts and agile spies on the battlefield. Use expendable badges and medals to upgrade hothead troopers and deck piercing Snipers on base.

The more troopers you draft and blend, the more combat crews you can command. Build 'em up now!

Overturn the global order in an epic contest contra creepy V Inc. in a crazy backstory!
Board your soldiers on a military copter and get into action. Explore maps and combat V Inc. troops and show them who's the boss. Travel through hot jungles and mountain blizzards to seek and destroy elite bosses.

Go into combat on beautiful battlefields and reach the V Inc. secret shelter for the final epic contest with an enemy prime minion.

Lay the military smackdown on your fiends in PvP mode!
Charge into face to face combat with your friends to blitz your road to victory in battlefield arenas!

There can be only one commander! All the rest are just creepy expendables.

Launch a banzai charge with all your elite soldiers in raids!
Charge big maps with your whole collection. Blend your combat crews and throw the troopers into do-or-die raid missions.

No place for goldbrickers! Shout "banzai" and commit the expendable reserve to action.

== Connect ==
Join the The Troopers community and stay tuned on Facebook: https://www.facebook.com/thetroopersgame
We are happy to answer all your questions at [email protected]