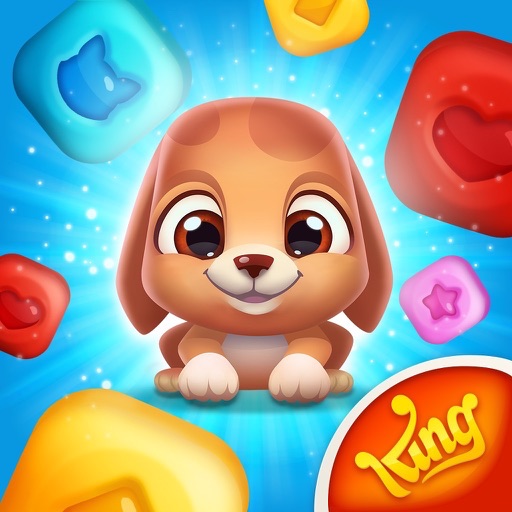 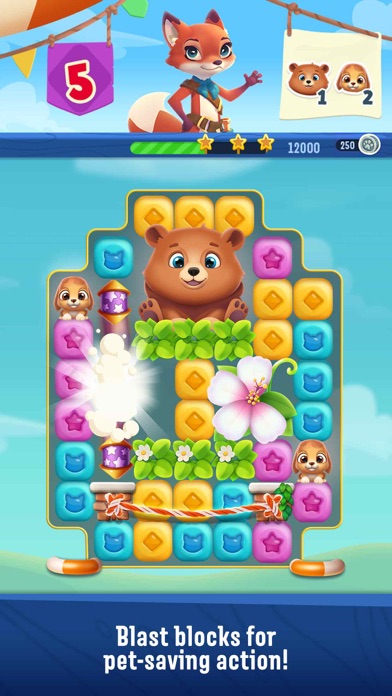 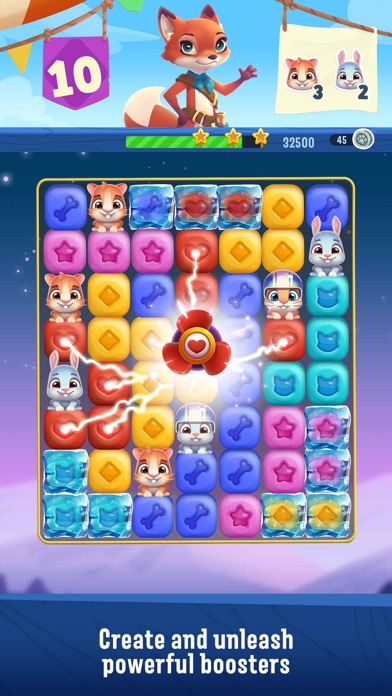 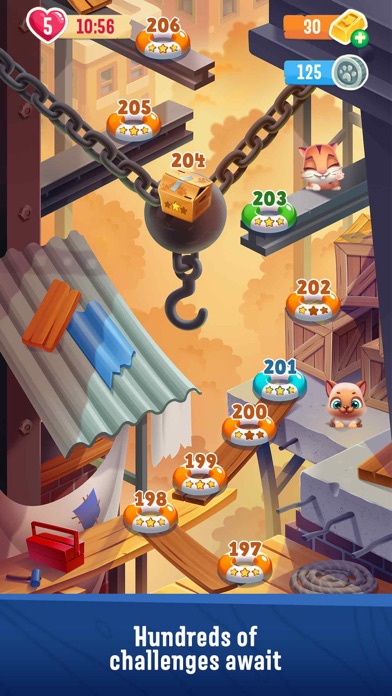 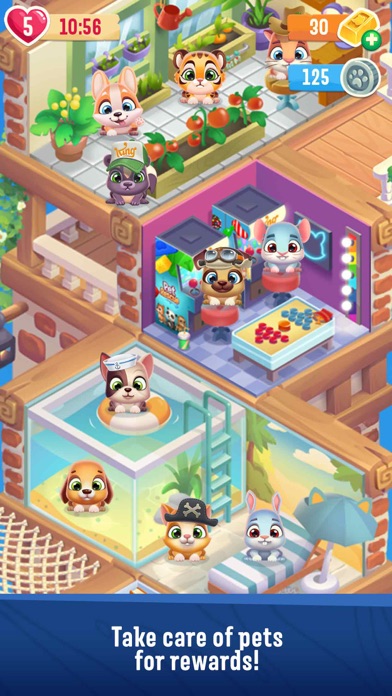 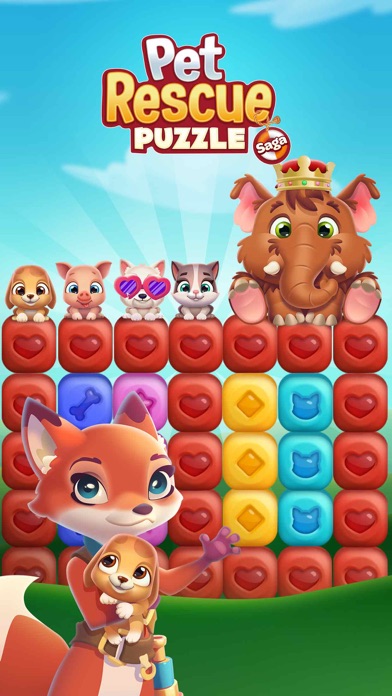 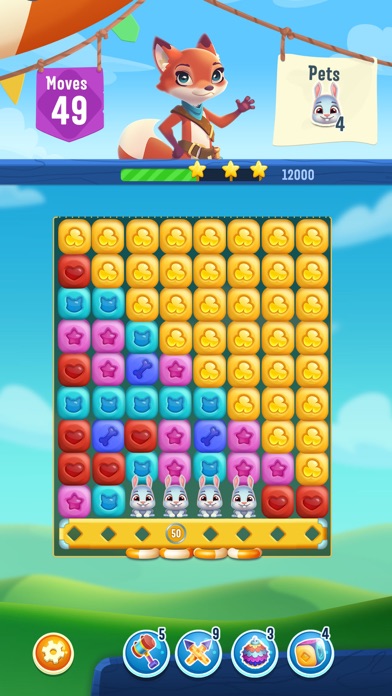 Challenge your matching skills and solve unique puzzles to save cute pets from danger. Embark on this endearing adventure with Fern the Fox, and unlock pets of all shapes and sizes along the way.

Tap blocks of the same color and craft powerful boosters to rescue the pets and bring them home to safety.

Saved pets are kept safe in the Pet Home. Don't forget to visit them for free in-game gifts!

With so many adorable pets to collect and a huge variety of exciting challenges, this is the perfect puzzle game to rescue you from boredom and keep you entertained!

You can turn off the payment feature by disabling in-app purchases in your device’s settings.

Pet Rescue Puzzle Saga features:
• Over 30 cute pets to collect (including popular pets such as cats, dogs, and more exotic animals like pandas & sloths)
• Hundreds of challenging puzzles
• Rewarding gameplay in vertical & horizontal scrolling levels
• Tap blocks of the same color to blast them away and rescue the animals
• Match 6+ blocks to create powerful boosters to help you blast through levels
• Claim free boosters in the Pet Home, and take care of your pets for free lives!
• Visit the Pet Home to accessorize your rescued pets!
• Fun new game modes:
- Diverse rescue missions including 'climb the vine', 'hatch the eggs' & flooded anti-gravity levels
- Remove the blocks & plants, break the ice & crates, and pop the bubbles to win!
• Leaderboards to compete with your friends and competitors high scores
• It's easy to sync the game between devices and unlock full game features when connected to the Internet

Visit https://care.king.com/ if you need help!

A nice change from Candy 🍭 Crush. I like the tending to the pets to get extra life’s! Nice treat.

Not a fane if your new version👎🏼
cupcakequeenforev!!🧁

I just got the game I loved it played it in the morning. Then in the afternoon I got on and you changed it. I like that you got ride of the bugs. But the new version is not as fun how do you even see how to feed and take care of the pets. Please change it back. Or make something similar to the home part. It is a fun game though!

The game is a lot of fun!

Bring back the map
KMcD25

I loved this new King game. I made it through all the levels last week and was going through and replaying all to get 3 stars. The old map is now gone and I can no longer replay older levels except a “random” button. Why? This guarantees I won’t be playing the game anymore every time I run out of levels.

Where are the cute maps and the rooms?!?
Iulie5un

I was really enjoying this game for the most part but now with the update... the map is gone for each new set of levels and you can’t see your animals in their rooms anymore! Bring that back... it was good seeing them and adding new rooms, interacting with them, etc! Now the map is simple and boring and from what I can tell, you can’t go back to previous levels :( I was liking seeing what the next world would look like! Now as previously mentioned, it’s a simple screen... I do like the book where you can see all the animals collected but that should’ve been an addition not a replacement of the home screen where you got to interact with the animals! I’m quite upset and might not continue playing because of these changes! :(

The last update not only took away the cute house for the animals, but the game is messed up. You can’t get extra lives and I’ve been playing the same level for a week. Not because I lack the skill to beat it but you have to get 200 red blocks and it’s not giving me ANY red blocks