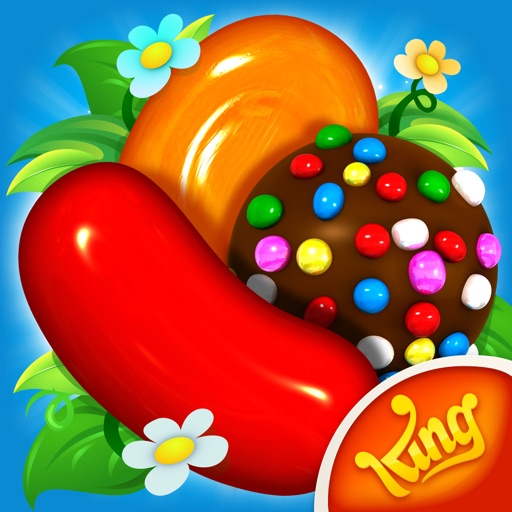 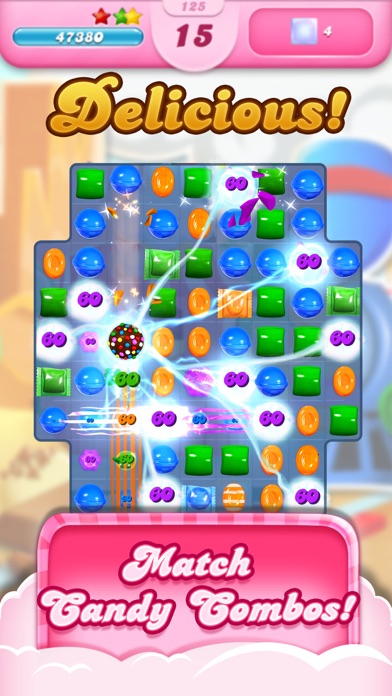 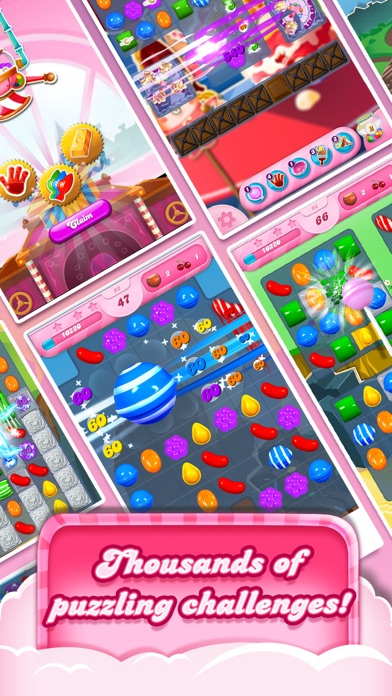 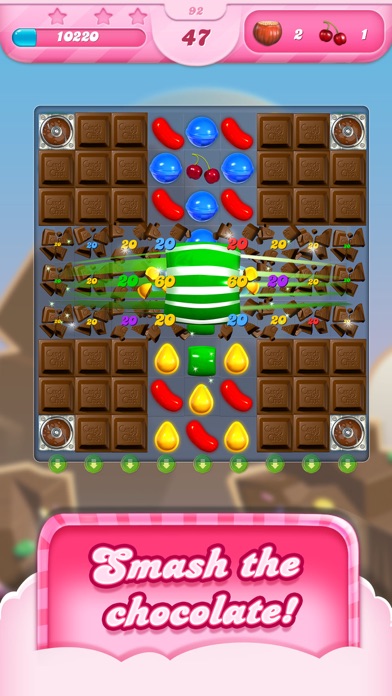 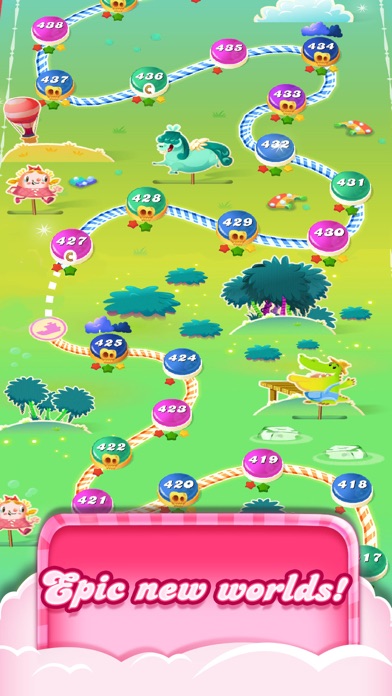 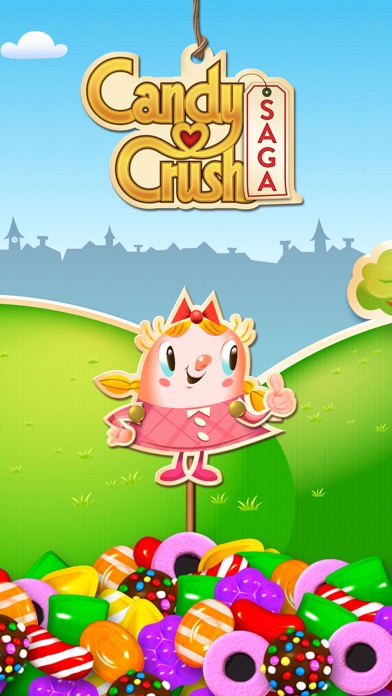 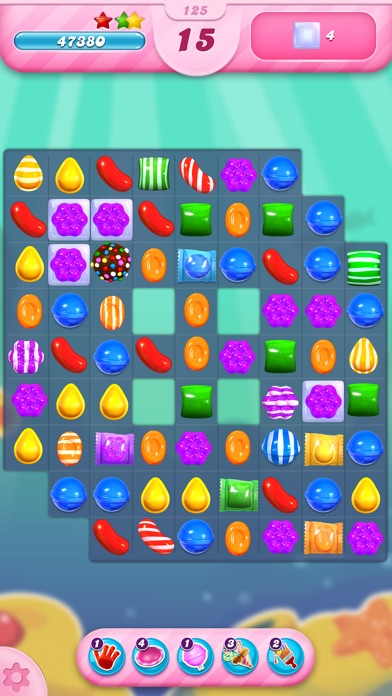 The sweetest game ever!

Join Tiffi and Mr. Toffee in their sweet adventure through the Candy Kingdom. Pass level 50 to unlock Dreamworld and escape reality alongside an owl named Odus. Switch and match your way through hundreds of levels in this delicious puzzle adventure. Isn't it the sweetest game around?

Take on this deliciously sweet Saga alone or play with friends to see who can get the highest score!

Candy Crush Saga is completely free to play but some in-game items such as extra moves or lives will require payment.

You can turn off the payment feature by disabling in-app purchases in your device’s settings.

● Tasty candy graphics that will leave you hungry for more

● Easy and fun to play, challenging to master

● Hundreds of sweet levels in the Candy Kingdom - more added every 2 weeks!

● Leaderboards to watch your friends and competitors!

Last but not least, a big THANK YOU goes out to everyone who has played Candy Crush Saga!

When you first get the game it tells you what to do and when to do it.Id much rather play the game when I want and how I want to do it.Those little things where it tells you hey there’s a move right here.id much rather find a move myself then have it tell me.But that’s really hard when it’s pretty much saying more like yelling out OVER HERE!!! The games fun and I enjoy it but when you do something a whole different thing happens say like I did a move then after I see a good move but I can’t even click on it because a whole different thing happens.the games good and all I will continue playing it but this is just gonna be a..2 star review sorry

OMG this is the best game ever*!!!
Nelshark

I just got this app and I love it, I can’t stop playing it and it’s a great time kill. I honestly can’t think of anything bad about it. I highly recommend this app and if there’s one app in the world this should be it. You can get an inventory, win, place’s every Sunday and ask for lives from friends! If you’re looking for an awesome game then this is it. P.S. I’m a kid and my name is actually Layla LOL

No longer as fun!
89kitkatkatie76

I’ve been playing this game for several years and have enjoyed playing it. Made it to 1500 level a few times and then l have started the game over because it is so difficult at that point. Now l’m at less than 500 and it seems most levels are now so difficult that it’s gets very boring trying to get to the next level. The challenges are too hard to just relax and enjoy playing. Maybe you should have different levels for players...those who like all the hard challenges and those who like some challenge but not to that extent.

I have been playing Candy Crush since its inception and still play..over level 5,800. But my time is coming to an end. Too many levels require in-app purchase in order to clear the level and the number of hard, super hard and nightmarishly hard levels take away from the enjoyment. Now you have stopped earning boosters for passing levels in succession....it’s that in-app purchase greed rearing its ugly head. I have been on level 5876 for over a week and unless I spend a lot of money, there is no way to pass the level. You cannot change a board without losing a life. You cannot go back and earn boosters by playing previous levels. All changes so you can get more $$. So after all these years of enjoying Candy Crush and spending a lot of $$, you have made the game no longer fun and more expensive. Greed always gets in the way. Thanks for the memories!! Burned Out & Broke!

The makers of this game have become money hungry causing the game and levels to be impassable without spending money on boosters and more moves. I’m in the high 2000’s in the level and have been playing for years. Many of the levels I’m passing through now had way more moves in previous versions (I looked it up) making it impossible to pass without paying money. Disgusting. I will not be playing this game any longer. It’s a shame. I used to have to play each day and now I couldn’t care less. I hope everyone else starts catching on to their money hungry intentions.

Its good but
supertigerman user

This game is giving me relief from the stress of the daily onslaught of terrible news.