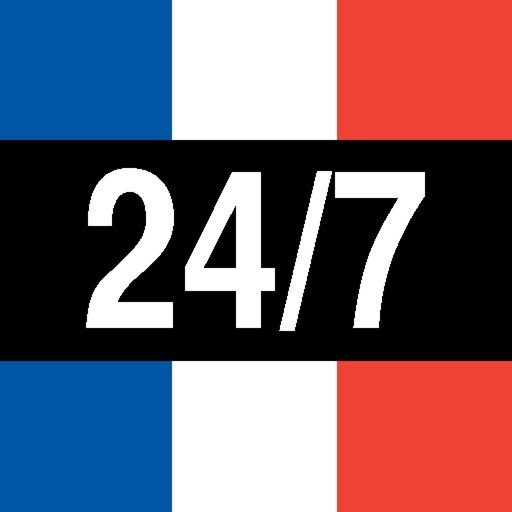 Learn or refresh your French, anytime and anywhere with a mobile language lab. 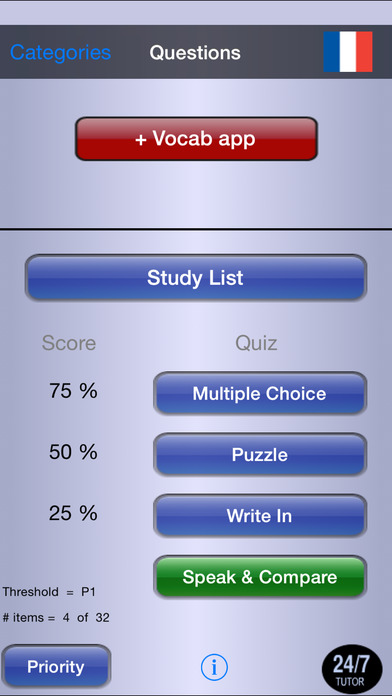 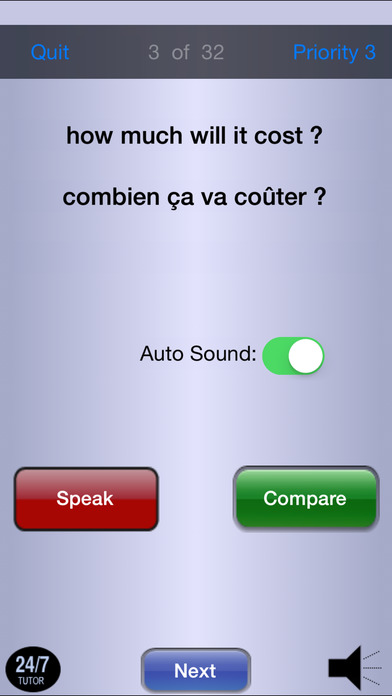 The FUN way to learn a language!

24/7 French goes beyond the simple talking phrasebook or flashcard programs, providing a set of engaging, interactive study tools that help you really learn the language.

I really like these apps. They're so useful for learning French.

I did not get what I ordered!!
Opus8

Very few phrases to learn, not useful in traval.

This series of French aps are the best! I can't wait for more.

This product is perfect for people who are going to take a trip to France, or Monaco for that matter. It is also a great way to say, "Je parle un peu le Français." (I speak a little French). I especially love that each phrase is spoken by a native (yes, female) French speaker. I give it four stars because I can't give 4 1/2 stars, and I give it that because I think that there should be a little more phrases for the money I paid. The app was worth the cost, but just barely. Oh, and for those of you debating on wether to get French 101, or 103 (this one), I recomend this one.

I've been studying/ learning French for the last year. Tried oodles of products both audio & written material & this outshines all of those! The French speaker is clearly & easily understood. The vocabulary review techniques cover all types of learning styles.(7 Can you tell I'm a teacher??). To start your basic French phrase learning start with this along with Michel Thomas cd's that are available from the public library. Both programs reinforce one another & make learning easy & interesting! Initially , i started with the limited edition of 24/7 & liked it so much i purchased the next two programs. Great job. Thanks!!

Can't find the audio it says it has in the description.

Love this series of Apps! I initially downloaded the free app, i liked it so much I have purchased all the 24/7 French Apps. My Daughter is minoring in French in College. It is great fun to talk French with her.

I would definitely buy the Swedish ones... If there were any of course.

March 10, 2013 update: I sent the authors of this application two letters expressing the need for more phrases to be added, to which they did not reply to either letter. The free version of this app gives six categories of phrases, and the paid version only gives 12. There should be many, many more categories of phrases in the paid version. The phrases they do have are however very useful and I like them. The graphical interface is quite austere and needs some eye candy. Really, this request is only a nice-to-have as the app is stable and educational, but plain. Come on developers, give us some more for our money, then you will have a genuine five-star app. I'll revise my review upward then.