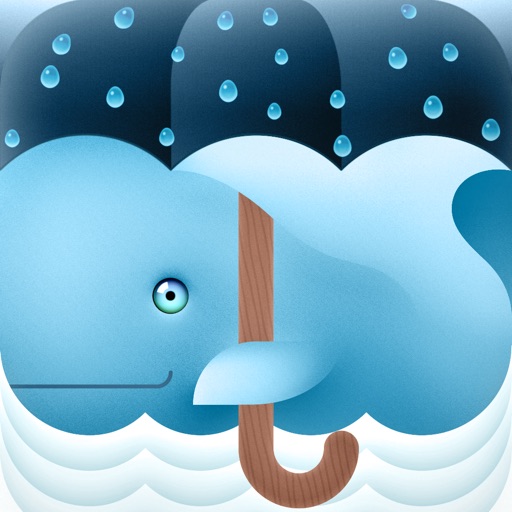 • Picked by Apple for inclusion in the App Store Best of 2014! 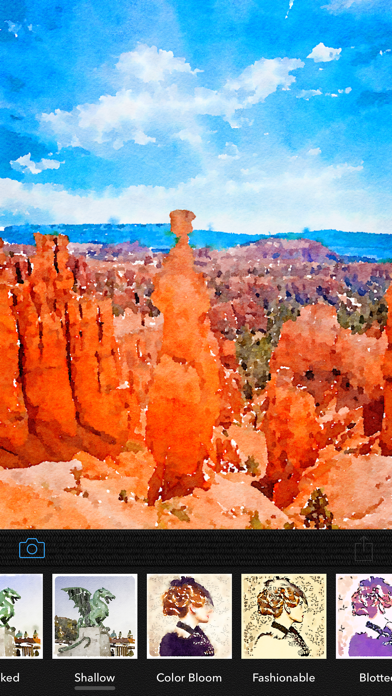 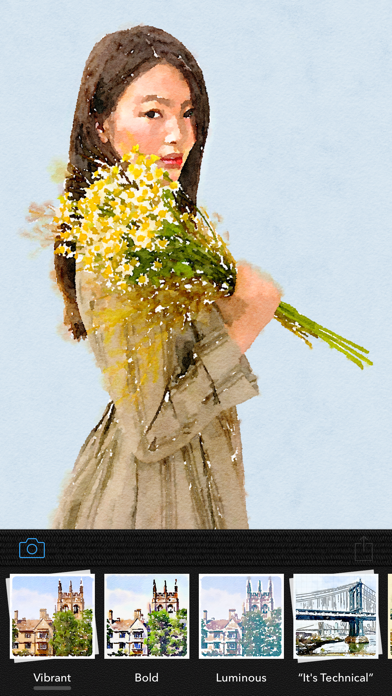 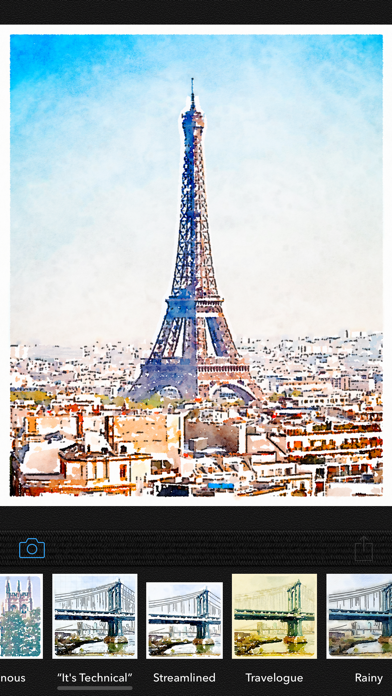 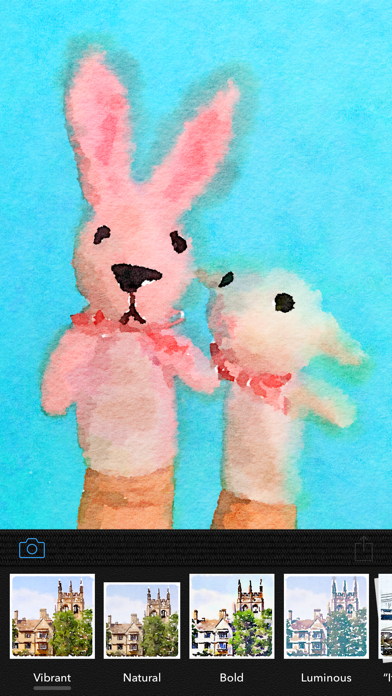 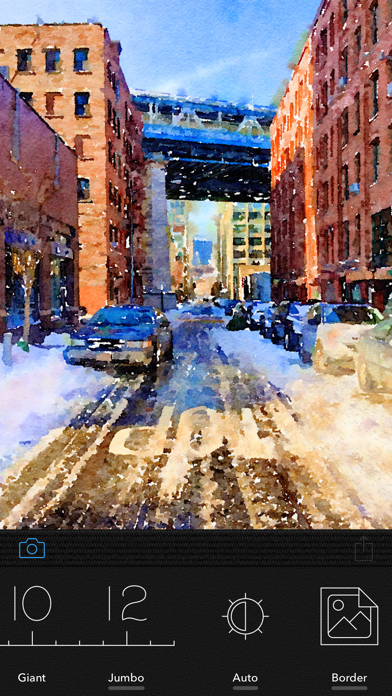 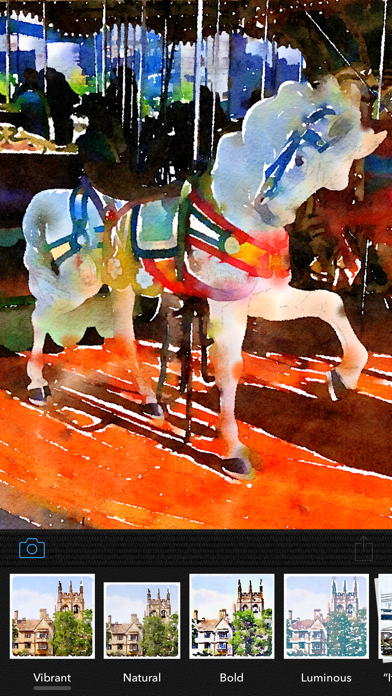 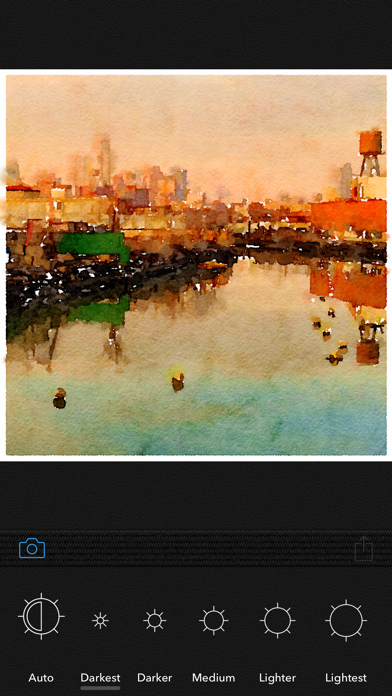 See the world like an artist! You don’t need to paint to create beautiful watercolor images—Waterlogue captures the essence of your photos in brilliant, liquid color.

• Waterlogue transforms your photos into luminous watercolors.
• Watch Waterlogue paint as it transforms your images.
• Save your watercolors and share them on Instagram, Twitter, Facebook and Tumblr.
• Use your watercolors to create an artist’s journal or notebook.
• Create beautiful, high res, frameable art for your home.
• Universal App for iPhone, iPad, and iPod touch.
• From Tinrocket, creator of Percolator and Popsicolor for iOS.

iPhone, iPad, and iPod touch devices running iOS 7 and greater. Maximum rendering detail and maximum export resolution depend on each device's capability. Waterlogue runs advanced image processing software for the highest possible quality watercolor rendering. It produces wonderful images on any device that runs iOS 7, but your rendering times will be shorter on newer, faster devices.


KEEP UP WITH WATERLOGUE:


WHAT PEOPLE ARE SAYING ABOUT WATERLOGUE:

• “…with Waterlogue, it’s clear that there’s a very thoughtful human touch behind the app’s painterly algorithms.” —WIRED, Mar., 2014
• “…Waterlogue is going to utterly amaze you, as it’s the first app I’ve seen that gives results that really look like a watercolor painting.” —Cult of Mac, Dec., 2013
• “Watercolor apps may not be a new idea, but Waterlogue does it in a gorgeous, intuitive way, and it’s quite a pleasure to use.” —AppAdvice.com, Dec., 2013
• “Waterlogue App (from Tinrocket) looks awesome!” —Jack Hollingsworth, Photographer, via Twitter @photojack, Dec. 12, 2013
• “It goes beyond typical Photoshop watercolor filters because it has more visual intelligence, and more of the feel of the real paint.” —James Gurney, Artist and Author of Dinotopia, gurneyjourney.blogspot.com, Dec., 2013
• “Ever since digital imagery came into its own over 20 years ago, there have been attempts to mimic traditional media. Where others have failed, Waterlogue nails it.” —PatrickSaunders.com, Dec., 2013

Super easy to use. Super quick, friendly, and helpful tech support the first and only time I needed it. I use it in my business and get compliments from it all the time! Thank you for making me look so creative and thoughtful. Ha!!

Barely has any options to choose from. Pictures are very unclear.

It creates realistic watercolors from photos. My purpose is to get these renderings to use as layers in other images, in apps on phone and computer. Waterlogue accomplishes this well.

It does an ok job but not worth the money

Easy to use to create great watercolor effects on your photos!

This is a very limited app. It changes your photo into something that looks like a watercolor painting but, in my opinion, only about 3-4 of the choice look good. I would like more editing abilities. Sometimes I can get a result I like better by using another app to do a double exposure. I have not had luck using this app with portraits of people. It consistently makes the lip color bleed into the teeth. Not very attractive! You can do better guys!

This app said it could be shared with others in the family. How do I do that? When I am on the app there is nothing to explain the way to share it. Thanks.

The Happy App
A non-famous photographer

I tried several other art apps but come back to Waterlogue for it’s speed and easy functions. I recommend Waterlogue 100% of the time.

Only one of the filters even makes your photo legible. The rest just look like a paint splatter. Not worth $5 at all. If I could get a refund I would!! So bad. Do not purchase.