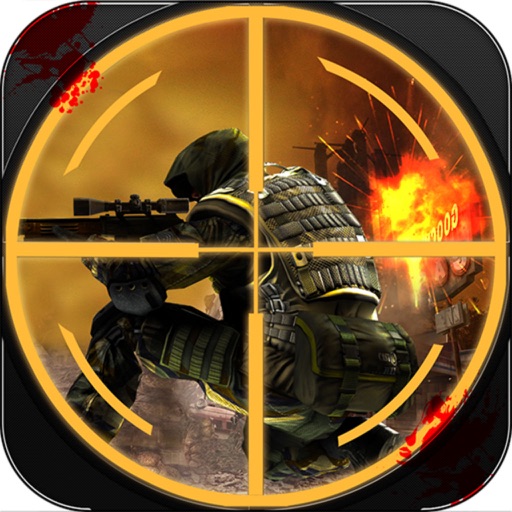 Our world has been under the danger of terrorists. The super powers have launched a dangerous assault mission to blast away the gang of terrorists with anti-terrorist war guns, steamy explosives, undercover agents, marines, sharp shooters and specialized military snipers. Aim of SNIPER ARMY SHOOTER MISSION is to kill each and every terrorist from this planet. Real feel of 3D sniper as dreadful and thrilling as in real, it’s the Best FPS shooting game of 2016!

SNIPER ARMY SHOOTER MISSION
*it’s time to become a survivor*
*it’s time for Rescue mission*
Hold your sniper and drive the 3D anti-terrorist mission. You’ll have to take number of Rescue missions in real 3D environments. To finish the last terrorist on planet you have to wash them off from everywhere.

You’re chosen for the war mission of diluting enemy from the base camp holding sniper and kill them to death with sniper because you’re a best sniper army shooter. Select a dreadful sniper war weapon and start the mission, before starting each mission statement will be displayed, each mission illustrate the number of survivor you need to rescue. Kill the criminals in the war of sniper shooting and target them at head and shoot.

Hit to Rescue
We know you are top ranked sniper commando of Anti-terrorist elite army. Committed to your assigned survivor missions as a shooter you have to get up and tuned to your best Elite army sniper shooter skills and Rescue the world.

Hold on your sniper gun, pull the trigger, and widen the scope of attack on enemy, aiming for the headshot to kill them hard. Finish the entire terrorist so that you can attack the next base. Terrorist shoots may hurt your sniper shooter, so stay focused. Battle is between the good n bad / Terrorist & anti-terrorist forces. In SNIPER ARMY SHOOTER MISSION, you have got the best Elite Army anti-terrorist war sniper, latest helicopters and trained troops with amazing skills to destroy the terrorist and their camps. Enjoy intuitive 3D UI and amazing sniper 3D animations in SNIPER ARMY SHOOTER MISSION