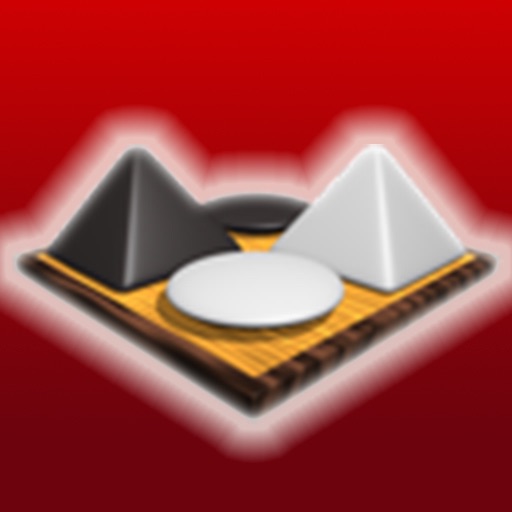 PLAY WHAT THE ROMANS PLAYED, on your iPhone/iPod Touch.

It is the year 20 BC. Emperor Augustus has brought peace to a young Roman Empire. Two friends sit upon the steps outside the amphitheatre, locked in concentration over a stone board upon which glass pieces have been placed, trying to gain an advantage over one another. They’re playing Ludas Latrunculorum, a game already hundreds of years old, which enjoys a high level of popularity within the Empire.

Now you can play what the Romans played on your iPhone/iPod Touch. Using the latest in Artificial Intelligence, we’ve recreated this ancient game for your enjoyment.

Rules:
* The initial board configuration is automatically set-up by the computer.
* Black moves first.
* Players alternate turns during which a single piece of the player's own colour is moved.
* Pieces may move horizontally or vertically any number of spaces (like Chess rooks).
* A single stone is captured if it is surrounded on two opposite sides by pieces of the opposing colour.
* The outside walls cannot be used to capture pieces.
* A stone in the corner is captured by two stones of the opposing colour placed across the corner.
* Multiple stones can be captured along a line.
* If a player moves into position to capture a line of several opposing pieces which includes the Dux, the Dux is not taken but the other pieces are.
* The Dux cannot be captured, but can be immobilized by being surrounded on all four sides.
* The first player to immobilize the enemy Dux wins.
* The Dux is immobilized if it is blocked by an enemy stone such that it has no place left to move.
* If the game stalemates, the player with the most captured enemy stones wins.
* The game ends when 30 moves are made without a capture, with the player with the most pieces remaining on the board declared the winner.

This game's great once you figure out the rules. Except, the AI really is too weak. I'm easily able to beat it in three moves. Aside from that, good work on the smooth gameplay and such!

This is a very interesting game once you get down the basics, which is found on the main screen that you download the app on. The computer is very easy and there is no two player option. Definetly worth a try (since it is free) and a great bit of history.

challenging & fun. i like the spareness of the graphics, too; no garish or goofy color schemes. only 4 stars because it's missing any in-game information...like the rules & the game controls. fix these & i'll consider purchasing. no idea if they're included in full version, but they definitely need to be. English, please; only had 1 year of Latin, back in the 60's, & i'm REALLY rusty. ;) had to go back to the app store to get the rules; figured out how to move the pieces by accident...touch piece, then touch square you want to move to. 2 big omissions, but fix these & you have an outstanding, unique game. kudos for bringing such a novel, "new" game to us.

This is a great game! It takes a lot of thinking and strategie and overall, it's great! Y'all who say this is bad are totally wrong! Great game, 5 stars!

Cool "new" game! It's fun if you like logic. At first I was kind of bummed there was no undo but it just makes the game more challenging. I'd like to see statistics added and two player. Although those are probably in the one you have to pay for. lol

I upgraded to v2.0 today and I am not happy. 1.) The gameboard and game pieces have lost their crisp, sharp appearance. There is a hazy and cloudy appearance to the game. 2.) It now takes several seconds for captured pieces to be removed from the board. 3.) The game has crashed several times. And after pausing the game, it will not let me return to the game in progress. I have had to either restart or quit. This used to be my favorite game app but not any longer.

I'm amazed and happy this game even exists for the iPhone, didn't think there would be one, it's historically accurate, easy to use and free, will probably buy full version.