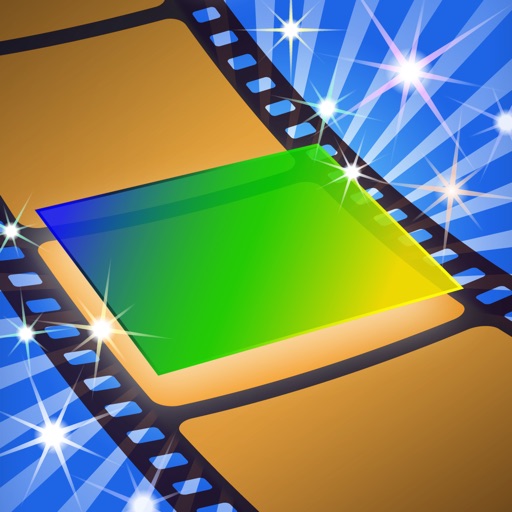 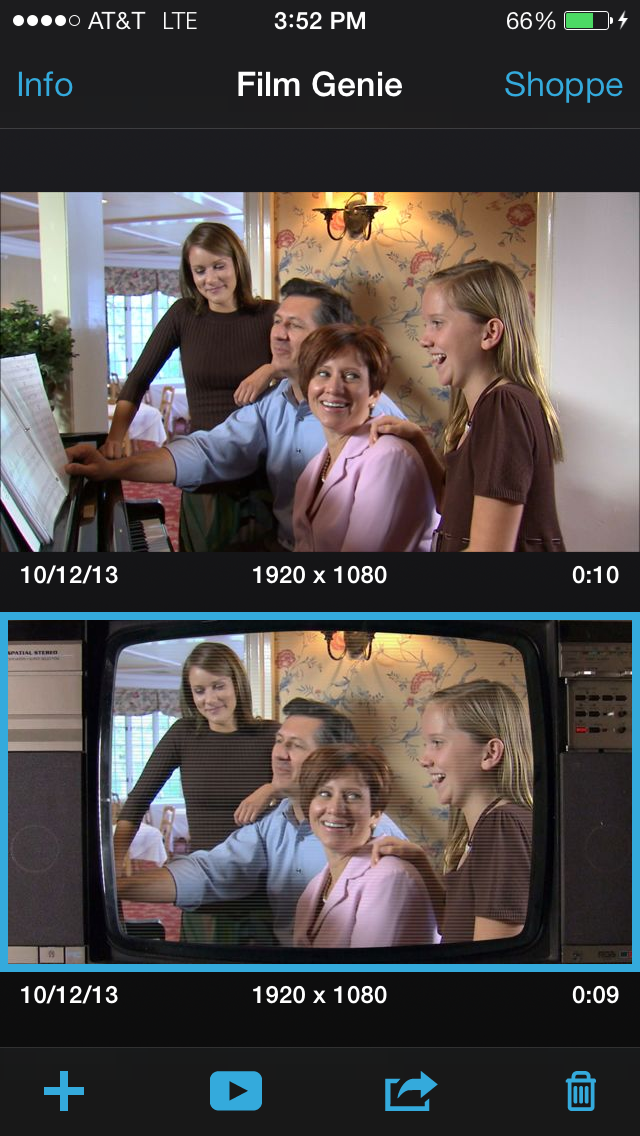 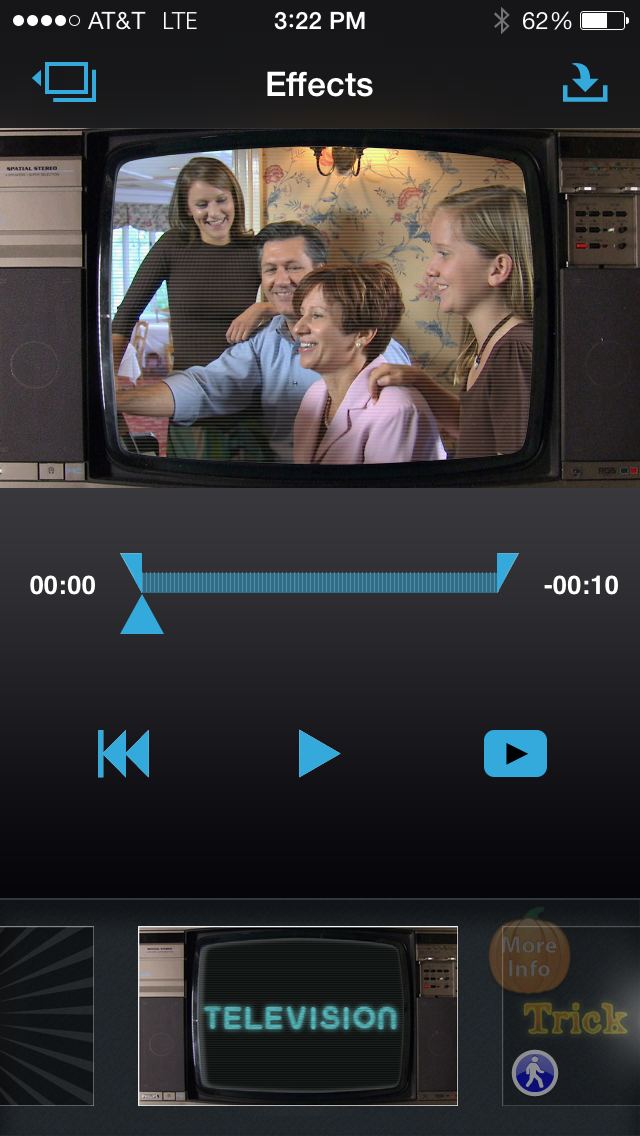 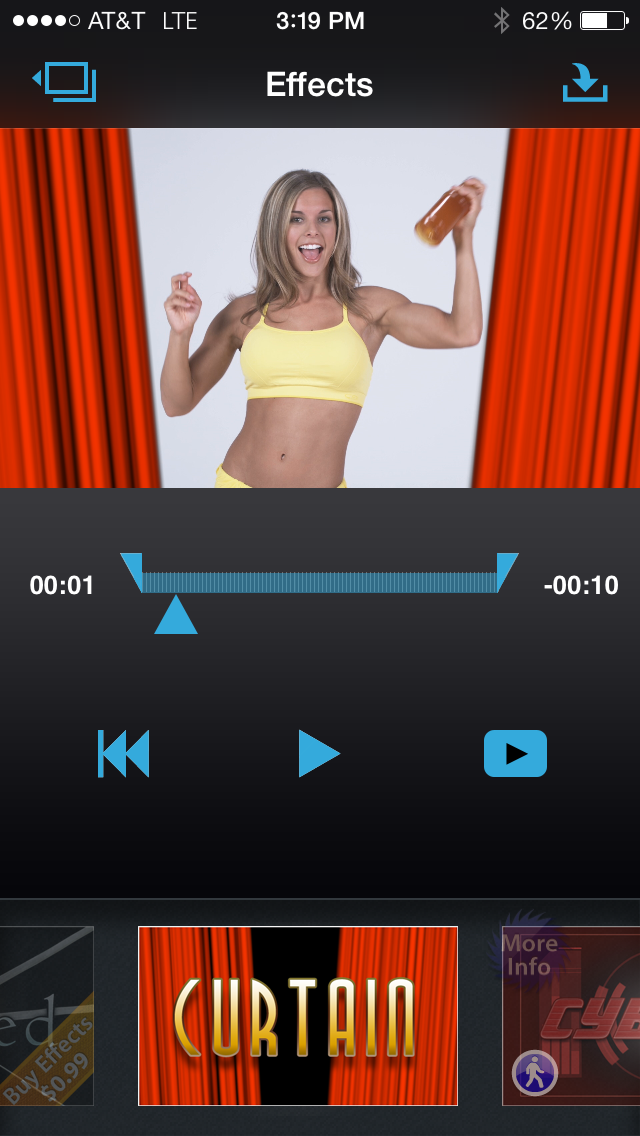 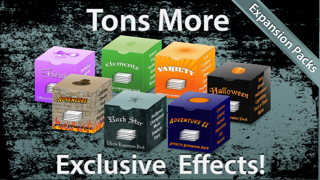 Film Genie goes beyond typical film grain and color correction. It combines the phenomenal quality of professional effects software with the portability and simplicity of iOS. Mix and match multiple effects to add depth and enhance realism.

Film Genie is the perfect companion to iMovie (and other video apps) for creating any type of video project!

The app includes three different kinds of effects: Intros, Frames, and Loops. A sampling of each kind comes as part of the 13 effects included in the free download. For example, an Intro is a professional animation that precedes the video and provides an Introduction to it. The Curtain Draw depicts a red velvet, theater curtain that opens slowly to reveal the video playing behind it. Frames are still masks that literally frame the video, such as the Art Frame, where an elaborate, gilded, golden wood frame enhances the video by placing it within a context. Finally, Loops are professional animations that are superimposed over the video, like Carbonation, where multi-sized, transparent bubbles of water fizz across the video, rising from the bottom to the top.

*720 HD not supported on iPhone 3GS
Please report any bugs to [email protected] with as many details as possible.

Wish they had more options but dope

This app is a great way to inject some energy into videos I take on the go. I recommend this app to anyone who likes to share their iPhone videos with others. there is a great verity of effects that make this app well worth it.

Those aren't effects, those are cheesy overlays, many of which you have to pay for and are not worth it. Effects give your videos different looks like other video apps do so much better. Make the download smaller by getting rid of that help video. Make it available online instead.

Loved it. It did take a few minutes to download, but it was worth it. Already sent some movies to friends that wanted to know what app I was using!

Very interesting app.. IF IT ONLY STOP CRASHING!!!! I was able to create one video, but after exporting it-- the app WON'T OPEN ANY MORE!! WASTE OF PHONE MEMORY!!

Wow. Finally a way to have fun sending video's. I started with the basic free app but within minutes started getting more fun effects after I saw what this can do! Get it and play away, look out Hollywood here I come.