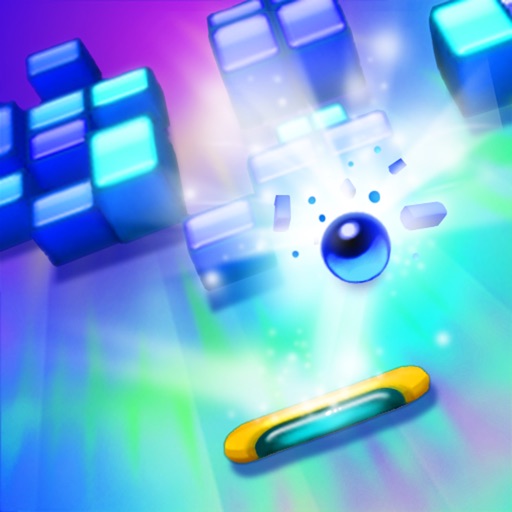 Experience a revolutionary brick breaking game that sets a new standard of fun over any break out style game you’ve ever played! 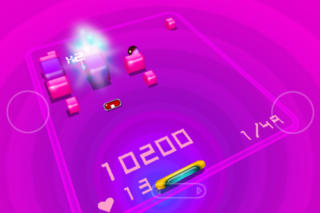 FEATURES:
•Three game modes:
(1)Revolution Mode – Survive as long as you can playing endless levels and battling deadly bosses
(2)Classic Mode – Complete 99 levels and defeat the final boss
(3)Time Attack – Go as far as you can in a battle against the clock
•More levels, brick types, boss battles, game modes, power-ups than ever
•Never before seen Revolution mode features the ‘infinite’, big tower of brick levels, boss fights, secret levels and more
•Over 20 super power-ups including Lasers, Nuke, Mirror and Smart Bombs
•Great controls - gently slide or tap your fingers on the touch screen to break the bricks
•Check your progress in real time; earn up to 30 Achievement Badges for completing challenges
•Excellent music and sound effects

FIND DC ON THE WEB
Get updated with Digital Chocolate’s latest product, promos and game tips! Visit us on Facebook, MySpace, YouTube and Twitter! Find us FAST by searching for dchoc.

All trademarks referenced herein are the property of their respective owners.

Can't even play it because of the ads that pop up every 3seconds. Going back to playing Clash of clans =[

Crashes as soon as I tap on the app icon.

This was the best brick breaker game I ever played until the ad popper went crazy. I put up with it for a while, because even though half the time it would pop up just as my finger was coming down, it seemed to at least stop once I got started playing. It just popped an ad as the ball was coming down. I will not be playing it again until I can get to the game itself with one ad or less.

Your apps are killing your product.
DesertTheWanderer

The apps float on top of the menu making it difficult to read the TOS or setup the game.

Was decent until I spent the .99 cents. Now the lousy untimely ads make it worthless. Such blatant greed!

i got it at first, when it kicked butt. it WAS awesome. notice i am saying was. not is. i totally wish i hadn't "upgraded" it, because they now clobber you with ads so that it is impossible for you to click ANYTHING. and there are new nauseating affects that make it totally not worth while. not worth getting.

Used to be awesome
Theycallmecowboy

This game used to be pretty awesome... A completely new spin on brick breaker that I liked! Now, the in game advertising is so intrusive that it annoyed me to open it before I deleted it. The game will actually pop an ad over the board during gameplay and cost you a life. I know devs need to make money on free apps but this is above and beyond distasteful advertising. Worst app ever... Refuse to buy the ad free version based on principle.

I understand that "free" means ad supported. This game use to be fun to play with my young niece. But after the most current update, just trying to start playing, she clicked 3 of the 6 full-screen pop-up ads, causing us to stop, close the brower, and restart the game. Ok, game play time, right? Nope. We got 2 more full-screen pop-ups DURING GAMEPLAY. Can't help but click them. So, to quote a 4 year old, "I don't like this now."

I hated it don't waste ur time with this game it has so many ads u can't do AYNTHING!! ?

Intrusive ads is an understatement. Used to be a fun game. Now you have to close out of the same pop up ad 6 times, including when you are in the middle of playing and it doesn't pause. Thumbs down.