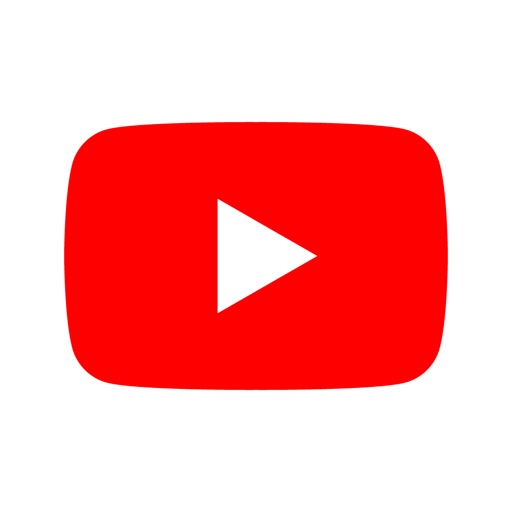 Get the official YouTube app for iPhone and iPad. Catch up with your favorite channels, enjoy the world’s largest music collection, and share easily with friends. Watch the latest videos and playlists on the couch or on the go. 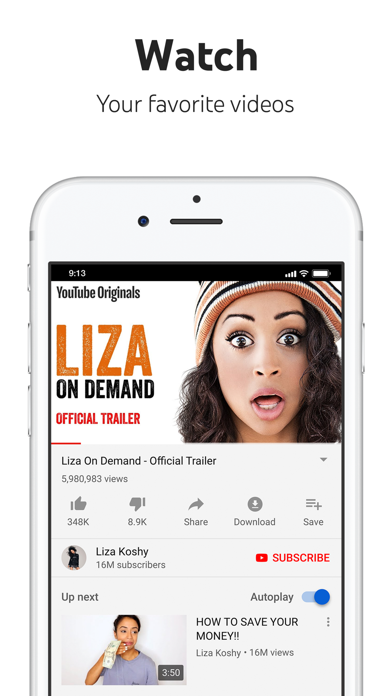 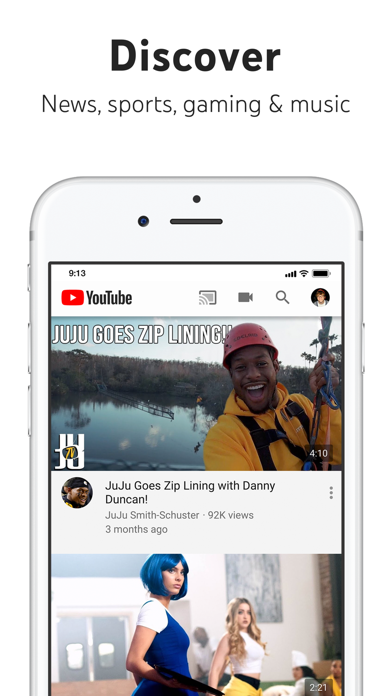 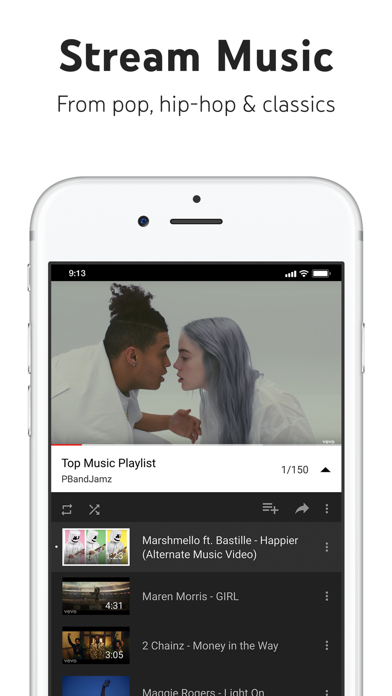 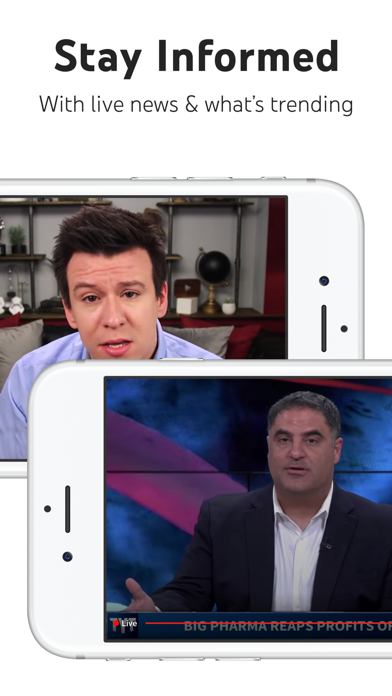 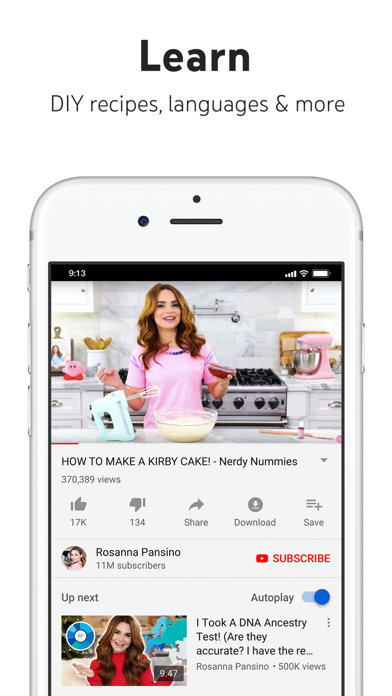 YouTube, your way
* Discover videos and channels with recommendations just for you
* Cast videos from your phone to Chromecast, other connected TV devices, and game consoles
* Use playlists to save, organize, and share your favorite tracks

Demonetizing, banning, shadow banning YouTube platforms or unsubscribing people without their permission just because they said something that you don’t agree with shows just how weak minded you are. This is a public forum and no longer falls under the private ownership label. So the First Amendment Rights of content providers and subscribers should be fully recognized. The folks running YouTube should be ashamed of themselves for attempting to impose their agendas by using shady tactics as mentioned.

When are you guys gonna fix the App crash issue? It's been several days now, and others re suffering with the same issue!?

Every now and again, certain YT videos on chromecast always stops every other second and when i play it without the chromecast and on my phone it plays seamlessly. I don’t have a problem with the other apps on chromecast except for YouTube.

Dear Development Team, Please fix issues which I can't open the app after updated newest version. It happened on both iOs 10.3.3 & 10.3.4 (I have 2 iPad, and none of them would worked). Please do it as soon as possible caused I used to watch on Youtube daily. Thank you.

9/10/19 The latest update makes the app close the minute I open it. I see I am not the only one. Do you see these comments? Are you going to fix it?? 1 YR AGO- Today's update for stability just rendered my app unusable. The second a video begins, the app collapses.

They don’t care about small creators They are your typical corporate scumbags who care about money and nothing else They strike smaller channels that were not in the wrong whole channels that break violations thrive on the platform Listen whoever is reading this wether it is somebody scrolling through reviews or somebody from YouTube, I hope this opens up your eyes to the truth about an app that was once good, but is now just like every other corporate app

Where this admania will stop? Double ads at the beginning, ads at the end of videos. I started to hate YouTube for there unlimited greediness. Hopefully we’ll have real competition soon