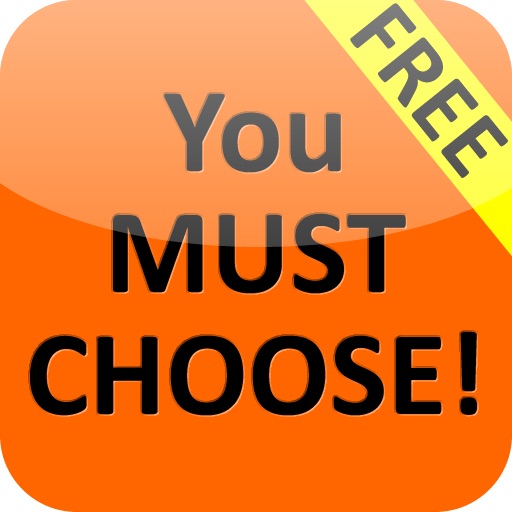 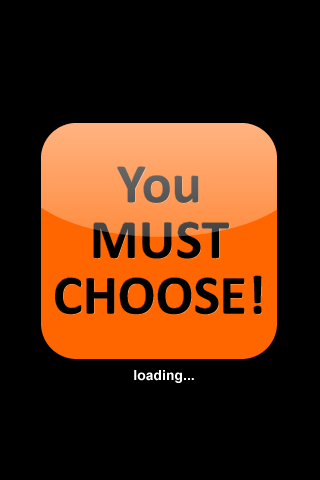 "LOL. LOL. Took this 2 school and made all my friends CHOOSE" - maxtherocker

It will be installing for hours don't spend your time on garbage.

It really does stink (v2)
Gymgirlfaithy

It was the worst game I have ever played in my life it us so boring me and my friends were playing it and it was stupid!!!!!

This App is mostly a conversation starter if you & someone else are bored to death. There's no end goals & nothing happens when you answer a question. So what?!

Now me and my friends dont have to make them up:)))

I hate this game, the q's are dumb and when I'm playing it with someone it only let's one person play. It won't move on to the next person EVER!!!!!!:( Don't gat this game, ppl read the reviews first.

This game is very bad... When the spinner spins to see which player has to choose what they would rather do, it doesn't even spin!!! For example, if you type in Amy and bob, the spinner will only pick one! I swear!!! Do not waste your time! I got the same thing the whole time: "Would u rather be the baseball..." or "Would u rather be the bat" I only had this app for 2 minutes!!! Sereousily, DO NOT WASTE YOUR TIME!!!! ?

It is not bad. It's fun but then again it's not. I would say its fun but then it gets boring after awhile. Defiantly play with someone who will make it fun.