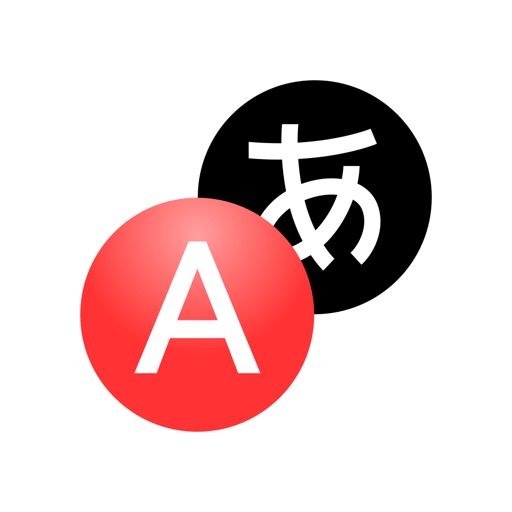 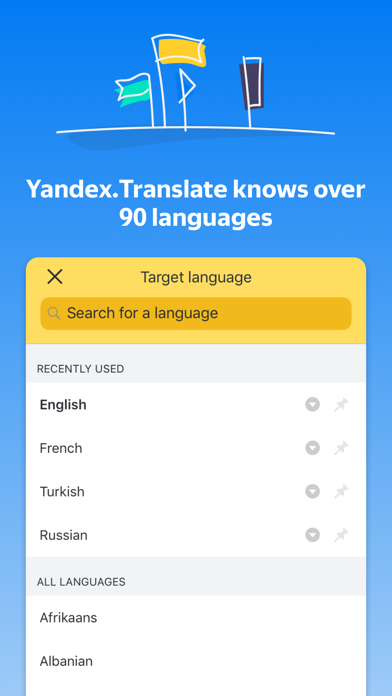 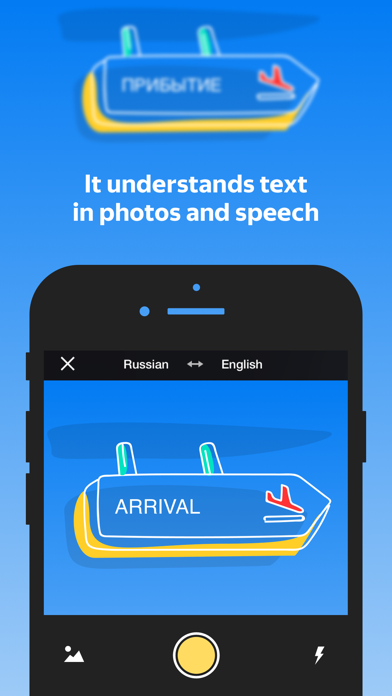 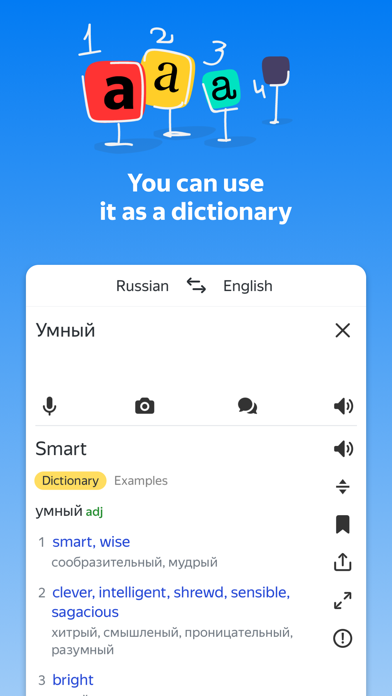 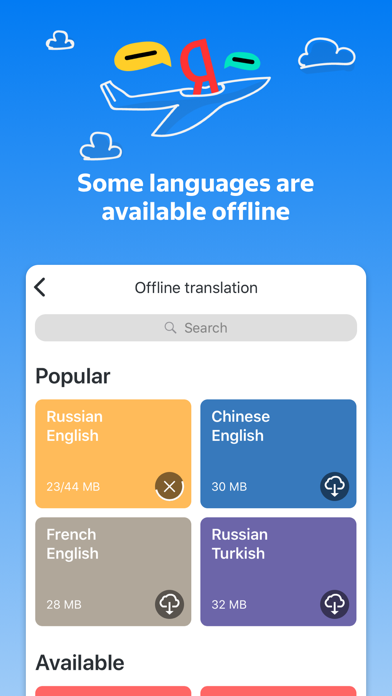 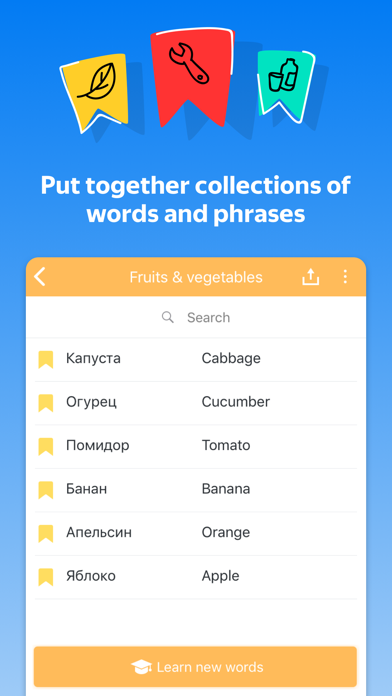 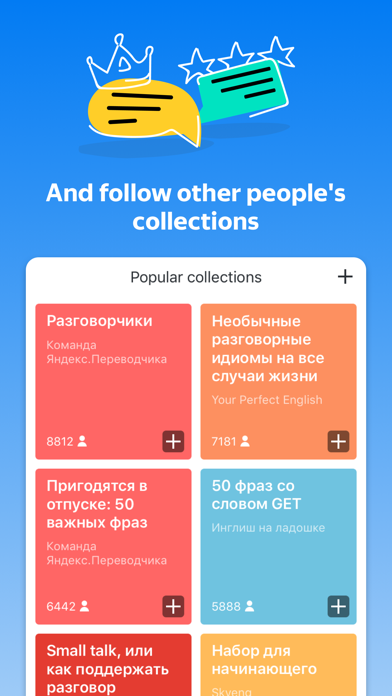 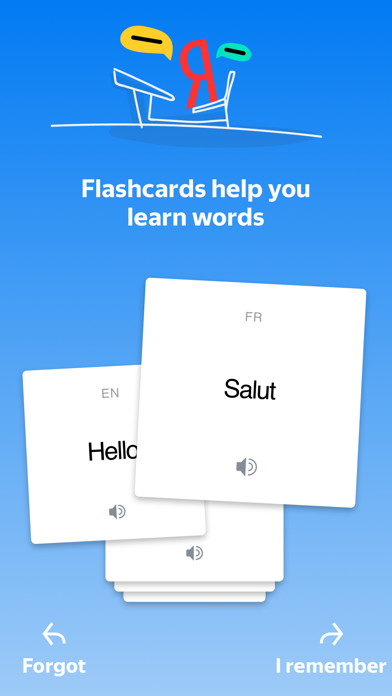 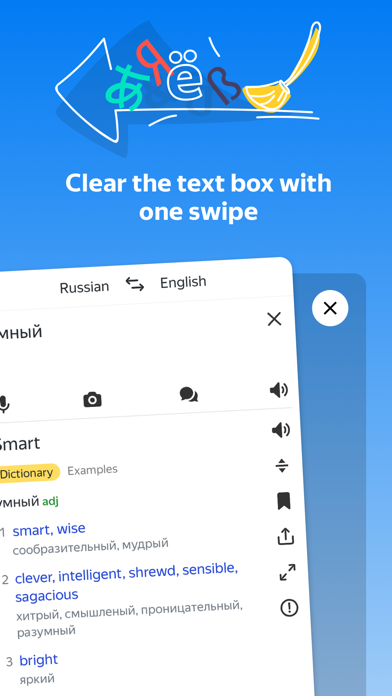 • Translate words, phrases or large pieces of text from German, French, Spanish, Turkish, Italian and Russian to English and back without an internet connection.
• To use the app in the offline mode, download the languages from and into which you want to translate and enable this mode in Settings.
• Translate between any pair of the 60 languages when you’re online.
• Look up words in dictionaries, learn about usage examples and hear how they sound.
• Take a picture of a menu, road sign, page in a book or choose any image with text from your Camera Roll and Yandex.Translate will translate it automatically and show a translation right over it.
• Visual text recognition currently works for 11 languages: Czech, English, French, German, Italian, Polish, Portuguese, Russian, Spanish, Turkish, and Ukrainian.
Yandex.Translate also features:
• Simultaneous translation as you type
• Predictive typing
• Word definitions with usage examples
• Automatic language detection
• Favorite translations
• Translation history
• Apple Watch support: voice to text translation and ability to favorite translations

An offline dictionary for one language takes up approx. 600 MB.

Interact with Yandex.Translate in English, Russian, or Turkish thanks to the new voice recognition feature.

I use this for Russian, Dutch and German and I completely am obsessed with the translate a website feature! It helps me with a lot of research so thank you, Yandex! 💖

How are you doing

Yandex is better at translating certain idiomatic or set Russian phrases then Google Translate gets entirely wrong. Often, the translations need to be edited into natural speech and they often fail to make the distinction between literal and idiomatic phraseology. This is the same for all translation apps. For Russian I prefer it over Google translate.

The translator used to be an excellent app. Now after ech update app get more and more awful ! The app's UI after the last update is insane. First, they put some phrase of the day that could not be removed in any way. Now my entire translation history appears on the screen after the update is set! Why do I need it to see my history !? If I need to, I'll find it myself. At least in the settings make an option to remove it! Now everything looks ugly. Using the app has become quite inconvenient.

I have Lieberman dich