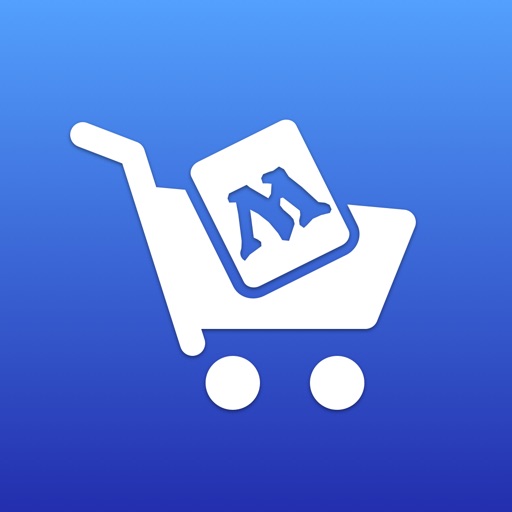 Wishlist for Magic: The Gathering

The easiest way to keep track of Magic: The Gathering cards you'd like to buy with fair pricing information. Also, a great help during person to person card trading! 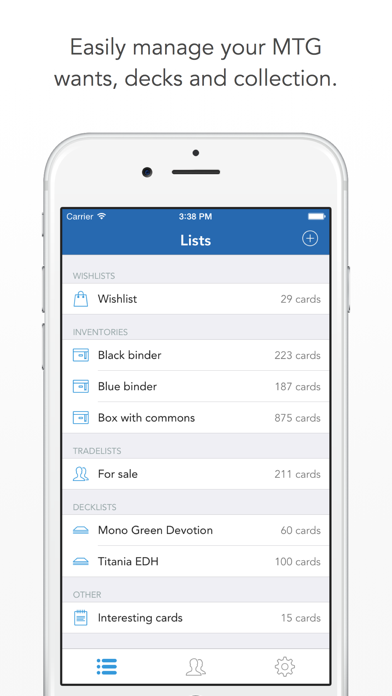 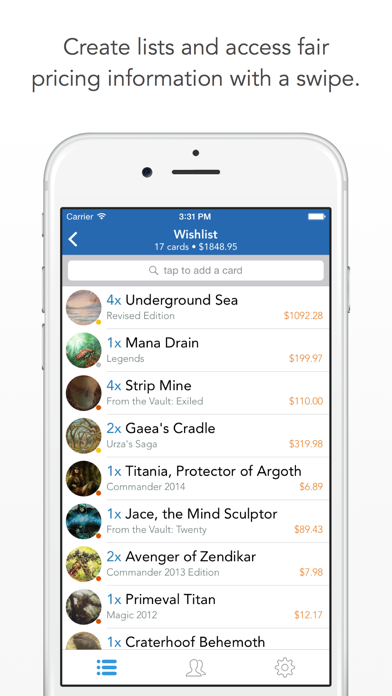 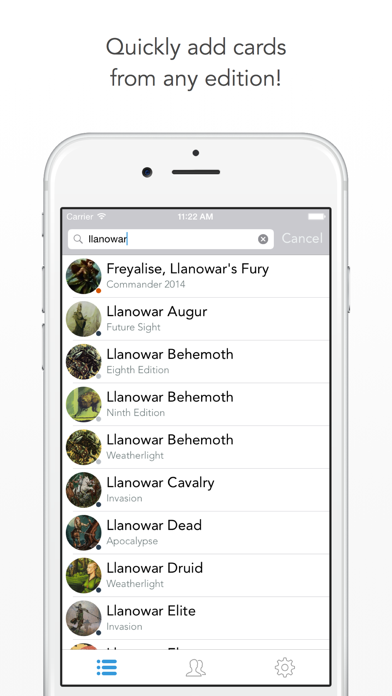 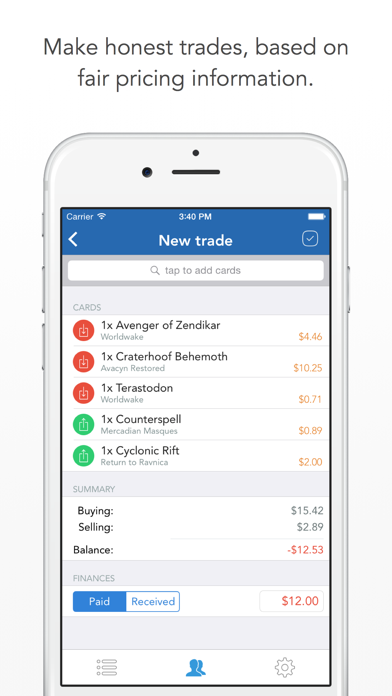 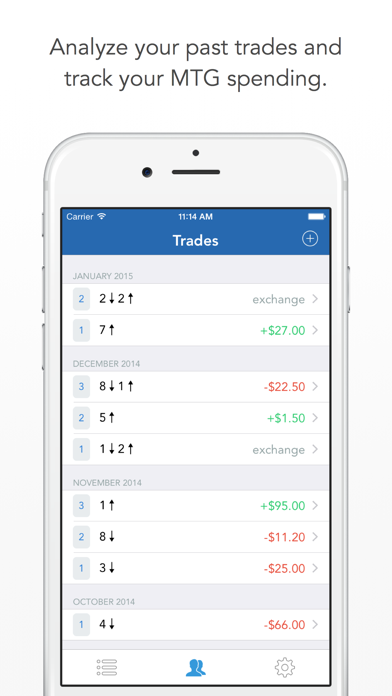 Wishlist for MtG:
• allows you to create lists of cards, e.g. wishlists, decklists, your inventory etc.
• gives you access to fair pricing information, so you'll never overpay for cards you need,
• enables you to quickly check cards and prices from any set,
• helps you during person to person trades, by presenting a summary of a trade,
• stores all your trades, so you always know how much you spent or gained on your favourite hobby.

Enjoy and be sure to tell your friends about the app :D

Wishlist for Magic: The Gathering is owned by Ajfek Software and is not affiliated with, endorsed, sponsored, specifically approved or authorized by Wizards of the Coast LLC.

Simple, but good at what it's meant for.
Hawking42

Great app, but simple. It does what it's meant to do well, but it's missing a few features that could really make it an essential app. If it had more card information, other than name and price, would make searching alot more effective. An even more essential feature i believe would be the ability to make multiple lists. It seems like an obvious feature to add but is not incorporated.

I loved this app! It worked great and was really useful but then it suddenly stopped showing the prices of the cards. I tried refreshing it. Re downloading the database. I even deleted it and downloaded the app again but it still won't work. I wish I knew why because I would like to keep using the app but unfortunately it has become useless to me

This app is amazing and simple. I've had no problems except for the freezing after I select a card 😟

Always there when i need it
TheLoneMaple

I make decks for friends constantly and the ability to pull up any card with its price at any time is necessary and this app has yet to let me down. Thanks guys

The idea is there!
Aaron Jeskie

I have to say, I was excited to see this app. Just being able to quickly build and take down a list of cards is very useful and a lot of the other apps out there a slow and clunky, where this one seems fairly quick. Where this one falls short is the implementation. There are a few hiccups that put this app just below the line of usefulness. Here is a list of a few of the changes I thought of that need to occur that can make this really shine: - When selecting a card that has already been added to a list, it should update the qty in the existing occurrence rather than adding another one. - Make sure pricing info can be reported. - allow user to store multiple lists in the app. - create a button in the export tab that just copies the text of the list to the clip board so it can be pasted wherever the user wants. - improve stability (app crashed a few times when switching between it and imtg) And that's it. Great idea and hope this one gets updated and fixed. Then it will be a 5/5 and be used by me along with some of the other apps out there!

Overall I'd say it's a pretty decent app. Sure it runs a little slow when searching, but that's understandable. There are a lot of cards (with images) to search through. I think most people would disagree, but I don't think it's necessary to include every single edition of a specific card. The most current edition is fine, and would probably help speed up the searching process.

Good search but no prices :-(
CurlerLikeYou

Search works well for me - good speed, and while it's probably a touch slow because of having every card, I don't mind it. There is a problem with the pricing data, though, as I don't see any prices, even when adding cards I know have value. Refresh hasn't updated the prices for me...yet?! (I hope!)

Hopefully it will get updated...

Can't do anything in this worthless app without it crashing. Move on.