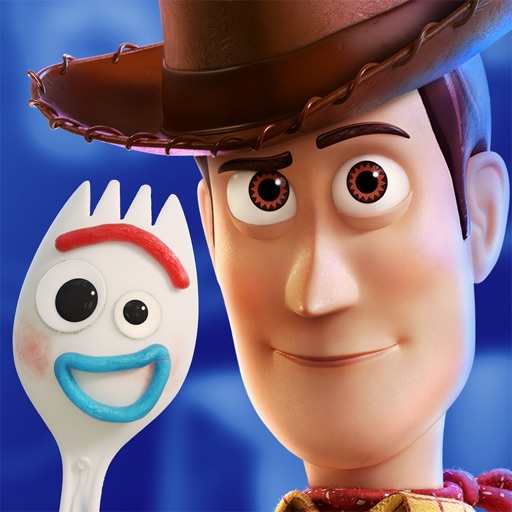 The world of Disney•Pixar’s Toy Story comes to life in the only mobile game that’s fully themed in the Toy Story universe, including the upcoming Toy Story 4! Help Woody, Buzz and beloved characters, classic and new, unlock their stories one scene at a time while you adventure across iconic locations like Andy’s Room, Pizza Planet and more. Overcome larger-than-life obstacles as you match, drop and clear hundreds of exciting match 3 puzzles. Enter imaginative worlds by collecting and assembling exclusive character-themed Playsets to unlock all-new Bonus Scene adventures. With the magic of Toy Story at your fingertips, you've got a friend in match 3! 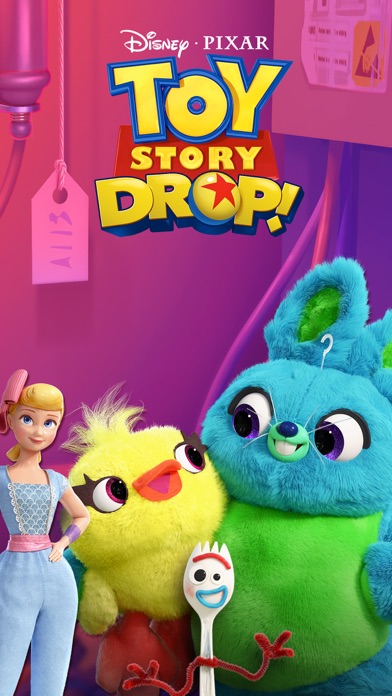 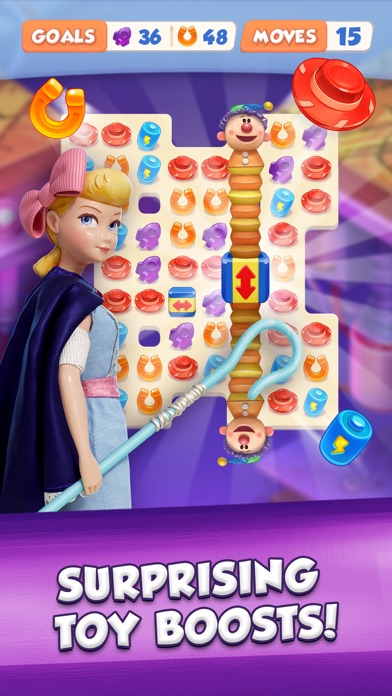 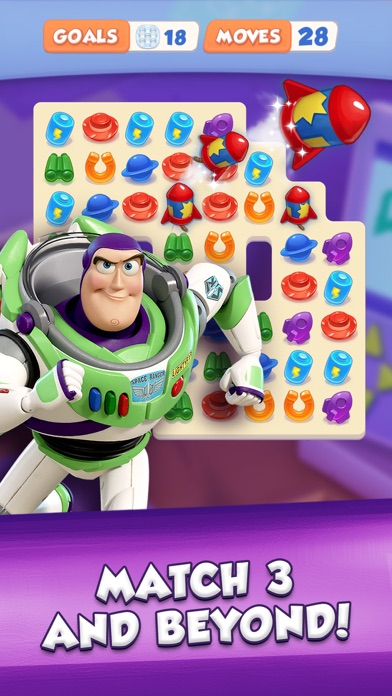 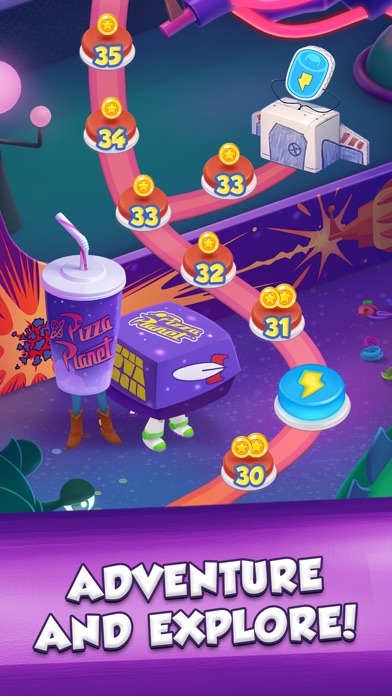 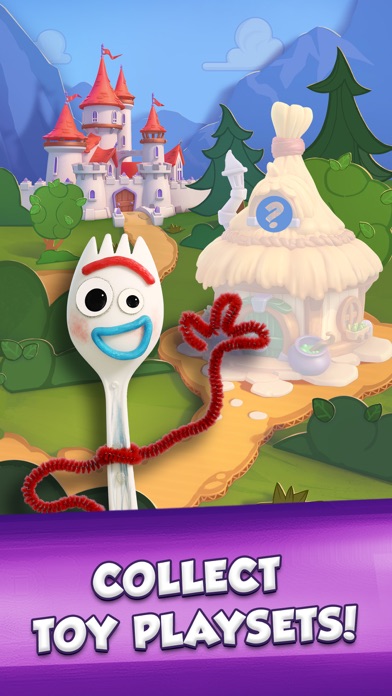 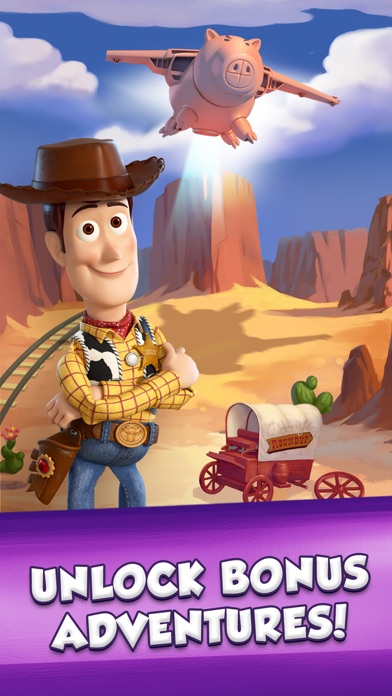 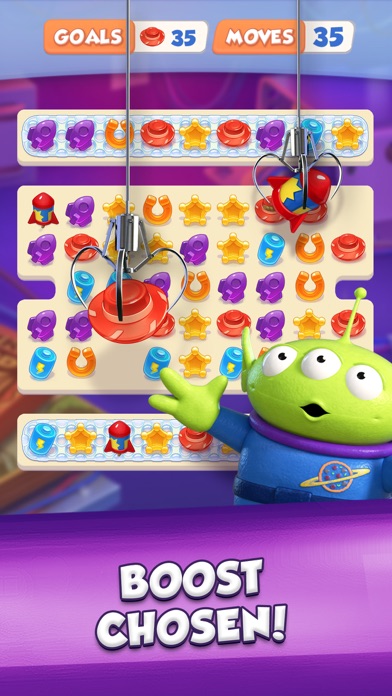 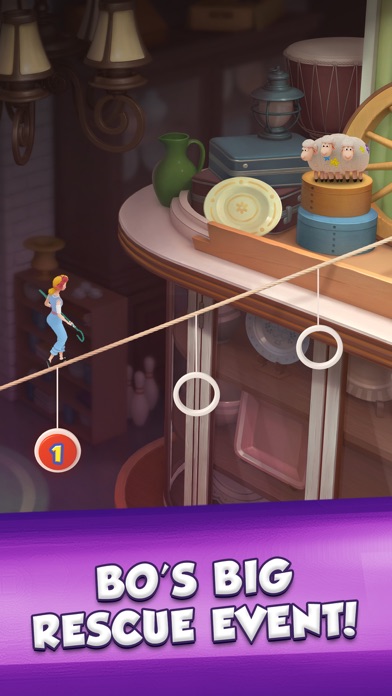 • Explore iconic locations from the Disney•Pixar Toy Story universe, including Toy Story 4
• Call the toys to your aid through themed boosts like The Claw to swap to game pieces, the Alien’s Saucers to zap away obstacles, and Etch A Sketch to shake up the board
• Tap and discover delightful Easter eggs on the interactive progression map
• Solve puzzles to collect Playset pieces for Sheriff Woody, Space Ranger Buzz, Cowgirl Jessie, and more
• Assemble Playsets to unlock Bonus Scenes like Woody vs. Evil Doctor Porkchop
• Help the toys get ready for Andy’s return from Cowboy Camp, save Hamm from being left behind at Pizza Planet, and more
• Work with favorite characters to overcome larger than life obstacles in each puzzle
• Watch the story unfold as you progress through gameplay

I’ll be done playing this game. The coins are taken away so no way to earn as you play like every single other game out there. Playing games over and over again for batteries, no reward coins for beating a level ( unheard of!) it’s just a quick 15 or so minutes and then it’s either pay to continue or wait for hours. Other games want you to pay for power ups and extras but they at least offer a daily sum of coins or at least start a game with a free power up. Not worth it, and definitely takes advantage of kids!! The developers have seen these reviews, know how to fix it and clearly choose not to since it’s been a few months. These reviews are horrible and no change so delete!!!

I don’t usually write reviews .. but toy story is my favorite movie and the serotonin this game gives me is unbelievable... the noises, The music , the characters... my new favorite!

I’ve been stuck on Internet Down/4th battery level for over a week now. I’m a smart guy, good at puzzles. This level is impossible. Even if i were to spend money to get more boosts. Did anyone there actually test this one out?

Deleting, as you can’t play without paying. Frustrating. Also they are very cheap with rewards. Give something away once in a while.

Can you end the Treasure Trove event? There is no way to earn coins anymore.

I’m done. Need more levels. Way too addictive for it to be over.

If you want to spend 5 days trying to pass 1 level, this is the game for you. Not asking for it to be so easy a 5 year old can play, but I’m also not tying to spend a year to get past 5 levels. There are better games out there, don’t waste your time with this one.

Fun game if you can afford in app purchases
Jen196817

I love this game but after a certain level it’s impossible to win without buying boosts or more moves. One or two levels like that would be okay but I’m hitting these extra difficult levels much too often now. I just refuse to nickel and dime myself into a negative balance. Great game but don’t bother unless you’re okay with buying extra moves, and often.

I love this game so much

Will someone please help me by telling me how to get passed the “Internet Down” - Scene 24 level,...without having to literally buy coins to get additional “lives”? They haven’t really helped me on this level anyway,...as I’ve been stuck trying several times a day for at least the past two weeks now,...and I’m not going to waste money buying coins, just to remain stuck on this level. I’ve been playing the game for several years now and like it better than most other games like it,...but I’m to the point of just deleting the app and moving on to another one. Thank you.