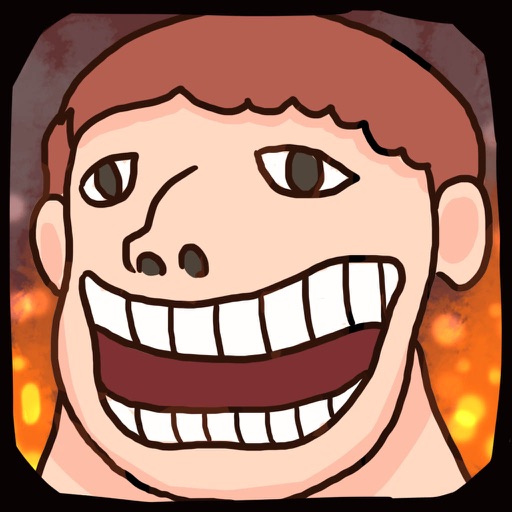 haha this is great

Based on Attack On Titan??

Very weird so far, just click on them as they spawn then absorb them for exp. no idea what they were goin for but they look like titans from Attack On Titan but its more like an interactive screensaver than a game at this point, no stars yet because i dont know what to thonk of it lol

The game opens, and when you double-tap the first guy to kill and eat, an annoying add pops up after the first tap, so you practically have to open that ad. I would've kept playing it, but got fed up after having to go to that ad about 10x. Fix this, and MAYBE I'll play it again. Alpaca Evolution is basically the same game, but with no ads -- I recommend that one instead of this.

Slatcala or whatever the hell ur name is...

U dont double tap to absorb their energy, u wait for the ad, close it, and tap each person once. Then u harvest their corpses...