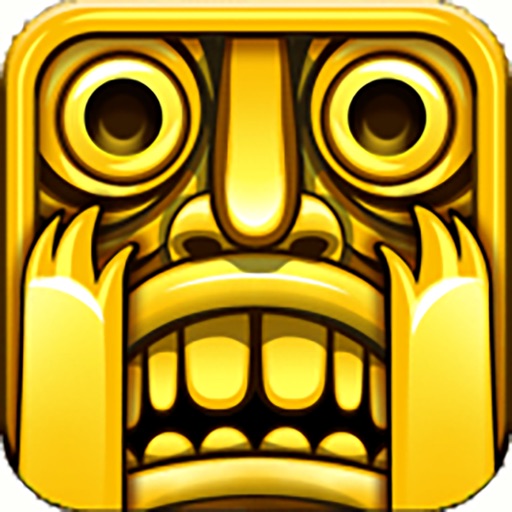 "In pretty much every treasure hunting adventure movie there’s one specific scene in which the plucky hero finally gets his hands on the treasure but then has to navigate a maze of booby traps in order to get out alive. Temple Run is this scene and nothing else. And it’s amazing." - SlideToPlay.com 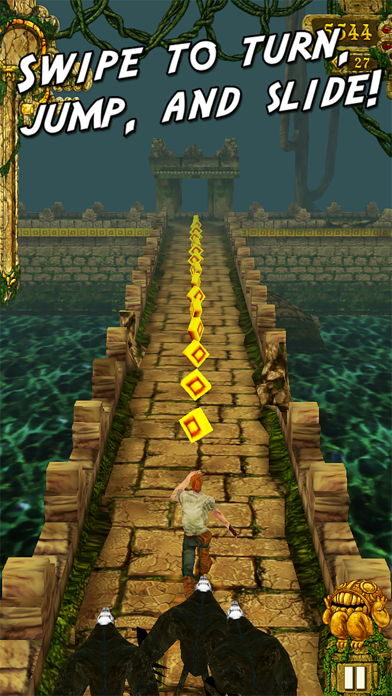 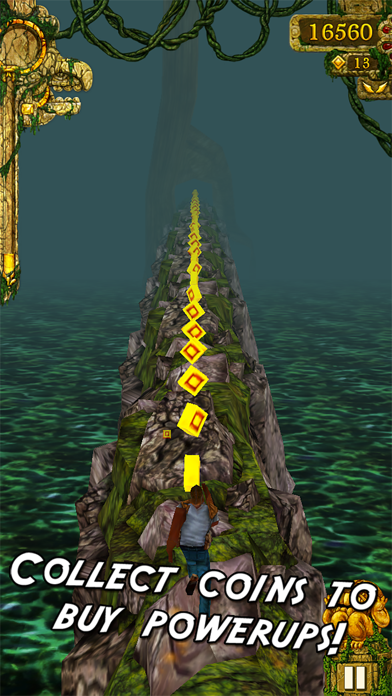 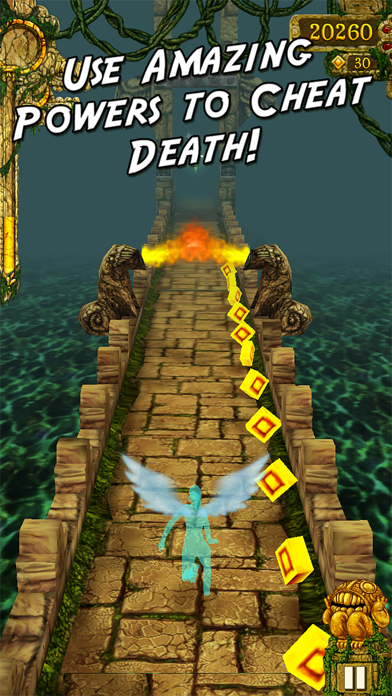 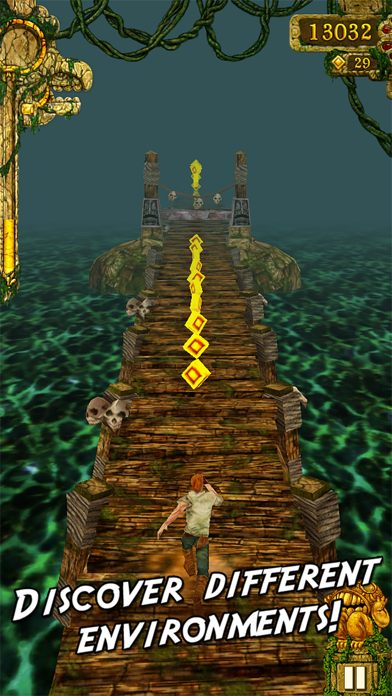 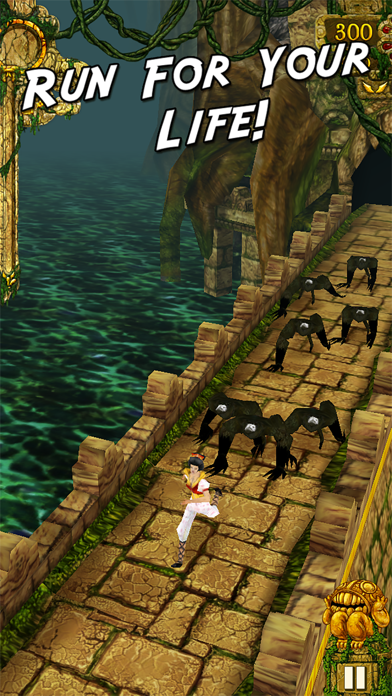 From the makers of the award-winning best-seller Harbor Master® comes the most exhilarating running game on the App Store. Test your reflexes as you race down ancient temple walls and along sheer cliffs. Swipe to turn, jump and slide to avoid obstacles, collect coins and buy power ups, and see how far you can run!

Voted by TouchArcade Forums as Game of the Week

One of TouchArcade's Best Games of the Month

"Most thrilling and fun running game in a while, possibly ever." - TheAppera.com

* Simple swipe and tilt controls that are easy to use and just feel right
* Level up your character and use crazy powerups
* Original 3D running mechanic combining turning, jumping, sliding and tilting - the first of its kind!
* Play as 7 different characters!
* Game Center Leaderboards and Achievements to compete with your friends
* Incredibly fun, just one more time, endless game play!

I think this game is great!

I’ve always loved this game since I was little and I came across this game once again and it brings back such good times when I was younger! Everything is the same but great as always. These games never get old!

Still a good game but ads were not a huge thing in this game when I played it in 2013. They’re far too intrusive and kind of ruin the experience.

This is a really fun app I love it
supercailcrajlestic

I really like this game even all this time after it’s release but in occasion you can beat your score and what it shows at the end of the run when you die is not what it shows in stats. I wouldn’t have noticed this until I took screenshots of this to show a friend and I saw my score in stats was lower in the middle 3 numbers. In both my score was 6,***,195 but the numbers where I have stars are different. The amount of coins I had were the exact same but my meters run was shorter my 1 meter on the stats page. It’s a tiny bug I know but that’s why it gets 4 stars. At least I was actually able to screen shot both and know I had a higher score while I was playing.

I love this game & the kids enjoy it as well, it really helps with their concentration!! However, every time you die it asks if you want to watch a ad to continue, I press no but then it goes into an ad anyways!! I understand having to have some ads but it’s frustrating having to watch a million ads!

How do you win? Please Answer 😊