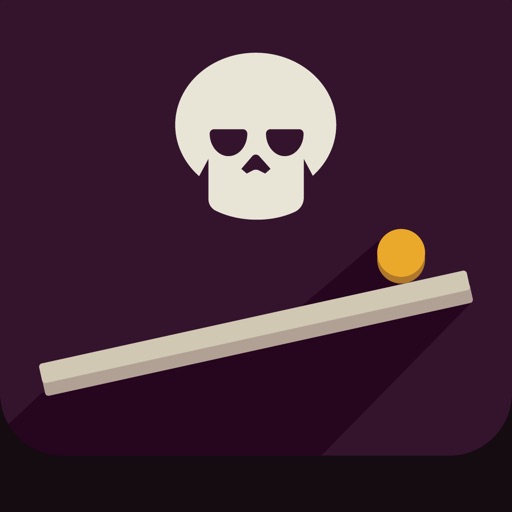 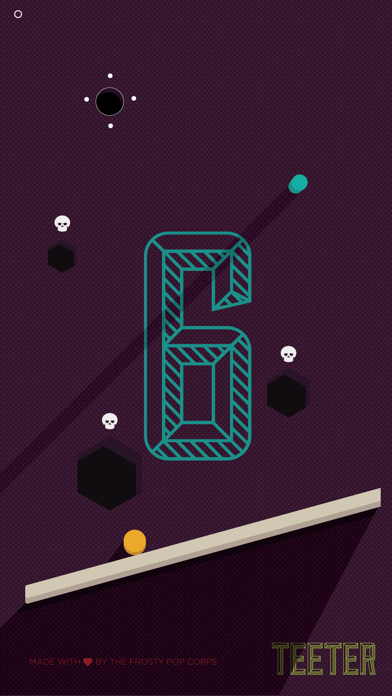 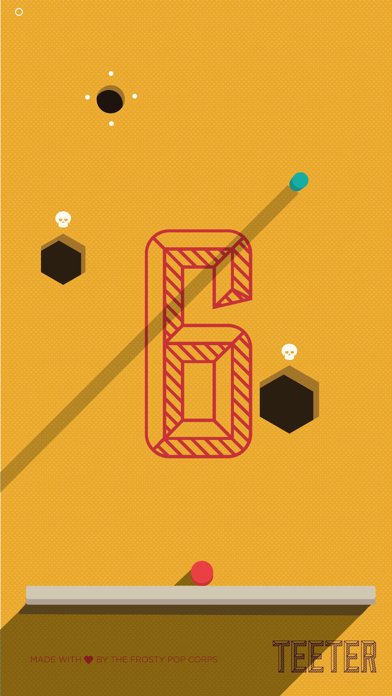 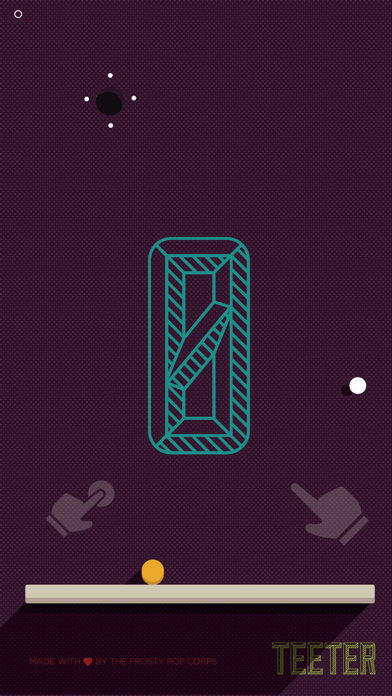 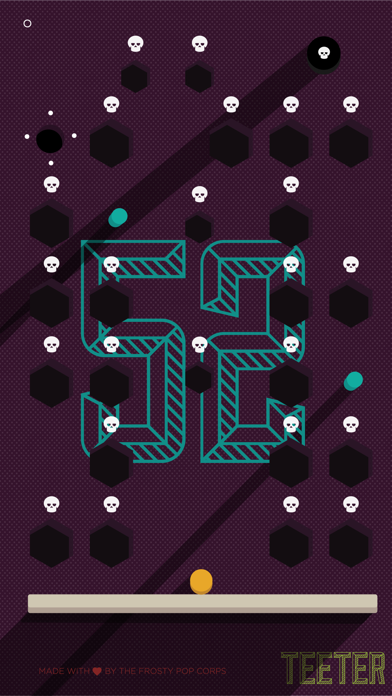 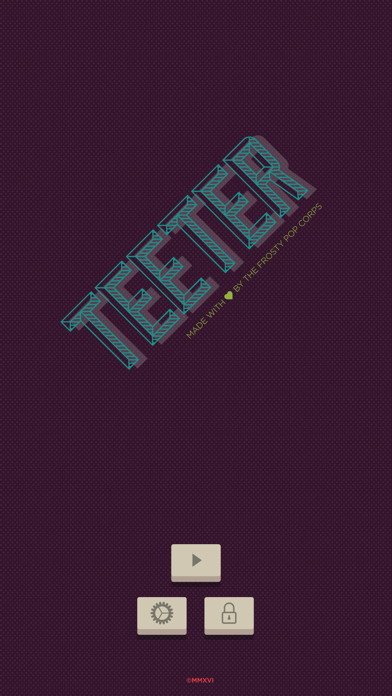 "... the potential to become a real classic in the genre of skill games... definitely a thumbs up..." • Appgefahren

A ball, a platform, and a hole. Mundane as individual forms, yet in concert together: magical. With *no ads*, Teeter is a beautiful combination of impeccable design and innovative game mechanics that provide players with a singular experience found on the App Store.

Once you get past the derivative subtitle, you'll find a game of whimsy and delight, with enhanced controls for 3D Touch supported devices. And don't forget to shake your phone for a surprise!

Guiding a ball into a hole has never been more innovative, challenging, or super fun.

Oxford comma for the win!

I like it but at the same time it’s annoyingly addictive and difficult, so I’m not sure what to think. This is definitely a puzzle and it took me like five minutes to get to level 1 so I’ll say I like it.(It starts at level 0 by the way)

Do not buy unless you want to waste your $!

The game is based on physics and it does a good job with it. Goal is to have the ball to the hole to pass through to progress. More you go through, the harder it will be. Its a good pass time game. It could be nice to have different colors for the ball and other things to make it pop better with the background or just have a setting to change it for someones preference. Maybe having a picture from someones phone pict gallery to be the background. Overall its a great game.

Disappointing and buggy
Deleted this app

Not much to say here, I could see this game doing much better (or at least have a larger appeal) if it were free and many of the bugs/glitches could be over looked however for what it currently is do your self a favor by saving your time and money

Nice game to play but I'm hoping for the following updates. Unless reset option in the level. Pick previous levels from a menu. Little Less exact to win. More creative backgrounds.

I bought the game because it's my last name, after playing for 7 min I actually started to enjoy it,, all in all it's worth the dollar

Game starts easy and quickly becomes increasingly difficult. A good way to turn off the day, requires full concentration while at the same time surprisingly relaxing. When you hit a level that stumps you simply walk away and try again later. Teeter is fast becoming one of my favorite games.