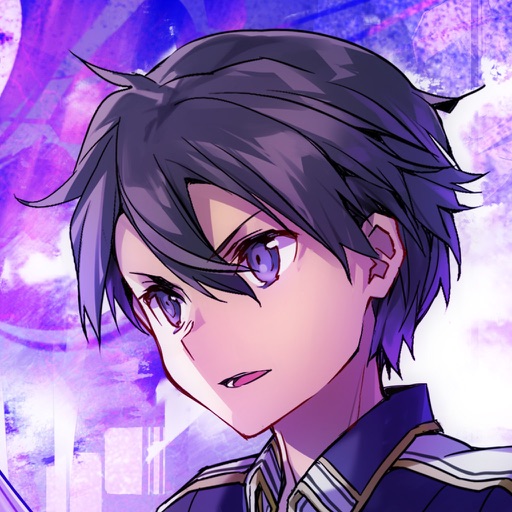 A tale of noble souls. 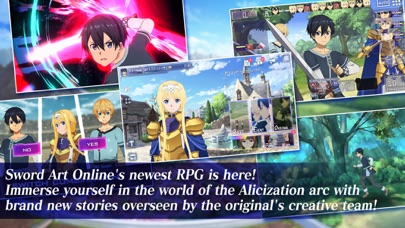 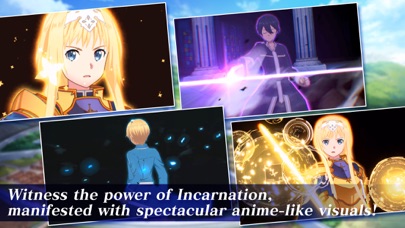 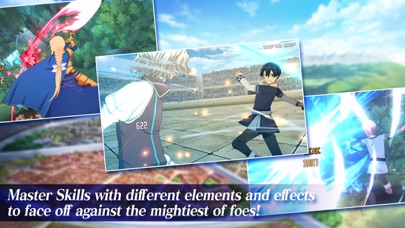 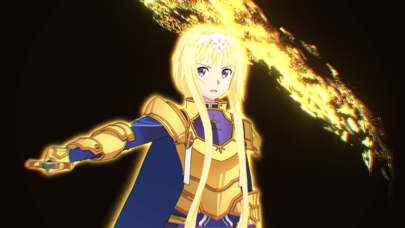 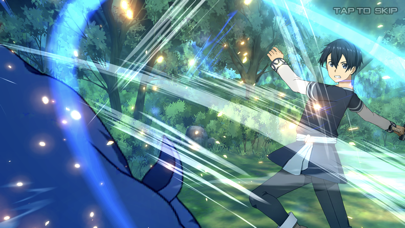 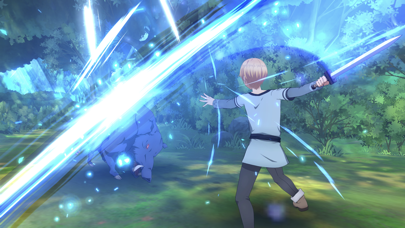 Sword Art Online's newest RPG game, based on the Alicization arc, is coming to a smartphone near you!

■ Explore brand new stories in Sword Art Online -Alicization Rising Steel-
It is based on the Alicization arc of the SAO anime, but also contains original content exclusive to the game!
A mix of the novels, anime, and original content, this is a unique retelling of Alicization.

■ Spectacular anime-like battles!
With characters using a variety of Sword Skills and flashy Incarnation techniques, the battles are just as exciting as they are in the anime!
Master Skills with different elements and effects and join the characters you know and love to face off against the mightiest of foes!

This app is distributed with formal permission from the rights holder.

By downloading or installing this app, you agree to the BANDAI NAMCO Entertainment Terms of Service.

Note:
This game contains some items available for in-app purchase that can enhance gameplay and speed up your progress. In-app purchases can be disabled in your device settings, see http://support.apple.com/kb/HT4213 for more details.

I was never really into turn-based games, but I immediately loved this game when I first tried it out. The currency you obtain comes in a steady stream, and resources are easy to get if you do enough grinding. If you’re up for the repeated material grind, this is the game to play.

give me my 4 stars character back
Eliorthp

This game is great on so many levels. Some of the animations are a little buggy but once you are in to it it doesn’t matter because the gameplay makes up for it with an amazing player experience.

I love this game! I am a giant fan of the anime and was ecstatic when I found a game. The graphics are amazing and the storyline is engaging. The only problem I can find with it is with the battle auto targeting system. The flowers that help recover your health are also auto targeted and it hinders me whenever I’m trying to beat my record in the dungeons. Would it be possible to take that out of the code?

This game is so fun, I’ve tried all SAO mobile games and this one is the only one I’ve stucked with. You can get plenty of gems by playing quests, daily rewards, and the daily challenges. 3 star characters are viable too. F2P friendly.

So i liked the anime and went hmmm maybe someone made a game for it low and behold i found this game and im so happy i did i love how in the menu kirito talks to you and some of what he says is so cute! the graphics are also really nice and i can tell alot of effort went into making this game as amazing and fun as it is! now the things i want added... 1. english voice acting option I dont have anything against the japanese voice acting i just would love if someone could say what kirito and the other characters are saying in english i dont want to be rude or mean if this came off that way really honestly sorry if did!!!! 2. i would love it if players could move kirito to the place they need to go and be able to talk to the townsfolk of the different places. again sorry if these seemed rude or anything i didnt mean it to sound like that i promise!

Yeah the game is fairly solid for a mobile game. It’s pretty fun to play and the animations are pretty good. It’s sort of a turn based game with special moves and what not. My only problem with the game is the fact that it will randomly freeze whenever it wants to. The audio with the characters and music will continue to play omg he background, however the picture motion part of the game is stuck in one frame. To stop this, I have to either shut off my phone and reopen it or go onto the home screen and reopen the game. Even so, the game doesn’t allow these tricks to work quickly, as there is a slight intermission when you can exit the application. But overall not a bad game at all.

Everything I ever wanted in a game is in this game. Keep up the good work you guys 👌👌

It crashes right before chapter 1.1