Super Zoom Telephoto Camera Free could transform your iPhone or iPad into a full screen zoom camera with flashlight! You can choose between 3 auto-zoom scales (2x, 3x, 4x) and pinch to zoom in/out manually from 1x to 4x. 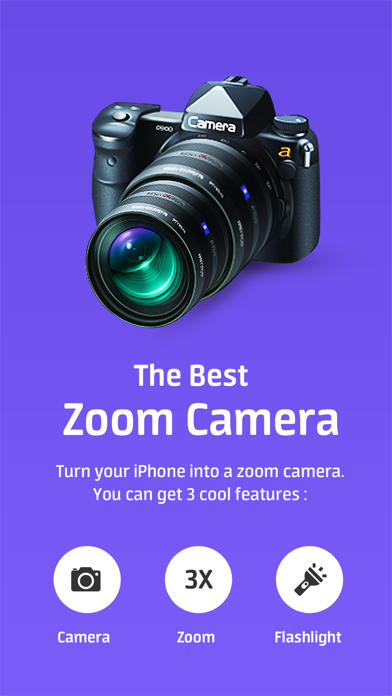 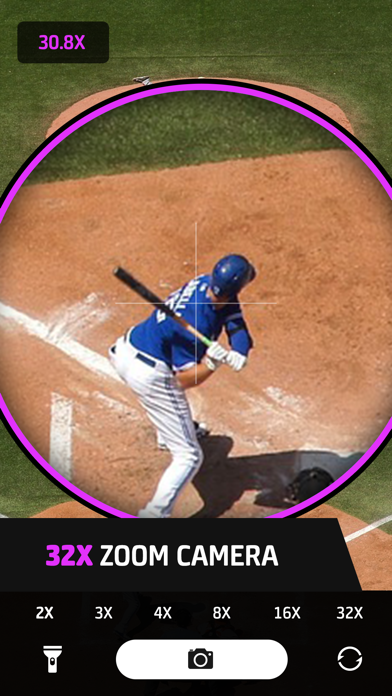 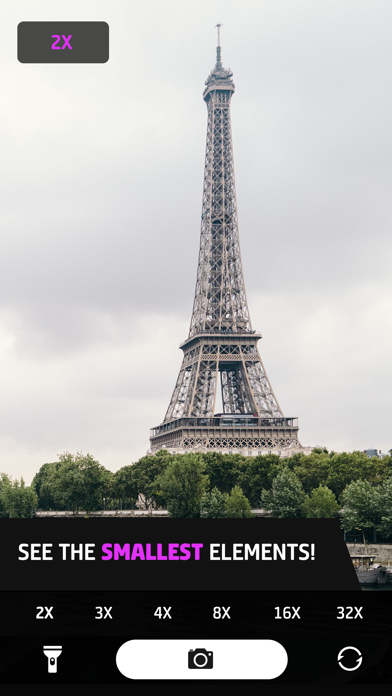 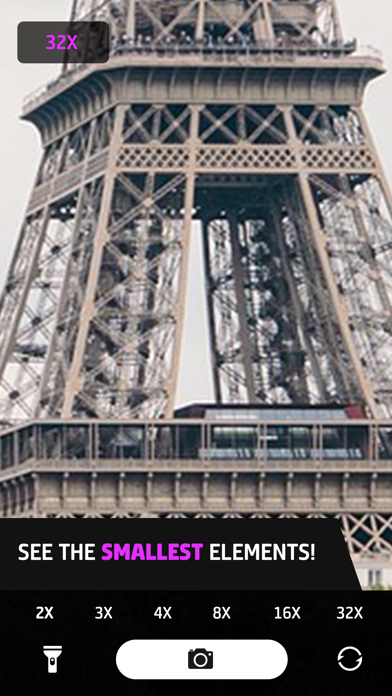 Is that amazing? It just turns your phone into a pocket telephoto camera.

It's the best zoom camera app for iPhone & iPad you'll ever use. Get Super Zoom Telephoto Camera Free NOW!

This magnify APP is not good, it only lets you zoom in X4 and to zoom in higher you have to buy the PRO version. I found others out there that are much better free ones like loupe and magnify glass 2018 to name a few. I little advice for the makers.. when your starting a app that there is a bunch already and the ones out are free you need to make the app your going to make public 200% better then what’s out there for people to notice your APP, add different features ex: add a color changing screen, add text to pic, add pic to the pic make different themes etc etc .... Just my small two cents, no shade ......😉

Blurry if try to zoom above 4x makes it worthless.

The free version only goes to 4x. Not much difference between normal and 4x if it let you use it all the way to 32x it would be worth downloading. But being crippled after 4x, it’s not worth the time, nor energy to download and install it. Find another app that will work not lead you astray like this does

Same zoom as built in camera in the free version
JesusBenNazareth

This app has the same maximum zoom as the built in camera in the free version.

Once you have the camera zoomed on something you can't focus on it. Without upgrading for $1.99 it is the same as the built in camera on your phone.

Can't do anything til u upgrade to full version. Don't waste ur time

I would give this one star, but it closes the app. I paid the extra 1.99 to get the 32x but the "upgrade" doesn't allow any way to focus. Not worth the upgrade.

Very blurry pictures, even under the minimal magnification. Not worth the time that it took to download.