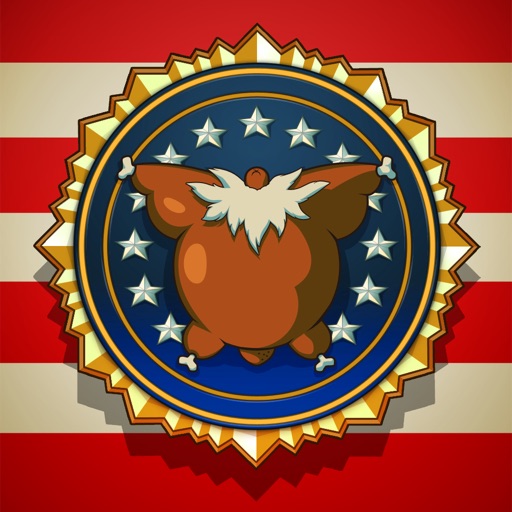 Dive in front of speeding projectiles and save The President! 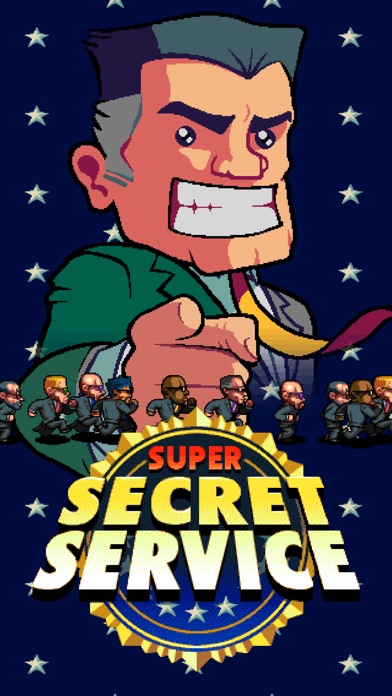 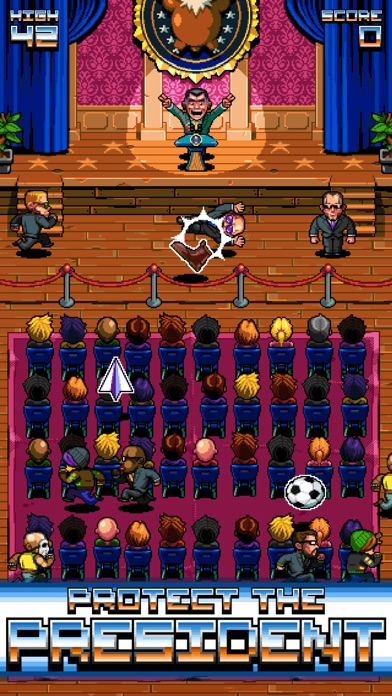 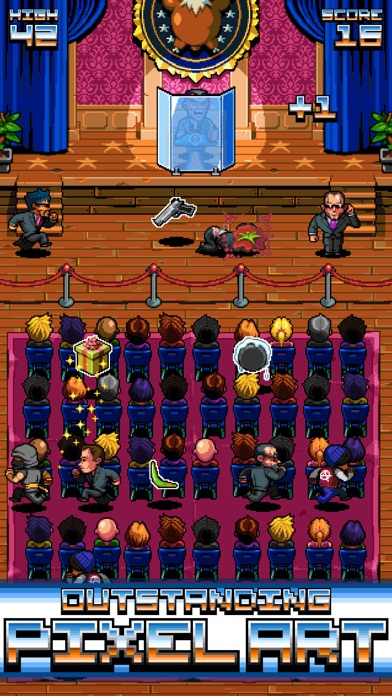 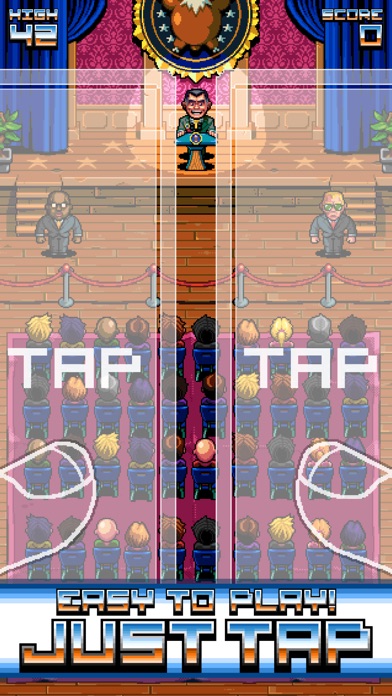 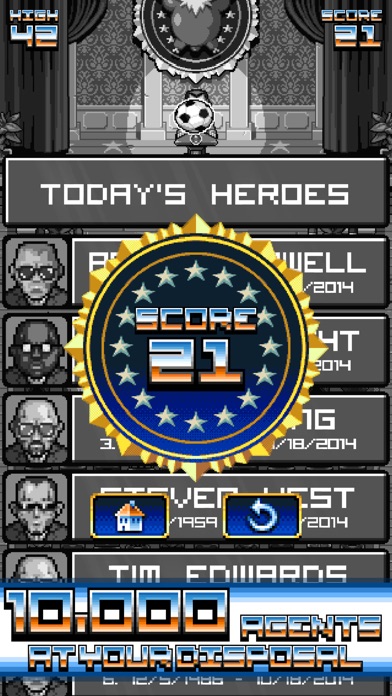 8/10 "If you're looking for a new quick-fire arcade blast, this one comes highly recommended." - Pocket Gamer

"I love these agents.... So amazingly well animated.... They look absolutely fantastic." - Appyspy

"Simple and pleasant — you need just a few seconds to learn all the rules; the rest is pure fun!" AntyApps

Congratulations, and welcome to your first day on the job. By now you probably already know how important the task at hand is: You've gotta save me, The President!

After your years of rigorous training you're surely a finely tuned jumping machine, ready to dive in front of any and all projectiles which might be flung my way. I'm sure you've seen it in the movies a thousand times: A secret service agent dives and blocks a bullet with their body at exactly the right moment. Well this isn't the movies kid, but that's EXACTLY how it works.

Now these gutter punks aren't your run of the mill troublemakers. My intel says they've got all manner of creative weaponry at their disposal, so you better be ready for anything, because my intel is never wrong. I can't promise you will make it out alive, but know that you, along with all the agents risking their lives, are doing the most important thing imaginable: Saving me.

I'm counting on you!

Finally, a realistic simulator of what it's like to be a member of the elite Secret Service. God bless these brave men and women.

Beautiful. So hard to put down.
MCGRG

The art pulled me in but the quick restart and amazing music made me stay.

SSS is such an obviously passionate project of love designed to evoke the sights and sounds of the best in retro gaming. The mechanics are brilliantly simple and intuitive, while the varying obstacles and speeds keep your fingers at the ready. This is definitely a game to keep on your home screen~ :3

Well put together game with simple mechanics that work seamlessly. This game reminds me of those little handheld digital games from my childhood. Well done and I hope to see more from your team in the future.

It's just two dollars for a game where you frenetically tap the screen and can make agents jump to grab shoes!!!!!!!! I don't really write reviews, but I had to tell others about this rad little game.

I feel suckered into buying this kiddie game that is atrocious. Please stop yourself from buying this. It isn't worth a penny.

It's good for killing time at the train station, not much else. I don't think it's a dollars worth, I would prefer to have banner ads for as in frequently I play it.

A fun idea, but definitely not worth cash. It only has one thing to do, and that's just catching shoes.

Could use some work.
AvianAnarchy

I found this game to be ok. While it is entertaining to see Richard Nixon get pied along with the secret service, from a gameplay standpoint it's disappointing. The pixel art is good but that's pretty much all it had going for it. If I could make a suggestion (aside from chubby cheeks to being the ONLY black guy) I would say adding game modes or something to make this game worth the 99¢ I paid. Also if you can fix the long loading times and the stability of the game so it doesn't crash but I'm not rushing ya. Like I said there's room for improvement. I hope that you will heed these words aswell as the suggestions of other so we can improve this game.