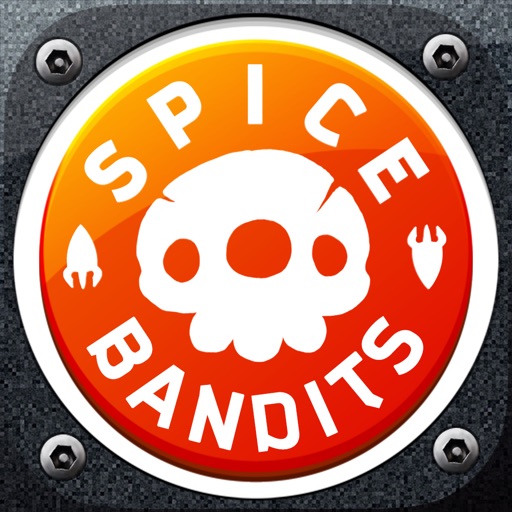 Apps by UAB On5 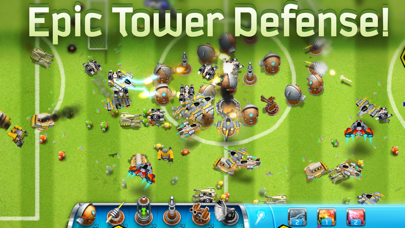 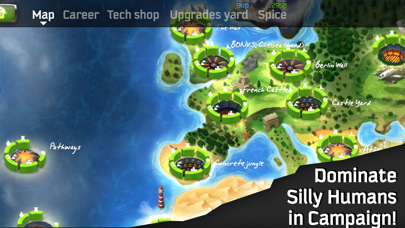 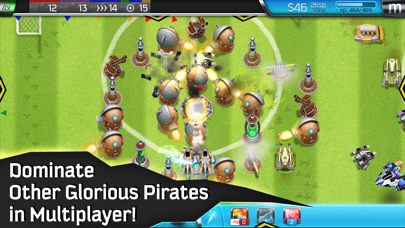 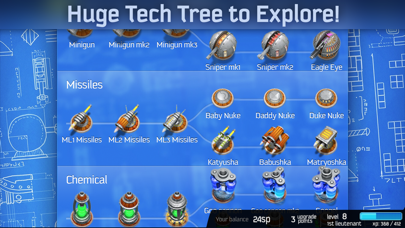 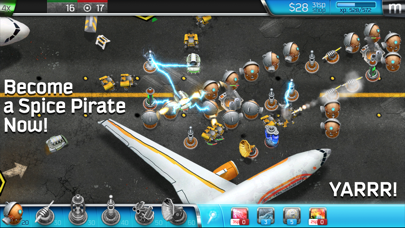 These scurvy space pirates are interested in just one thing…Spice.

Spice Bandits puts you in control of the invading pirate force, protect them as they mine the Earth's resources for the precious mineral, Spice. With groundbreaking online multiplayer, drop-dead gorgeous visuals, challenging and addictive gameplay, a huge amount of upgrades and outrageous weapons, Spice Bandits is the next evolution in Tower Defense.

PLEASE NOTE: Spice Bandits is designed for online play. All Spice and Experience gained while playing offline will only become available once a connection to the server is established.

"...a fantastic game to play. It looks the business, has a premise that’s darkly ironic, and it’s glowing proof that the genre still has room to grow." — PocketGamer, 8/10

SPICE IS THE…SPICE OF LIFE
Guard your ship as you mine for the precious Spice in each of the 55 levels, spread across 5 different environments, from jungle to arctic tundra. Use your mined resource to purchase new weapons, upgrades and more. Don’t worry

WHO’S FOR SOME MULTIPLAYER?
Spice Bandits features a multiplayer mode like no other tower defense game has to offer. Play in all-out war with 8 player online battles! Tactics, strategy, skill (and a little luck) will determine the victor.

IF YOU BUILD IT…THEY WILL BLOW IT UP
Destroy the attacking force with your advanced alien weaponry. Choose from six tower classes and bolster your defenses with 54 (yes 54) different upgrades!

IN SPACE, NO ONE CAN HEAR YOU SAY ‘ARRR!’
You are sure to fall in love with the comical little Spice hoarding aliens as they attempt to take over the world. Look out for some hidden easter eggs on the world map too. Tower defense has never had this much character!

Important Consumer Information. This app: Requires acceptance of EA's Privacy & Cookie Policy, TOS and EULA. Contains direct links to the Internet and social networking sites intended for an audience over 13. Allows players to communicate via Facebook notifications and gifting. To disable see the settings in-game.

EA may retire online features and services after 30 days notice posted on www.ea.com/1/service-updates

Loved this game when it first came out, still love it. I wish people still played so we could battle eachother

Still holds up!!! In app purchases don’t work and can’t retrieve my progress though
photoshop-er

I played this game soo much for years I can’t believe it still works! One of only a handful of games that have never been deleted from my devices. I hope on5 is still around but as there hasn’t been anything new from them in awhile I’m a bit worried. Still works and still holds up but can’t retrieve my old progress or in app purchases. While the IAP store says it’s offline and doesn’t allow you to buy anything from there you can buy IAP’s from the upgrade menu. But it doesn’t give you what you purchased. So until an update comes I suggest not trying to buy anything unless you feel like donating money to on5. I didn’t mind donating. Hopefully on5 see’s my purchase and works on a fix. On5 if you’re reading this if you can fix the IAP store ill buy at least 50$ worth of stuff. I know it’s not much but hopefully it gets your attention. Hopefully you guys have something in the works. Thanks for all the memories, take care

Love this game, but not working on my iPhone Xs

App is not working
Trentfusion

The app is not working as of recently. Love this game though.

This is a fun app with good gameplay and very attractive, but cannot load maps, even tutorial fails, on iPhone XS.

Did you guys give up?
tHEgRAVE

The app doesn’t work anymore. I loved this game & played it a lot a long time ago. Decided to play it again but it won’t work & it doesn’t look like it’s being supported anymore. Shame, it was fun.

I played this game a long time ago and it was so much fun but now I can’t even get the tutorial to load.

Will no longer run, hangs on loading mission
Hawkcode

I love this game but I have written to tech support at least 2 time as this game no long works, it hangs when landing a location. I have not hear from them at all, nothing! What do I have to do to get a response?