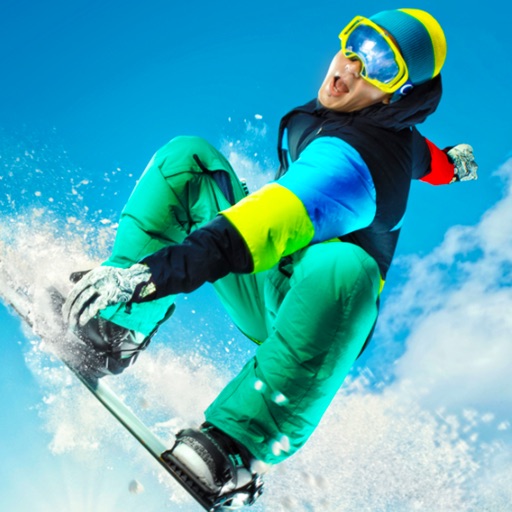 Snowboard Party is back, and this time, we are bringing you to the slopes of Aspen! Explore a new mountain with 9 brand new runs with perfect snowboarding conditions. Customize your rider with a choice of 100+ snowboards and 30+ outfits! Practice and improve your tricks on halfpipes, rails, and jumps. Compete in freestyle competitions to see how your skills rank with the pros of Aspen. Grab your crew, grab your board, it’s time to head to Aspen! 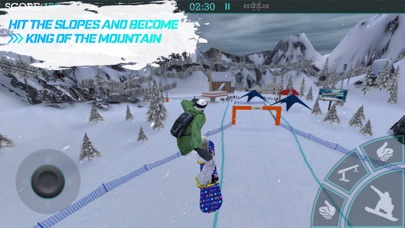 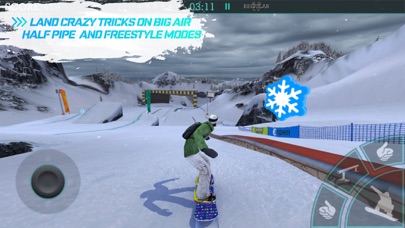 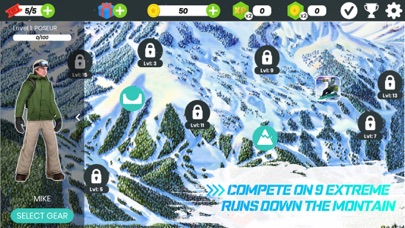 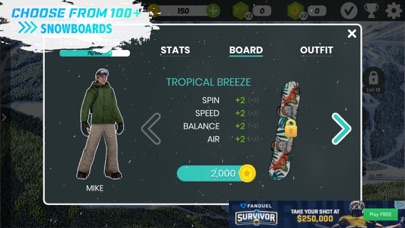 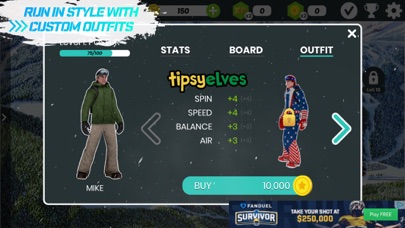 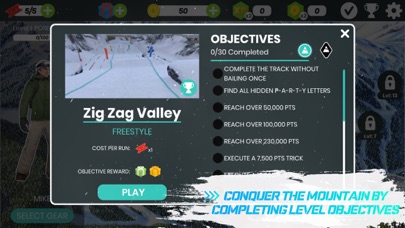 FREESTYLE
Freestyle is all about the tricks! The rider uses natural and man-made features such as rails, jumps, boxes, logs, rocks and innumerable other objects to perform the sickest tricks!

BIG AIR
Go big or go home! Big air competitions are contests where riders perform tricks on massive jumps while going downhill at high speed. You have limited jumps, so make them count!

HALFPIPE
Perform a wide range of tricks while going down some of the world’s biggest halfpipes. Chain multiple tricks in a row to gain more points and achieve a better score.

BONUS SNOWBOARDING CHALLENGES
Every 4 hours, you will have the opportunity to complete a new snowboarding challenge! Complete the bonus challenge to earn rewards, lift tickets, coins, and exclusive gear.

MASSIVE SNOW GEAR SELECTION
Feel like a pro rider with our largest selection of gear yet! Choose from over 100 snowboards and 30 outfits to complement your rider’s tricks, skills, and style. Earn coins to spend on upgrading your rider stats, unlock brand new boards, and upgrade your outfits!

BECOME A MASTER SNOWBOARDER
The more you ride, the more your snowboarder will level up! With over 180 course objectives to complete, there are many ways to earn rewards. Each level objective unlocks prize boxes containing coin rewards, XP rewards, and even exclusive gear! Access the trick bank trophy room to learn every trick in the game!

ASPEN AND BEYOND
Ready to go above and beyond the pro level? Time to make a global name for yourself! Over 35 new global game achievements to complete and earn coins that will increase your rider’s status worldwide.

Love this game! BUT have everything unlocked and only 5 impossible objectives left. 1 level is impossible to get the Y at the very end of the pipe. Two other black diamond objectives of grabs for 4.8 and 5 seconds. Can only play so many challenges and tracks on repeat to get enough gold to upgrade stats before it’s just boring.

I did not think that you could literally ruin a game with ads, but you guys have succeeded in that. Wanna start the game? Ad... Wanna pick a course? Ad... Oh now you wanna play? Here’s an ad over the controls for you! Great work peoples.

beat it the day you released it
jald27

But this one wasn’t it. It looks like it’s a quality game, but half the time press the jump button and release it, nothing happens. This is in reference to the other half of the time that a banner ad is not directly blocking the controls. I half to click on it to get it to go away, which makes it seem like it’s on purpose so they can get more revenue. Regardless, not work the memory space it takes up.

I love snowboarding and during the summer, when I can’t this game helps me still keep motivated and ready for next season! Through the graphics, different levels and more this game is overall a fun one. I definitely recommend it! However, this game is not as fun as the original, “snowboard party” that game is more fun, and easier to get new levels (in my opinion). I completely recommend playing both games!

I can't stop playing this game it's so fun and addicting.......LOL must download