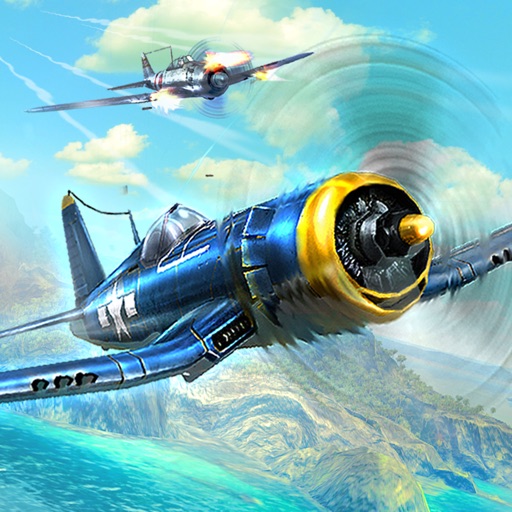 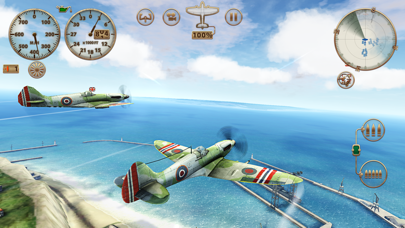 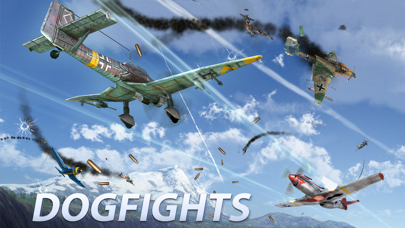 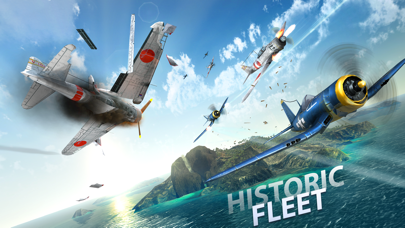 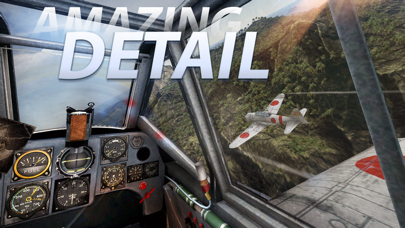 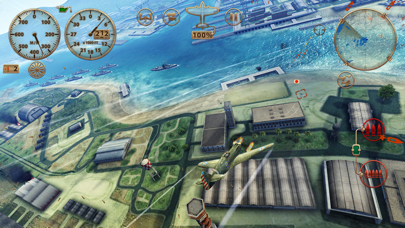 Launched as Editor's choice on the AppStore!

THIS IS THE ULTIMATE WWII AIR COMBAT GAME! You’ll participate in visceral dogfights, protect
cities and fleets, bomb enemy structures and even fly through tunnels. Everything is set up in accurately
recreated real life locations like Pearl Harbor, Coast of Dover, Midway, Germany and France.

IMMERSIVE GAMEPLAY
Take off and land on landing strips and carriers. You will fly in fully recreated cities with realistic
weather, accurate atmospheric scattering with aerial perspective and highly detailed planes with
interactive cockpits.

HUGE COLLECTION OF ONLINE MODES
Invite your friends to play online! Choose between cooperative and competitive modes: Survival, Last
Man Standing, Free Flight, Free for All, Team Match, Capture the Flag and the new Assault. Use Game
Center head to head with Voice Chat for the ultimate duel experience.

GAME CENTER, AirPlay and iCloud
Since this all takes place on Apple devices, iCloud support has been integrated so players can save
and share progress across devices while AirPlay allows them to use an Apple TV to play the game on a
large display. Climb the Game Center leaderboards, challenge friends and unlock all achievements.

Please send us your impressions and suggestions, help us identify bugs. We want to make your gaming
experience the best you’ve ever had. Please visit our support site at www.atypicalgames.com/support.

I love this game it’s worth the money o ya

WHY ARE BUTTONS SO SMALL NOW?
KCdrmr

I used to play this a couple years ago and buttons were bigger. Normally not a problem, but the control surface is exactly the button. The Rudder (yaw L&R ) is so close to edge of screen, and half the time doesn't work. Before you could use Machine gun and Cannon together, but now I have to make sure I have corner of the tip of my thumb right on it. Idk, other games have option of adjusting size and location of buttons, and since this game is about the only decent Air Combat, since another game is gonna disappear soon, help your fat fingered pilots out, FFS.

Great game - I have been playing it for 9 years and I still think it’s the best,

The P-51 is pathetic next to the P-47 in this game , which is absurd . The armaments don’t match up with the planes , and there are other aircraft that have way higher offensive/ defensive abilities that aren’t even close to what they had IRL . That being said , it’s a lot of fun ; one of the most entertaining WW II flying games out there . It’s too bad that the developers never added anything to it , and went into Sky Gamblers 2 . The P-47 is God like compared to all other available aircraft for some reason , and of course you have to buy it if you want it . Multiplayer is awful because of this . Guys who buy this plane are unstoppable , no matter how good you are . They paid , and you’re unable to compete with them unless you buy one as well . It’s at it’s best in single player .

Doing this for the plane