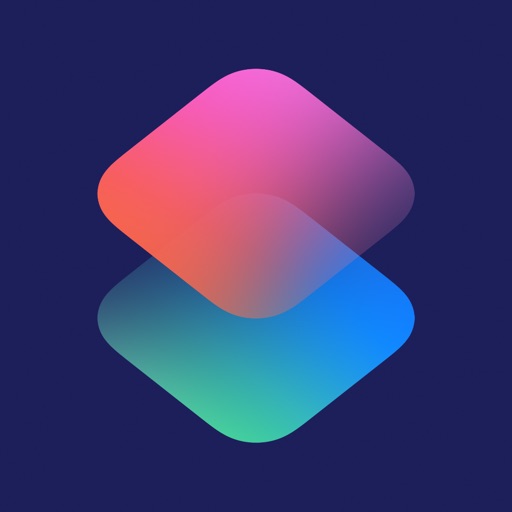 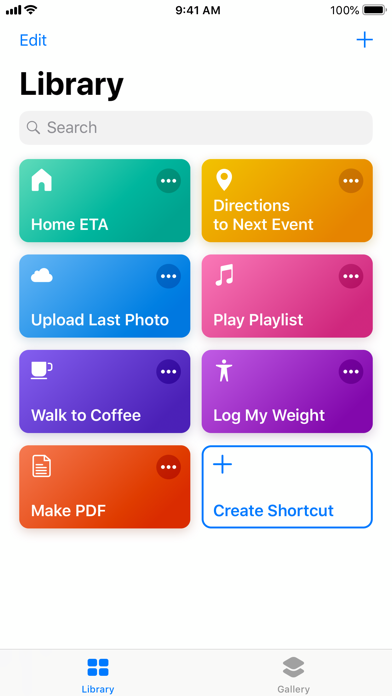 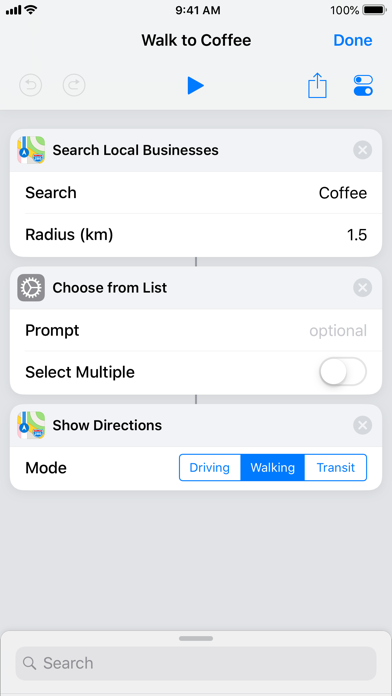 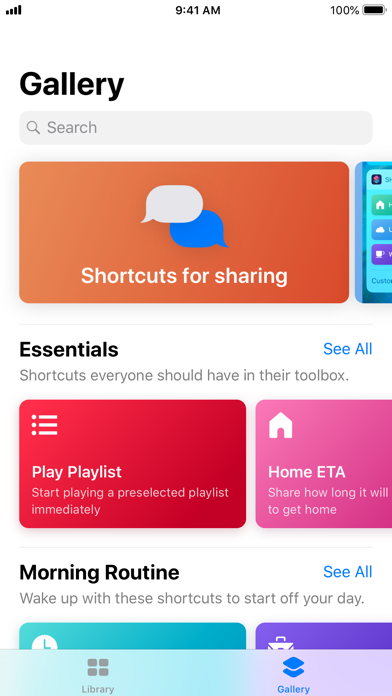 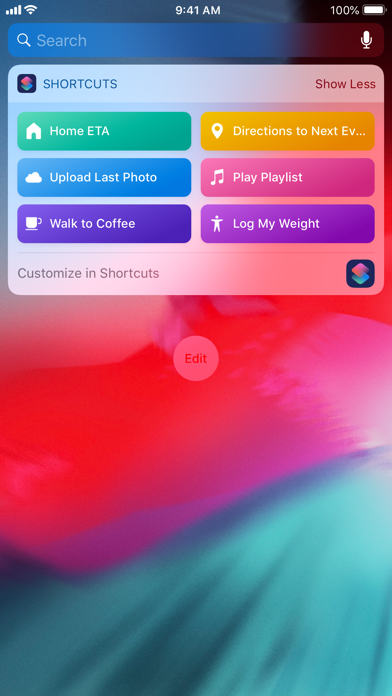 Workflow is your personal automation tool, enabling you to drag and drop any combination of actions to create powerful workflows for your iPhone, iPad, and Apple Watch.

For example, you can use Workflow to:
* Make animated GIFs
* Add a home screen icon that calls a loved one
* Make PDFs from Safari or any app with a share sheet
* Get directions to the nearest coffee shop in one tap
* Tweet the song you're listening to
* Get all of the images on a web page
* Send a message including the last screenshot you took
* And so much more...

Your workflow creations can be launched from inside the Workflow app or from other apps using Workflow's Action Extension. You can even export a workflow as a standalone app on your home screen.

Workflow opens up infinite possibilities of what you can do with your iPhone, iPad, and Apple Watch. But this is just the beginning. Stay tuned.

Development on this seems dead.

IT DELETED ALL MY CONTACTS!!!
llamalvr2020

I love the app but it takes forever to open the apps and I went to open contacts and it deleted all of them!! Worst. App. Ever

it’s not a shortcut app if it opens 2 other tabs before going straight to what you wanted, which makes it three tabs. it’s extremely annoying and you need to fix this. i deleted the app because of how annoying it got. the app is a joke when it comes to its name.

every time i try to add my shortcut to the home screen it take me to this page saying to do exactly what i just did and then once i do what the page says it brings me right back to the page, what do i do? does it have something to do with having an iphone 6?

does it work for iphone 5?
bdbdjhsbd

So when I got this app I wanted to make my apps change colors I went onto YouTube and I searched how to change your app color I bought this app which is free and I started doing it I had trouble because there was no dots where videos said there would be so I had to figure it out a different way and the way I did it is actually really nice and I found out how to do it and now that you know how there’s so many folders on it and it works amazing I would say this it should cost at least $.99 it’s really a mazing app I mean I’m not even joking I have so many colored apps and it’s super super cute I would love you guys to get this app one thing bad about it is when you change the color of your apps like I did on one and then the app slows down and has to go through a whole process just to get to that one out so that is kind of hard because it takes longer to get into your app otherwise it’s amazing!!!!! Only thing is second only thing but second only thing is it takes a while to load and to make things happen such as make new shortcuts Hi again this is an app I still have only done my apps but I will be adding to the app Shortcuts I will update you guys when I have done something else that is productive other than changing my apps

Its good! But one thingg
MidnightLagoon

It is fine
lincon logs