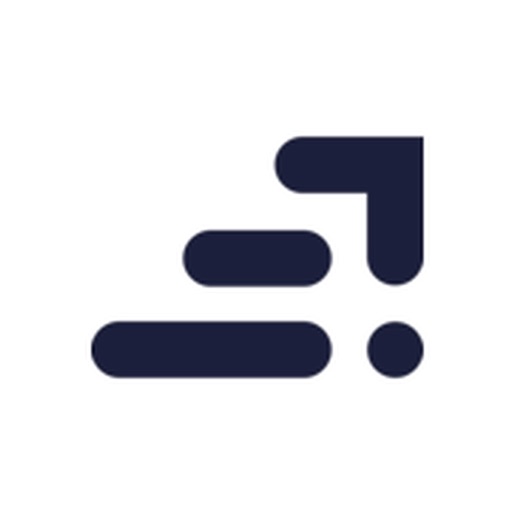 Join over 2 million graduates and learn new skills today with the largest live online educator on the planet. Shaw Academy's focus is on live education because it is interactive, engaging, always evolving and most importantly, better for learning. We deliver great courses, affordably and accessibly, to everyone so join us today to advance your career or take up a new hobby. 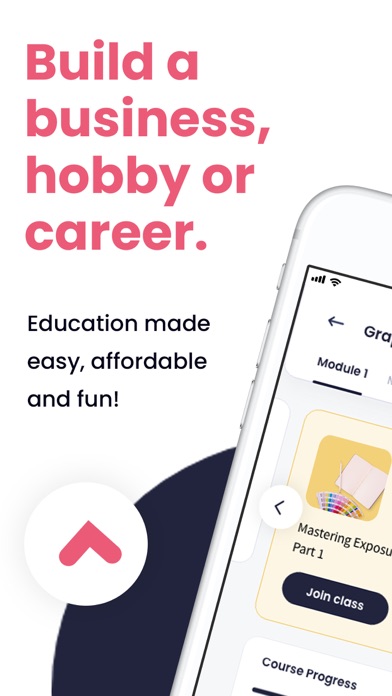 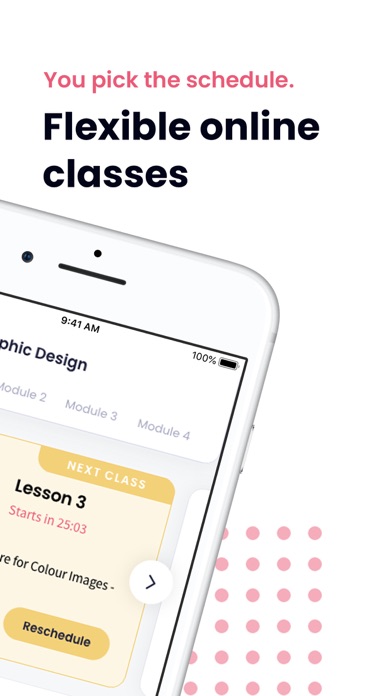 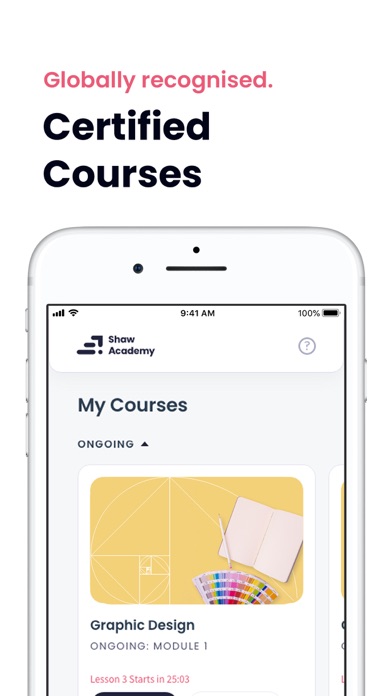 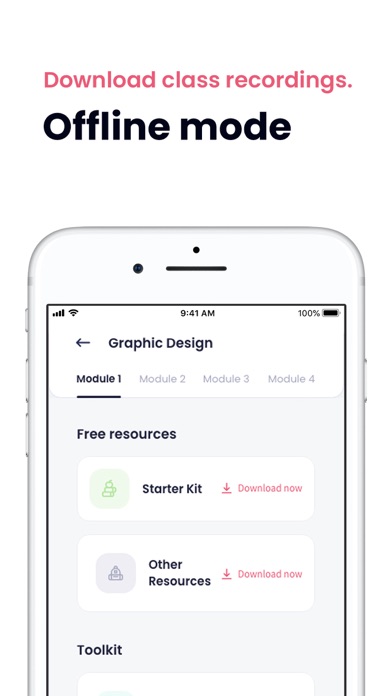 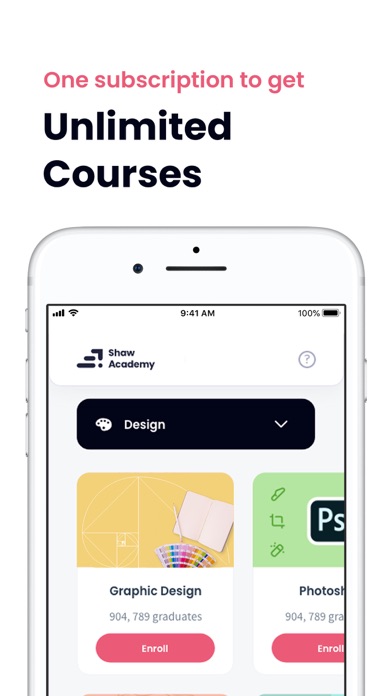 Live Interactive Webinars
Our industry leading expert educators ensure your live interactive lessons have the latest, most relevant, engaging content to keep you ahead of the game.

Gain Your Diploma
Complete your course and gain an Accredited Diploma. Excellent for CV/Resume or simply hanging on your wall.

24/7 Student Support
We provide support on all of our live webinars to ensure no question goes unanswered. Attend live, ask questions, truly learn.

Your Shaw Academy membership may start with a free trial. No credit card or payment details are required for the free trial.

The free trial period of your membership lasts for 30 days, unless otherwise specified, from the start of the lesson you are enrolled in, or as otherwise specified during sign-up and is intended to allow new members and certain former members to try the service.

Your Shaw Academy membership will continue month-to-month until terminated.

Unless you cancel your membership before your monthly renewal date, you authorize us to charge your next month's membership fee through your iTunes account.

You can also cancel by disabling the auto-renew settings from your iTunes account.

“Education is not the filling of a pail, but the lighting of a fire” - W.B. Yeats

I signed up for the free trial and forgot to cancel payments.I was charged after my free trial was over and I was never able to get my refund even though I did not use this website for any of the classes. Wouldn’t recommend this. It’s lame that I didn’t get my refund even though I notified them the day I was charged. I told the person I was talking to that I just want my money back because I won’t use this. He said there’s no way I would be able to get my refund. Would give this a 0 star if I could.

Took my money with no prior warning
Al Ameerah

They just withdraw my money with no warning and i did disable my visa and they just go on and took my info and took my moeny !!!

The most communication from a company I’ve ever had.
Hebeljen

I only tried a free trial of Shaw academy. Right off the bat, I was just flooded with calls, text, and emails. They text me probably 10+ times a day, all the way up till 10:14pm when I’d get the last two texts of the day (this would infuriate me because I wake up at 5 and go to bed early. I use sleep headphones and listen to binaural beats and would get woken up at 1014pm by texts ringing right in my ear). Also, I never had spammers call me, but after I signed up with them, I’ve seriously been getting 5+ spam likely calls every day! I think they sell your info! It’s just a weird coincidence. I read all of the negative reviews so I was super cautious about not clicking anything that might cause me to be charged for tool kits or course materials. Cancelling was a little bit annoying but they changed it so you don’t have to talk to anyone anymore. You still have to call, but it’s automated. I recorded the call just in case they try charging me later on. They seem like a shady company. The courses themselves are all pretty basic information. I don’t know why they make you schedule your class times because they are all just recorded videos. You should be able to watch them any time. But they make you reschedule if you miss a lecture. Their help bot is useless too. I was having trouble getting the video to load and tried reaching out to the help bot and it says “response in less than8minutes” and I gave up after 22 minutes of no response (why would an automated message take so long? Are they trying to make it seem more like youre talking to a live person?) The video lectures would only load maybe 1/3 of the time. I would try on my app, through their website on my iPhone, the iPad app, the website from my iPad, and on my MacBook and I still could only get it to work 1/3 of the time. And like I said, when I reached out to the help bot, it was less than helpful. I wouldn’t really recommend this company. They’re pretty shady and the level of communication is out of control. Even now that I cancelled, as I am typing this, I just received another text telling me to “get back on track in 2021! Reactivate your membership!” I’m going to be watching my checking account closely because of the hundreds of reviews I’ve read about people being cheated out of their money and then they have absolutely zero refunds. Now I’m stuck with scammers calling my phone a hundred times a day. I just really think it’s a funny coincidence. ? Edit to add: I signed up a week ago and in this week, I have received 111 text messages from this company. I was just curious and literally counted them lol. Edit 2.0: *15min later* make it 114 texts. Edit 3.0: *2 hours later* now we’re up to 116 texts. (By the way, I cancelled my free trial this morning. They’ve been texting me begging me to come back as well as the texts I received before, acting as if I still am an active “student” and trying to upsell tool kits and course materials. Edit 4.0: *2 days later*membership still cancelled* we’re at 134 texts now. I know I should block them but I’m paranoid about them charging me for something and missing a text about it or something because their other reviews have made them seem so shady. Edit 5.0 in response to developer response: you’d like to fix this? How would me contacting you help again help me in any way with what I wrote about? Did you even read my review? This further convinces me how shady you guys are. Btw, I lost count of texts since last update, but it’s been even more frequent if you can believe that. I’m changing my review from 2 stars to 1. Edit 6.0: I just received a text from my bank saying there was an unauthorized transaction for $100 for some “roarmoneytrans” for card xxxx. I find this really suspicious because Shaw Academy is the ONLY company that recently has my card info, I haven’t been using that account at all. I find it really suspicious and don’t trust this company at all. I suspect they sold my card info because I canceled their service or something. I’m STILL receiving several texts a day telling me “why’d you drop out?” They’re trying to shame me for dropping their service! I think this is super slimy. A real college or university would NEVER shame its students or former students. This is really sh***y of them actually. Just one more reason I would never pay for their program. Update again: it’s 2 months later, 8:00 am Sunday morning. I just got a call from the UK. I answered out of curiosity and low and behold, it was Shaw Academy! 8am on a freaking Sunday morning calling to try and get me to restart my trial. I immediately told them I wasn’t interested as politely as possible and he tried convincing me again, but I declined and told him I again wasn’t interested and we hung up. Thankfully, I have a new debit card now (because, coincidentally, someone got ahold of my card info...I’m looking at you, Shaw Academy). I’ll keep updating this review as necessary. I am still receiving multiple text messages daily from them by the way. I’ve muted the notifications but I don’t want to block them outright just in case I need the documentation to show how much they’ve been harassing me!

They won’t refund for nothing in the world. I made a purchase by mistake now I’m stuck with them.

Do not fall for this service. Their app has courses that most people can’t utilize and the ‘free trial’ that you signup for is never going to be free. They will charge your card before the end of the trial and make it impossible for you to get the money back even if you havnt done a single course on their app. Once you sign up they will make it impossible to cancel. I had to close my credit card account to get rid of them. And the worst part is they send self destructing emails so that there is no proof of your emails with them.

I have unsubscribed to Shaw academy a week ago. Every single day it tries to take money out of my bank card, not only once a day but multiple times a day every single day, and it’s not even the same amount of money they are trying to take out! It’s different amounts of money every single time! It came to the point where I couldn’t even leave money in that bank card.

I have lifetime membership and continue to only get so far in course and than it stops asking me to buy course.

Canceled before the trial and still charged and lied to
Nomad02141

Signed up for the free trial on May the 6th of this year but canceled because the app seemed a little off and kind of suspicious. Mind you I canceled that same day but just found out I was charged on the 15 of this month. I sent in a support ticket only to be told that I didn’t cancel and would not be receiving a refund.....I have the email confirmation saying that I indeed did cancel my subscription. Wish I would have done a simple google search before falling for this scam.

I flipping hate this app so much!! and that is brutally honest!!!!! I canceled this months ago and they attempted to charge my account. not cool. and to keep people you have to call a 1-800 number just to call. that’s bogus. and it’s not 24 hour. scam.