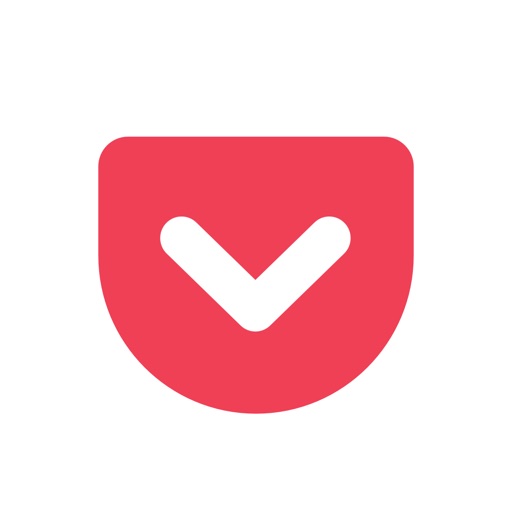 Pocket has been named one of the best apps for iPhone and iPad by the App Store. 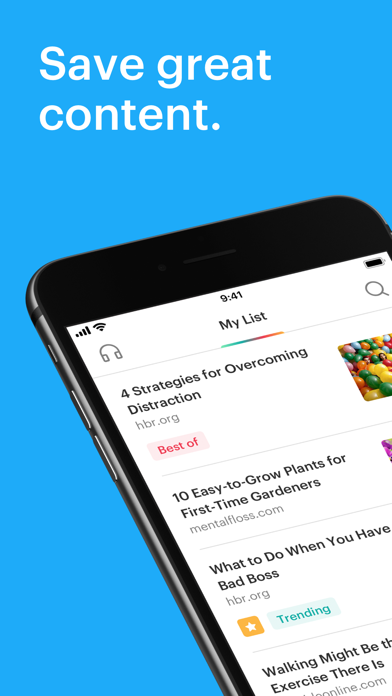 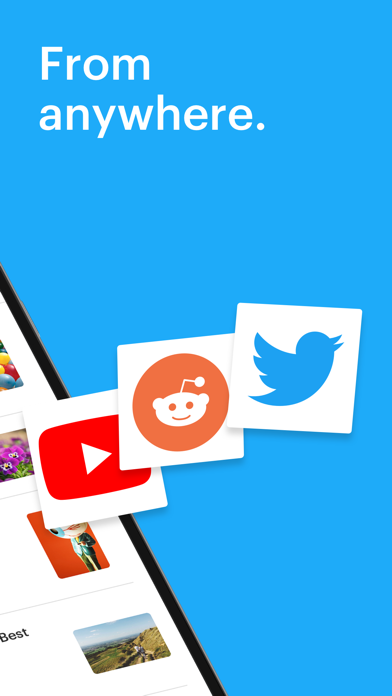 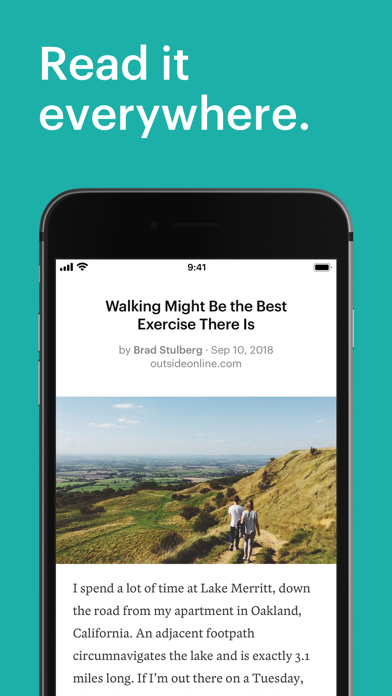 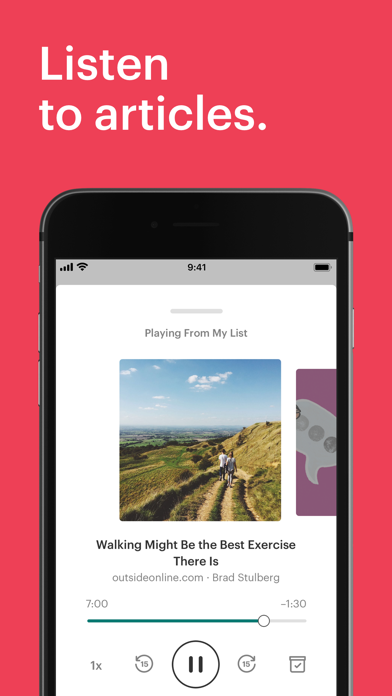 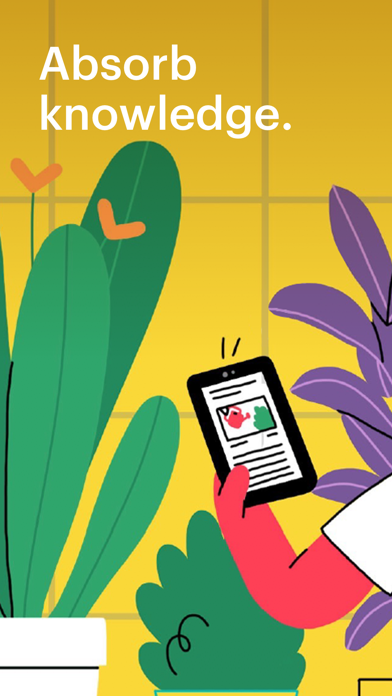 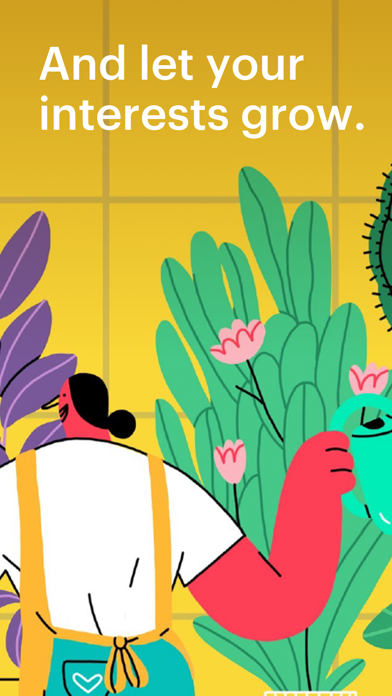 Over 12 million people use Pocket to easily save articles, videos and more for later. With Pocket, all of your content goes to one place, so you can view it anytime, on any device. You don’t even need an Internet connection.

Don’t lose track of the interesting things you find by emailing yourself links or letting tabs pile up in your browser. Just save them to Pocket.

WHAT CAN I SAVE?
Save articles, videos, recipes, and webpages you find online or from your favorite apps.

VIEW EVERYWHERE, EVEN OFFLINE
If it’s in Pocket, it’s on your phone, tablet or computer, even when you’re offline. Perfect for commutes, travel, and curling up on your couch.

BETTER VIEWING EXPERIENCE
See your saved items in a simple, easy-to-view layout that improves the viewing experience of any page.

WORKS OFFLINE
Access what you’ve saved offline. Set up Pocket to only download when connected to Wi-Fi to reduce data usage.

USE WITH YOUR FAVORITE APPS AND SITES
Whether you’re browsing online or on-the-go with your favorite apps, Pocket lets you save great content wherever you find it. After you’re done reading, send the articles and videos you love to another friend’s Pocket, or share to Facebook, Twitter, Evernote, or Email.

PERSONALIZED HIGHLIGHTS
Save as much as you want, Pocket will highlight the best and most relevant content in your list.

POCKET PREMIUM
Upgrade to Pocket Premium for a more powerful Pocket experience. Premium includes Permanent Library to keep a personal backup of what you save, Full-Text searching to find anything in your list, and Suggested Tags to get organized fast.

Pocket is available for Mac, iPhone, iPad, iPod Touch, the Web and any other phone or tablet.

You can also save to Pocket with our Browser Extensions for Chrome, Safari, Firefox and Internet Explorer.

Learn more about us at http://getpocket.com.

Information about Subscriptions:
Pocket Premium subscriptions are at a monthly rate of $4.99 or an annual rate of $44.99. Your subscription will automatically renew unless auto-renew is disabled at least 24 hours before the end of the current period. For each renewal, your account will be charged within 24 hours prior to the end of the current period, at the same monthly or annual rate. Subscriptions may be managed and auto-renewal can be turned off by visiting iTunes Account Settings.

Almost but not quite…
Golden-Crowned Kinglet

Would be 5 star if the page-flip setting worked better (it cuts some lines of text in half, making them unreadable) and section breaks in articles were formatted as such. The latter is extremely frustrating because turning an article with multiple sections into one long block of text detracts from the reading. That said, still a very useful app.

I primarily use Pocket to listen to articles. The voice quality is great and playback speed makes it flexible. It works with many sources, but not all. Any that do not work can be reported to the developers, but they haven’t responded with any fixes. A few bugs exist: the apps cache grows to hundreds of megabytes and the only way to clear it is to uninstall and reinstall every few months. The playback progress bar doesn’t animate properly until playback is paused, then resumed.

App is so buggy now
yoshakezula

I've been using this app for several years and it feels like the quality has declined. Almost every time I switch to another app and back, pocket will lose my place in an article. I've reported this and provided detail but it hasn't been resolved. Also, when I rotate my screen and then rotate it back, it loses my place. These bugs have been here for a while now with no fixes to the most basic function of the app

Hard to believe all these good reviews
2thomps

Not only does it not capture the recipe most of the time when it does capture one it includes all of the ads that showed up on the page! I know from other apps there is a way to prevent it from picking up the ads that interrupt the recipe.

I’ve never written a review here before but…
Gail Brickplate

Pocket really has become one of my favorite apps. I have saved news paper articles, recipes from everywhere. Anything! It’s so easy to do that I go back and look at my saved stuff and I find stuff I forgot I saved, that’s how quickly it saved it. I’ve never had Pocket say they couldn’t save my eclectic amalgam. And they send out a nice little newsletter that has things they’ve found interesting

Pocket is so easy to save an article for reading later. They also have a good newsletter with popular saves.

A wonderful way to capture and save articles to read later when you have more time.

Pocket is on the short list of apps that I use everyday. It really is.

I was looking forward to using this app, but it will not let me register. Says my email is incorrect, not sure how it know. Obviously many people enjoy it, as it's been around a long time. For me, I'm deleting.

When you want to read an article without distractions this App is really good, rather exceptional ^^