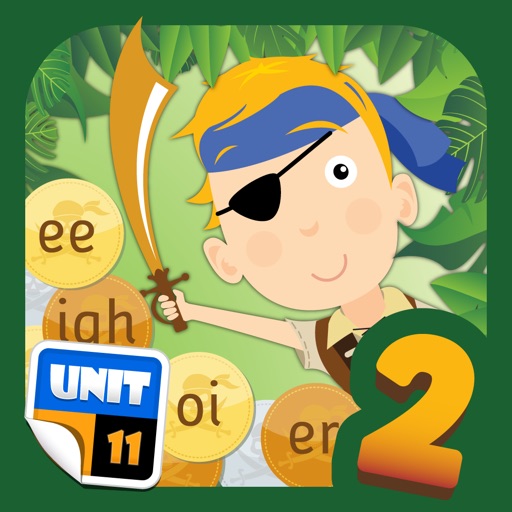 Pirate Phonics 2 is packed with another 31 new phonics and six new islands to explore, including a blending island, where children learn the sounds made when phonics are put together.

Join Blackbeard and the pirate children on another adventure featuring many new challenges as children continue to learn to read.

The 5 new treasure islands introduce the phonics one by one and then use blends to form simple words (mainly CVC).

Phonics introduced in Phonics 2 include:

Note : This app does not support iOS 5.1

While a good app for the phonics, it doesn't allow for multiple players so that you can track each child's progress. Also because the foregoing functionality is absent, you have to start from the beginning each time. An improvement in this area would definitely increase its rating.