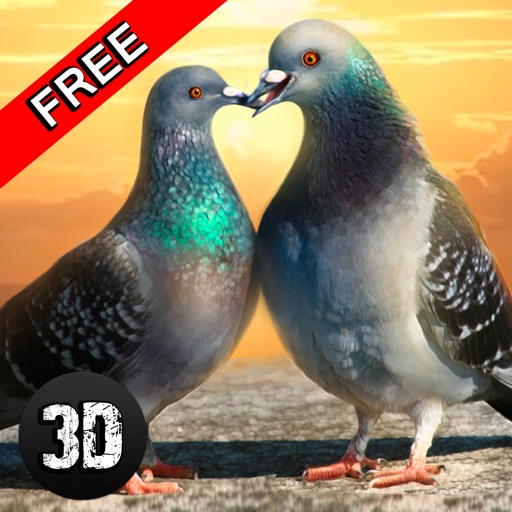 Fly in the sky and live the life of real pigeon playing our new Pigeon Bird Survival Simulator 3D game! Search for food, fight against city predators – like cats. Meet other doves to join your flock, raise up nestlings and fly over the city streets! 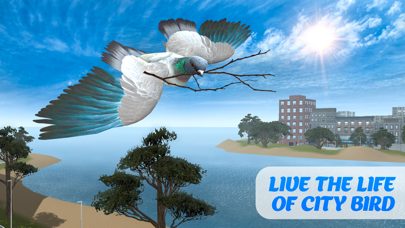 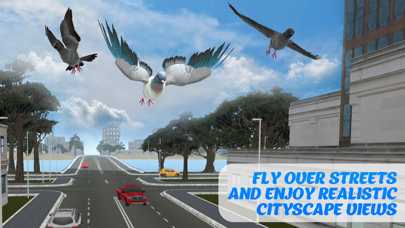 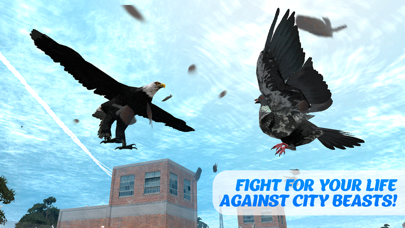 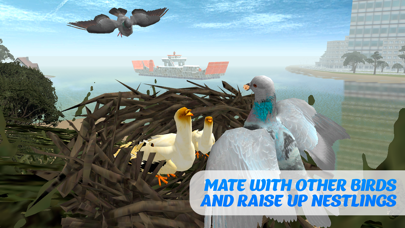 It’s time to live the life of ordinary city dove! Improve your skills of flying like a real sky bird, earn points, buy power-ups and level up your city bird’s abilities! Maintain health, hunger and energy rate to set up a flock of pigeons! Set up your own flock, fight for your life against cats and other predators, compete against other city animals and have fun! Pigeon Bird Survival Simulator 3D is your opportunity to meet other birds, such as eagle, crow etc.

Follow the wind towards the big city and fly between the skyscrapers and large buildings, see the city from up high in the air and have fun with Pigeon Bird Survival Simulator 3D!

Get ready for the ultimate bird city simulator and fly like a pigeon! Search for food, fight against city predators, meet other wild pigeons to join your dovecote, raise up doweling and fly over the city streets!

Spread your grey wings and take flight just like a real bird of peace! Check Pigeon Bird Survival Simulator 3D and emerge into the atmosphere of city bird’s life!

They tried to make the game they didn’t do that well but least it’s a game they did their best it’s cool though awesome game ?.

I hate this game it’s glitchy bad and whenever I do the right thing it just doesn’t work horribly setting awful world no fun please I don’t recommend get it!

THIS GAME IS JUST TERRIBLE. THE STUPID DOGS JUST POP UP OUT OF NO WHERE AND EVRY TIME I PLAY THE STUPID FUDGING FOOD IS GONE AND I THEN I STARVE TO DEATH. BUT TO THE PEOPLE WHO COMPLAIN ABOUT THE ADS IS ALSO BAD. U CAN LITERALLY JUST EITHER TURN UR WIFI OF OR GO ON AIRPLANE MODE. Fix: -there’s no food cuz it disappears when u don’t even eat it -what is wrong with the poop its impossible to aim -FIX THIS STUPID GAME CUZ I CANT EVEN GET A MATE OR BABIES -IM DELETING THIS GAME BEFORE U EVEN UPDATE IT WHEN U UPDATE MAYBE I’LL REDOWNLOAD IT!!!!!! Dear people who r about get this game, U should not download this game. The reasons r: 1. If u read the stuff I told the people to fix 2. It’s terrible 3. DO NOOOT DOWNLOAD THIS STUPID GAME 4. Just don’t And finally, 5. Everything is bad. It’s not even realistic, the dogs appear out of no where, it’s terrible, and the food disappears without even eating it and because of that u starve to death.

DOT GET IT! It doesn’t even show you how to do things in it DONT GET IT!

TERRIBLE SORRY
WHY SO TERRIBLE

I’m sorry but you need to make it better cause when I landed it did not let me fly again.Also I do not know what to do in this weird game I don’t like flying because I used my energy and it was Really slow like 99% I could barely MOVE PLEASE FIX THIS!!!!!?

Worst game
life of a myth

This game is terrible because when you get to mission 2-5 you’ll die soon and have to start all over again! Consider not wasting your time on this. ?

I got this pigeon game a while ago and it’s not that bad. I found out how to control everything and to eat you have to find an area we’re there are seeds and to poop you have to fill up the poop bar while you are eating. There are WAY to many ads but other than that it’s a pretty fun game. ??