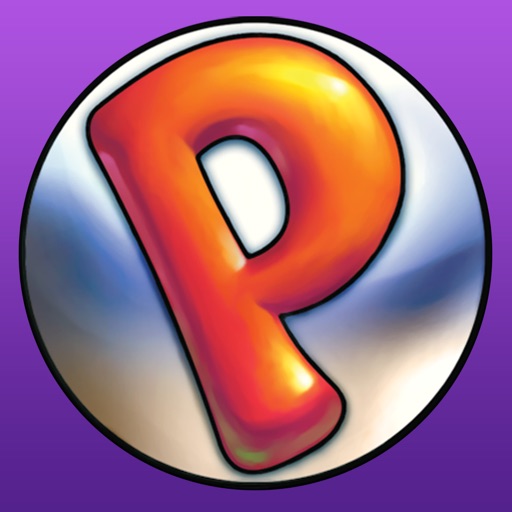 We want to remind our players that Peggle Classic is compatible with iOS versions 5.1.1 to iOS version 7.1, and with the following devices: iPhone, iPad, and iPod Touch.

Shoot to clear all the orange pegs from 55 sparkling levels in what msnbc.com calls one of the "top 5 most addictive games of all time." Become a Peggle Master and pit your skills against over 40 Grand Master Challenges. Rack up bonus points and hit style shots that will make you smile for weeks.

FOUR WAYS TO PLAY
Clear all the levels and train with the Peggle Masters in Adventure mode. Revisit your favorite levels in Quick Play. Face off with friends or your iPhone or iPod touch in Duel. Unlock Challenge mode and prove that you have become a Peggle Master.

ACTION ON MANY LEVELS
Raise the Fevermeter in spectacular, colorful levels including snow banks, tulip fields and outer space.

MASTER MAGIC POWERS
Hone your skills with the help of 10 Peggle Masters and learn their magical skills.

EXTREME PRECISION WHEEL
Fine-tune your aim to bust more pegs with every shot.

COOL NEW STYLE SHOTS
Rack up more bonus points with tricky shots like Off the Wall, Double Long Shot and Eye of the Pyramid.

TROPHY ROOM
Build a shrine to your own awesomeness in the new Peggle Trophy Room.

SAVE AND REPLAY YOUR BEST SHOTS
Relive your Peggle glory and show your friends your most spectacular shots!

POPCAP MAKES LIFE FUN
Visit us at PopCap.com
Follow us on twitter.com/PopCap
Find us on facebook.com/PopCap

This is the best game ever made. It's fun, and makes you feel good while playing it?. Work your way up harder levels, then challenge your skills by perfecting the levels. Enjoy the Accolades when you win and in-game save those amazing shots that you still can't believe you did.

UPDATE THE APP
Against Greed

This game will challenge ur hand eye coordination

For years I had the full version of Peggle Nights. I've played through the whole thing about four times. I wanted to start playing through it again only to find out that it has now been replaced with the "lite" version, which is only the first five levels, then I'd have to pay another $9.99 to play the rest. When I bought Peggle years ago, Peggle Nights was included. Now they want me to pay again for something I owned? I'm angry that Apple allowed them to remove features from an app I paid for and then ransom them back to me. Pop Cap has not released an original iOS game in years. Instead of developing new games, it seems they have been spending their time trying to figure out ways to screw their customers.

I started Peggle on my desktop and fell in love with it. Now I play it regularly on my iPad. I've gotten good at it that I have surpassed master levels. It's addictive! I LOVE THIS GAME!

I love the game and would have happily given it 5 stars if I didn't have to turn off the annoying music EVERY time I play. None of the settings seem to keep from session to session.

A fun, easy to pick up game, that is great to play when you are waiting for a train or meeting or anything else.

I love the free version of this game, but on this one, the aiming is overly sensitive, so it's hard to get it where you want it, and simply lifting your finger off the screen can mess it up. And instead of the intuitive double tap of the free version, you have to press a special button. Why is the paid version so much more obnoxious to play??