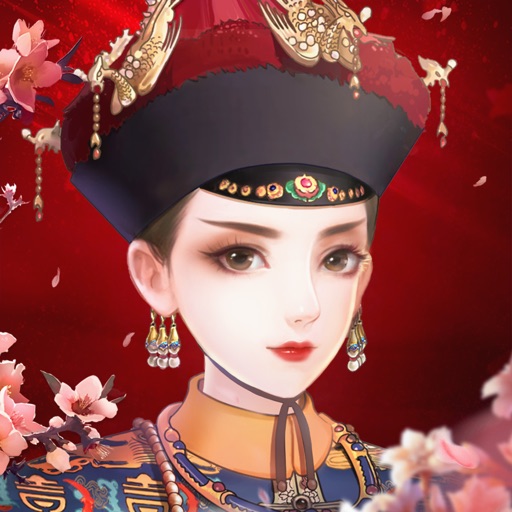 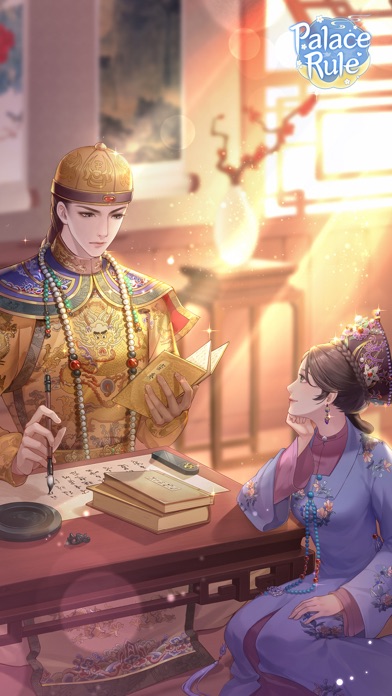 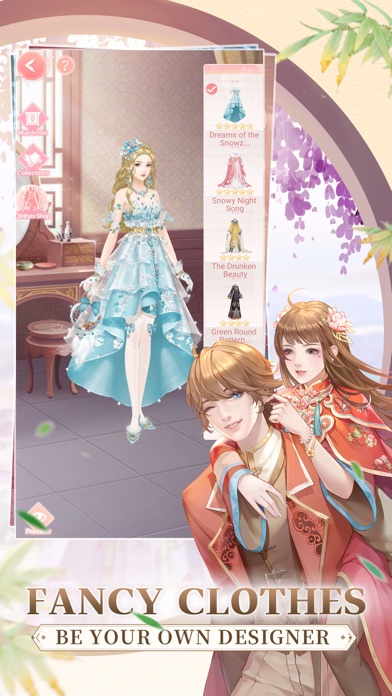 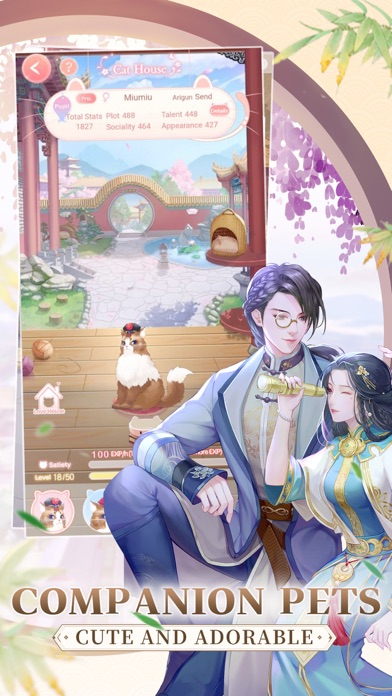 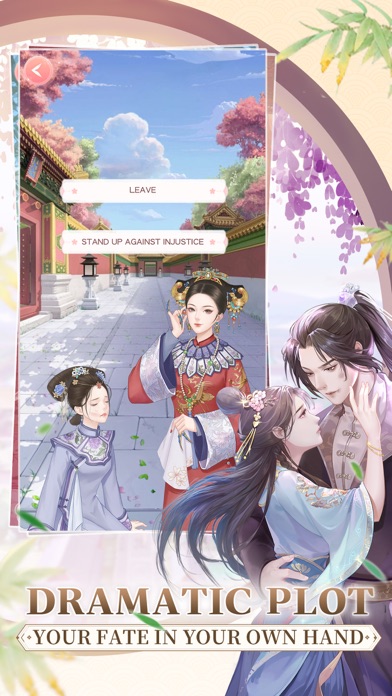 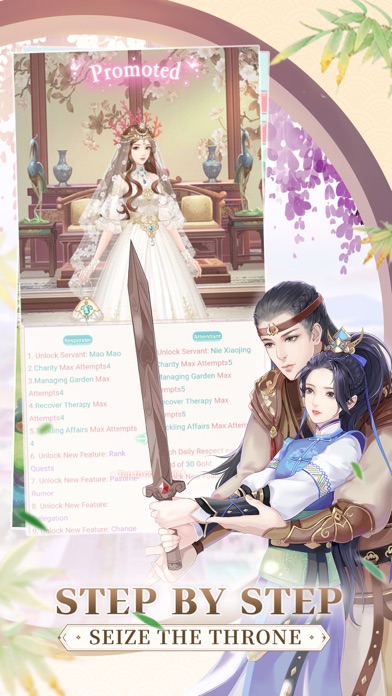 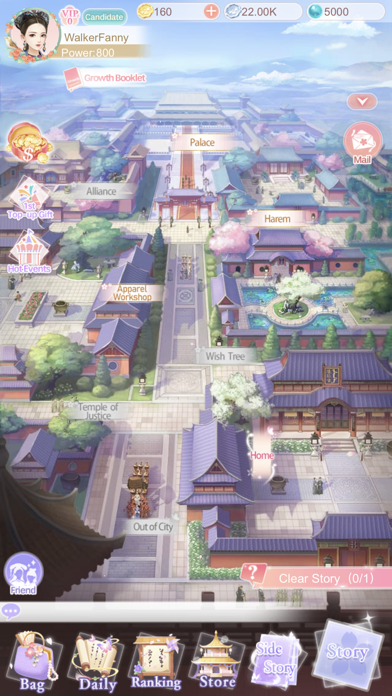 1. Dramatic Plot, Amazing Dubbing
Super enjoy the story of the Qing palace travels through the novel, the emotional interpretation of the world's cause, if life is just like first sight, ups and downs, watching and playing, the ultimate sultry dubbing, immersive experience, put on headphones and enjoy this moment.
2. Gorgeous Costumes, Be Your Own Designer
Thousands of costumes, hairstyles, makeup, clothing, accessories, socks, shoes, match them as you like. Be the most beautiful girl in the Forbidden City and lead the fashion trend of the Qing Dynasty.
3. Romance in Palace, Lover Development
Despite the indifferent moonlight, characters in palace are sentimental. Dress up to meet lovers, and exchange gifts with each other, as well as your love. Nevertheless, your fate is not in your own hand. Among the four gentlemen in this deep palace, who is your true love?
4. Get Promoted, Seize the Throne of Empress
Step by step, finish dailies to get promoted gradually. How to become the Empress by starting with just a candidate? This is a battlefield for women, do you dare to fight?
5. Train Followers, Form up Your Own Force
Followers from all walks of life can be cultivated and dispatched. Upgrade them to exert their talent in socializing or art, everything is up to you!
6. Companion Pets, Cute and Adorable
Innovative cat house mechanic, come to raise various cute cats, cultivate them to adulthood. Find love for your cats through the whole server, a paradise that cat lovers cannot miss!
7. Manor System, Grow Vegetable and Feed Yourself
Even if you are in the palace, you can experience the manor gameplay! Plant vegetables and harvest them, it would be fun to enjoy a relaxed life like this!

Your ads need to be report
{Siricjr}

Fun for a short time
LizzzyMae

Fun for the first few days then you hit a wall where you can’t get enough energy to continue and you’re stuck. I’m really sad because I like it but now I get 1 very short episode a day.

Pretty fun, but only 50 friends!?
Ssmittyz

This game is enjoyable, and the community is great. What’s odd is that you can only add 50 friends. It seems the only way to get someone off your friends list to make room is by blocking them, which seems a bit extreme ... and there are many aspects of the game that need instruction. Like, what is “batched delete” in friend section? Why can’t I use redebate? Why do I even need to debate on the first place?

The girls / or guys in the chats are swearing. They hope that the chat won’t be censor in the near future. It is very inappropriate to talk in such a manner. They have also tried swearing in Chinese, seems to not be blocked too. Thank you! They are learning abt royalty, but talk like gangsters... There is a glitch when I clicked to claim achievement rewards, but it did not appear in my bag/inventory.

So the graphics are kinda cool I guess, sort of 3D ish almost? Idk But my main issue is that it’s basically a copy of another similar app called the Legend of the Phoenix. The setup, gameplay, character and setting designs are all basically identical. Just that the names and plot are a bit different. Idk how copyright laws work in China but this game has copied work in many areas. Personally, I like the Legend of the Phoenix better, the art is prettier/nicer in my opinion, and I think the English translations are better. Also, I didn’t get very far in this game but I also read other comments about this app and it seems like the purchases made for this game are more expensive compared to the Legend of the Phoenix. So that’s another thing. Anyway, I know there are lots of similar games like this that are Chinese historical based dress up story games. Which is a fine genre on its own. But they should’ve been more original in the art design etc. since it’s so clearly Legend of the Phoenix rip off... I had high hopes for this one but nah, imma drop it.

The story lines are amazing. And the dressing is great

Love it, but minor changes to make
CeeSalt_

I have become thoroughly addicted to this game! I love it! It’s a cute story line with romance, but also focuses on you and your ranking. I do wish that it wouldn’t be so hard to level up without making a purchase tho. I think the game needs to be made more playable without having to put in so much money. I’ve spent around $30 already and I’m nowhere near some of the top people, who I imagine have spent almost $100 at least. Also, id like to see the translations be improved. Sometimes I get a little lost when reading because the translation don’t always make sense.

I really enjoy this game, and even spent some money to become a VIP. An issue has arisen with the in game chat where if a word ends in the letter G, and the next word starts with the letter M, it becomes censored. (Ex. Doing my hair = Doin ***e hair) this has made it even more difficult to communicate after already having to work with language barriers. It made it seem like some members were cursing at others, even though what they were saying was completely clean.

I would love to rate this five stars, I really would, but there are so many issues right now that need to be addressed first. Let me start with an easy one: the scripts are terrible. I’m not sure if they’re meant to be direct translations, but the wording is sad, the grammar is terrible, there are a slew of typos, and the character choices are so limited they basically don’t exist. Here’s another issue: during a dress up stage, the recommended items should not include items that the player can’t possibly have at their current level - such as a stage in chapter 3 recommending an item received upon completing a stage in chapter 20. It should also not recommend items that are random drops, or event items, unless they already exist in the players’ inventory. This one is far more important and will require a lot more thinking to deal with: this game is not friendly to its free to play players. Because they’re not spending money, they have lower power and less access to energy, making passing stages and completing chapters drag on for far too long. During events, players who spend money have a huge boost over the free to play players, meaning that they have no chance of even competing with paying players. I’m hearing people talking about leaving because of how much they struggle to keep up with the story, especially when compared to paying players. I have already seen a bunch of people leave. Work needs to be done to keep from estranging the playerbase. When these issues have been addressed I will be happy to adjust my rating accordingly.