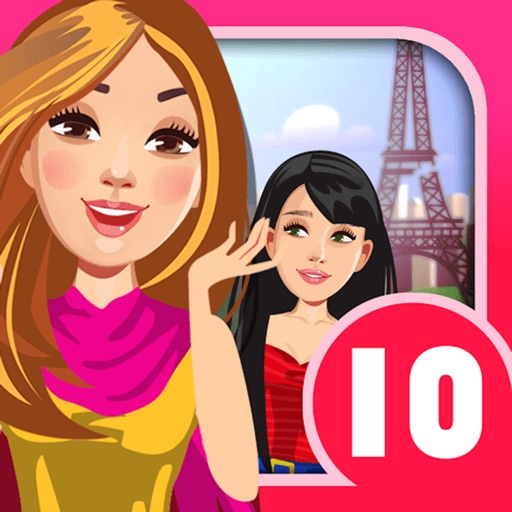 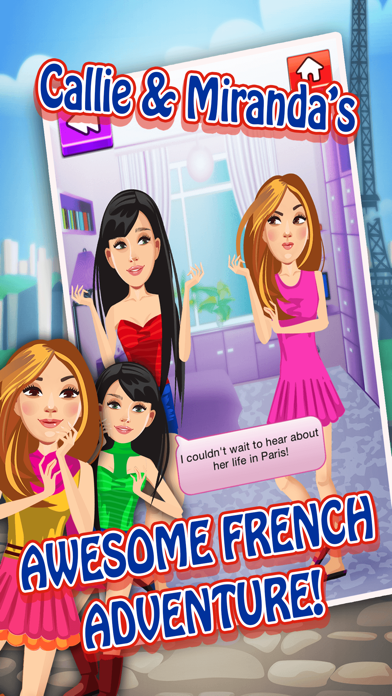 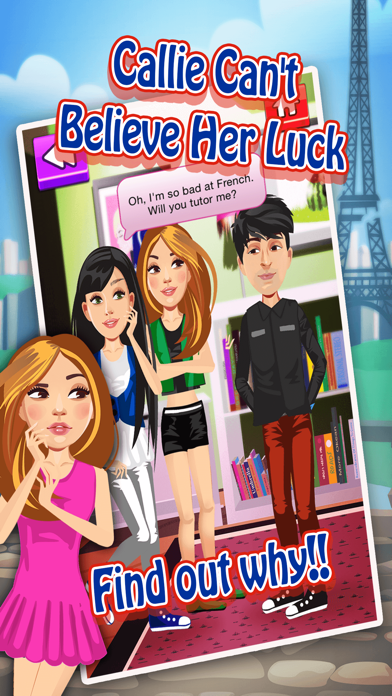 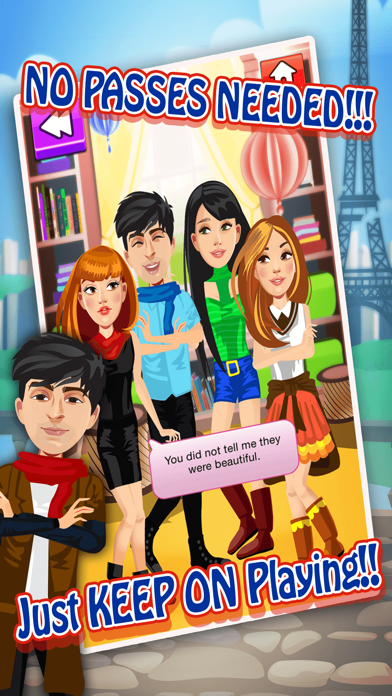 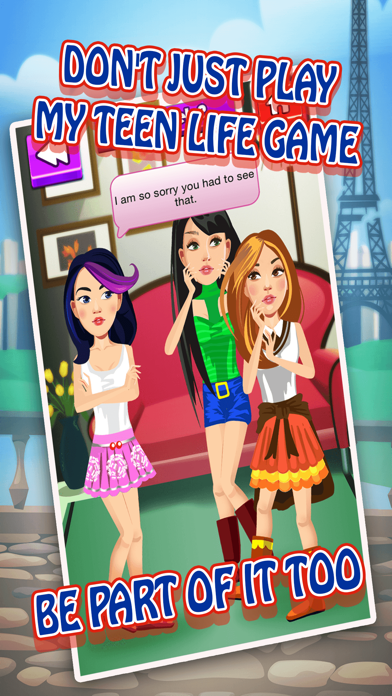 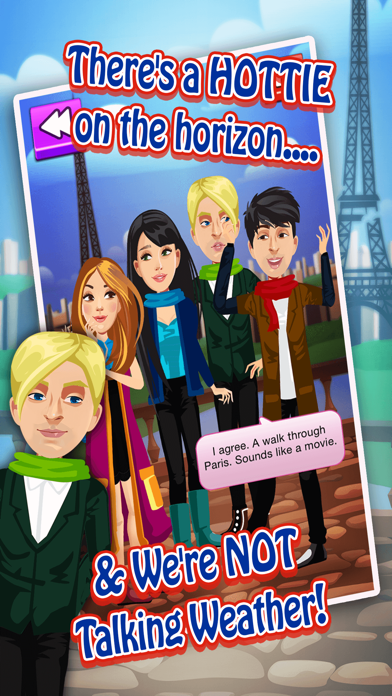 In the latest My Teen Life Episode game, Miranda has big plans for her French Exchange Student! What could possibly GO WRONG!! Join this My Teen Life Interactive Story game for a crazy adventure and gossip! It can be as challenging as you want to make it!

The girls are in for a MAJOR SURPRISE! An INVITATION to PARIS!!! OOOHHH LA LA!!! BUT can they make it?? Well download this episode to find out!! MERCI!!!

DON'T JUST PLAY OUR TEEN LIFE STORY GAME...BE PART OF THE EPISODE TOO!!!

Win coins for correct words but if you need help with the missing word you can buy a letter or the whole word. There are also chances for you to get FREE letters! You can also buy coins to bank for when you need a hint.

This is a great INTERACTIVE game that gets you involved in the TEEN LIFE of Callie & Miranda! GET IT NOW!!!

Please check out OUR GAMES in this app and see all the other stories games you could be enjoying!!

IMPORTANT MESSAGE FOR PARENTS:
- This App is free to play but certain in-game items may be purchased for real money. You may restrict in-app purchases by disabling them on your device.
- By downloading this App you agree to Top10 Games Privacy Policy:
http://www.top10-games.co.uk/privacy/privacy.html
- Please consider that this App may include third parties services for limited legally permissible purposes.

I have to say I like this game but everything happens fast and then the game ends. They're could be more characters and you've kindve make it like episode by pocket gems but without the passes and that's cool. In conclusion i like this game but make it longer

The story is relatively short and not interesting enough to get wrapped into. Everything happens too fast.

Stupid no good game
Me awesome and pretty🌺⭐👣

The game is so good you don't need passes to go to the next episode & if you need a game for offline this is a perfect game for you... But I do have to say it's not the best quality of the people and it only has a little bit of chapters but you could download more games with the same brand !!! C:

The game needs to have more than 11 chapters. I was disappointed when I finished the last chapter and there was nothing else to do on the game. The game is also too much like Episode. Episode at least lets u make more choses in stead of every chapter. If I was the people who created this game I would change the game a lot!!!! I HATE this game.

Like laughing faces I like you your funny but your not the only one who sees a hottie at the airport but I like MattyB he's a rapper and he and some girls sing with him as well but he's super cute!!!