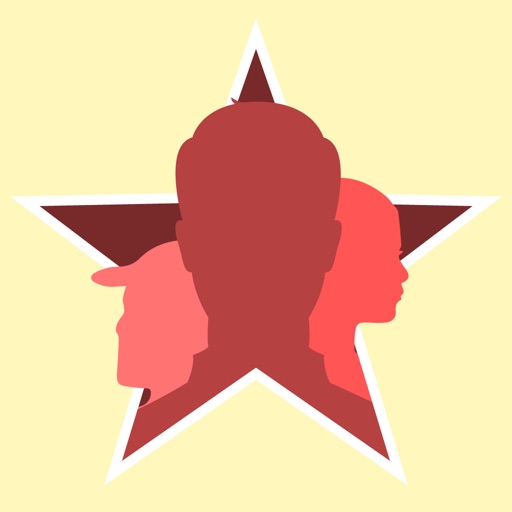 Ever wondered how you, awesome as you are, would fare in place of your favorite actor on the poster of the newest hit movie? Have a great idea for the big blockbuster and want to see how it would look on a movie poster? Now, with the Movie Poster Maker, these dreams can be your reality. This app lets you either design your own movie poster or work off of a parody of an existing movie. You can add text such as: release date, actors names, and movie title. The text can then be manipulated by changing its size and location on the movie poster. 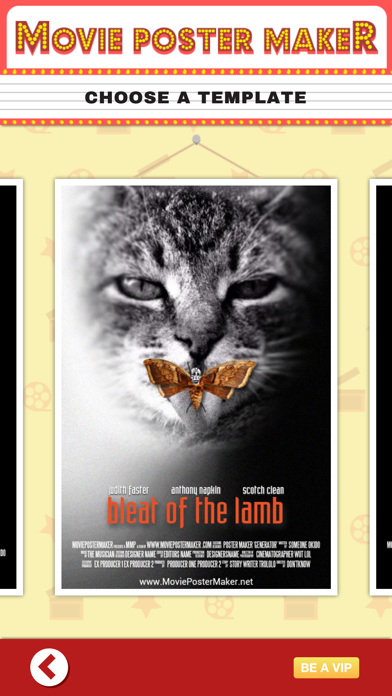 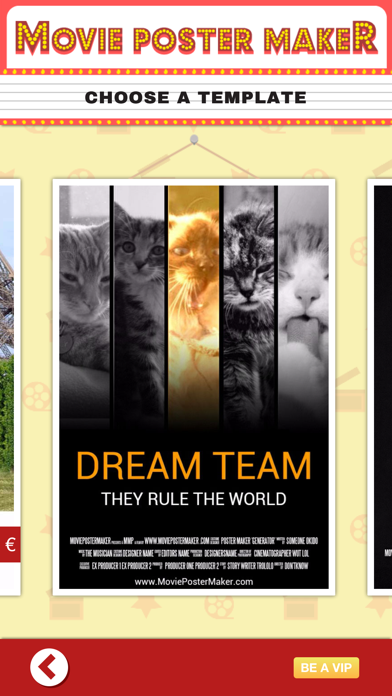 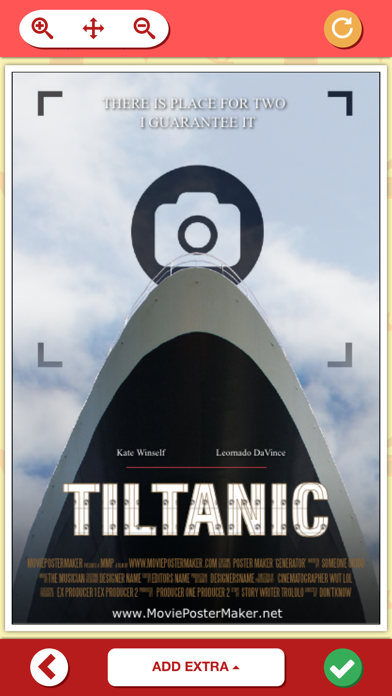 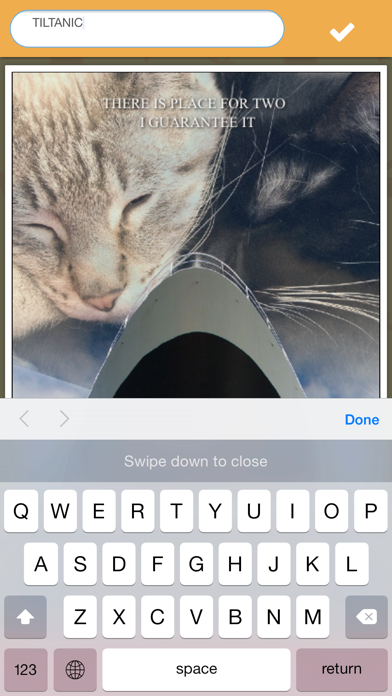 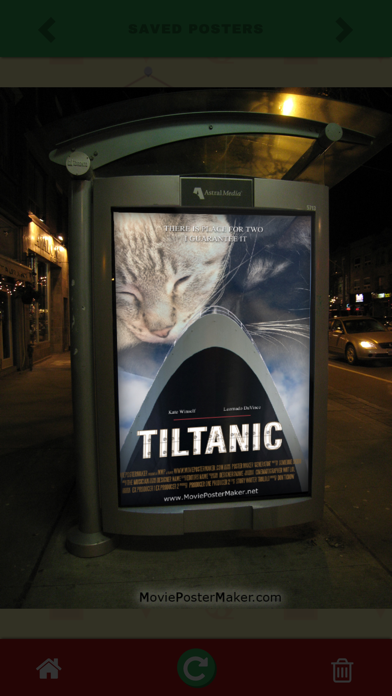 A photo of your choosing can be added to the movie poster. This app allows your chosen photo to be given special effects in a variety of awesome ways including:
- Changing the Brightness / Contrast
- Adding Noise / Sound
- Changing the Hue / Saturation
- Zoom blur
- Changing the Perspective
..and more !

To impress upon yourself, and even your friends, your undeniable awesomeness- awards can be added to the finished movie poster. Upon completion of your work of art, it can be automatically photo montaged into a real location such as a bus stop or subway wall and then either stored in your personal photo gallery, or better yet shared with all your friends.

The “Movie Poster Maker” App is a creative tool that allows you to create your own movie poster.

Do you like to create posters and banners like horror movie posters, old movie posters? Then this is a gift only for you! Here you will get different template along with a collection of punch line, extra text, actor name, movie title, release date etc.

It’s a real excitement of making famous movie posters using movie poster frames. You can change each text by what you want. You can also move the position of the text and modify size.

This offers hundreds of professionally-designed poster templates that allow you instantly create stylish posters of various styles. Templates also have one or more photo that you can change by your own photo, from gallery or directly from the camera. The photo will be modified by the app to be more incrusted in the movie poster.

It’s not the end! Another exciting option is, you can add fake awards to your movie posters like "Cannes Best Movie 2015" with the award laurels.
When the poster is ready, it looks like original movie posters. No doubt about it!
And to add some excitement, you will be able to put your poster in real place ! Like a bus stop, in the street, etc.

Now it’s time to express your creativity with posters making. You can share it with your friends or save it in your photo gallery. Every saved poster is kept in the phone and you can view it when you want. Of course you can also delete it.

This is crazy, this is clearly FUN! Movie Poster size or dimensions will be 600x900 px.
Don’t be late! Download this SUPERB MOVIE POSTER MAKER or generator and explore your world! Get this vintage posters maker right now!

I believe you are clever enough to get this and being a Poster designer! Let’s use this movie poster db.

I love movies and movie posters

I love making movies with my sister and friends. So I thought this would step up my game, so I downloaded it. When I looked at the pictures for the app I thought the cats were just for an example of a movie, but when I opened the app and tried to make a poster THE ONLY OPTION WAS CATS! ? I am not a cat person and I only gave this one star because of the function.

It’s so fun to come up with movie posters

I had this app a long time ago and got rid of it. So I thought I try it again. When I downloaded the app I was working in the free area with 50,000 ads that pop up and you can never find how to exit from them, because even that part they make harder for you. I like the idea of this app but but very few posters on there less then 10 so your stuck making the Same poster over and over. There should be 1 new poster every week or 3 new ones every month. I also don’t like that you can’t change fonts or color or start a new one from scratch. So The app was working fine with all the ads never crashed. Then to get access to what I needed it, I bought the app for $2.99 and now it crashes 15 to 20 times a day. I was going to give this app a 2 star rating but now I’ll give it a 1 star because making an app or selling an app is what these people want once they sell you the app it’s over. I might just go to Apple and get my money back from this app my VIP treatment wasn’t so great.

It lets me make my own movie poster.

Although, I have some issues like crashing, this app is actually marvelous and great. I’ve had it for a few months now and it’s working very fine. Occasionally, it will crash but it is not a repetitive thing and it mostly always works. I’ve created some really amazing and cool movie posters that a lot of people have liked! Thanks for this app!✨✌️❤️?

This is so addicting
Kaprosuchus

This is the best App I bought just the VIP is kinda ruining it but idc it’s epic and great???

Got the VIP
Rudy Heranandez jr