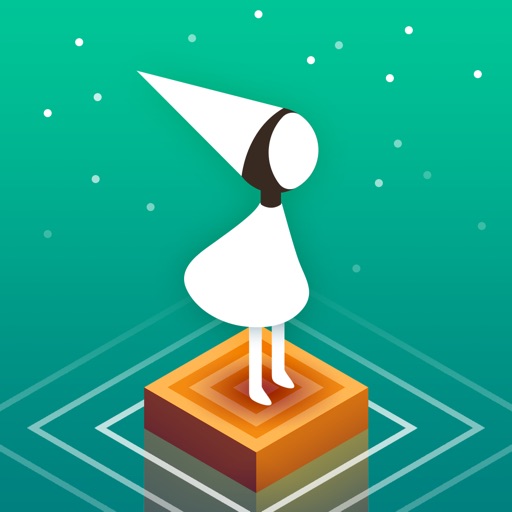 So I played this game when I was a lot younger, and I loved it. A few days ago, I found this game and it brought me so much nostalgia. I can’t believe how much it changed from last time. I really love this game, and a lot of other people do, too ! Don’t give up despite whatever people say ! Have a nice day, to anyone who is reading this ! ? And hopefully you liked this review !

This game is amazing!

I love the game, the story line, the graphics, the sound this is perfect well done keep it up please.

Cool game but I played it in less than two days; probably won’t get the sequel

I was charged $4.23 when it should have been three dollars plus tax. So far I like the game and it is very challenging.

Why no monument valley 3

Far too simple to be a puzzle game

This is not a puzzle game. It’s a tedious effort of trial and error that provokes about as much thought as opening a can of beans. The designers saw a few MC Escher pieces and copied them into a tap and go interface. If you want to be impressed, just google the artist they are imitating and see what real creativity looks like.

Get ready for a mind-stumping game that you will play over and over again! It is completely worth the money, for you will play it over and over again, relearn quotes said by spirits that are useful in everyday-life, and illusions that you’ll wonder how they came up with. The first game is about a lost soul who has somehow transformed into a human, yet a princess as she always was. She is on a journey to become her true self again. On her adventure she will meet spirits with questions, annoying crows, and mind-numbing illusions! There is also a second game out. I won’t spoil that one, so good luck! The first story’s puzzles are hard. Your average grownup will have trouble solving these! Now, go ahead. Buy the game and have a fun time listening to calming, happy or sad music that will leave you as delighted as you could’ve ever been! Trust me, this is great, having played again and again and have still had the pleasure. Now, I’m really sorry for the review that has.. I don’t know how long words and download the game! Experience the most wonderful game that you’ll have ever seen! Ida is waiting for you, the lost soul of a princess! Go!

So I love this but I don’t. It is so addicting but not worth actually paying for it as much as it cost.

I purchased this game and it’s sequel forever ago. I can’t help but feel I’ve been ripped off due to the fact I can play it in Arcade which I also have paid for. The one in arcade should be way different. What makes you think people want to pay twice for the same thing. If it hadn’t been so long ago I’d dispute the purchase with my credit card company. If you’re going to be greedy I’m going to be petty.