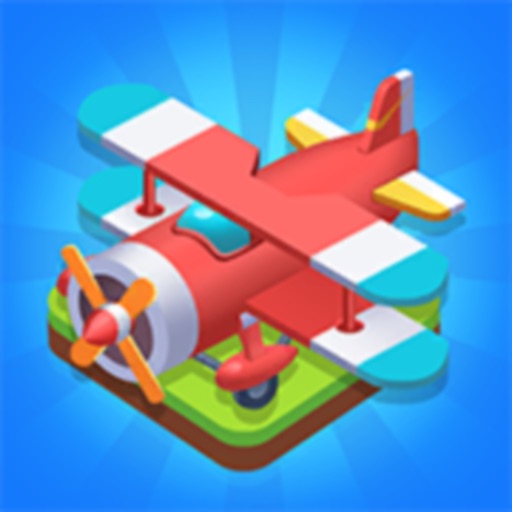 Come to play #1 addictive game on your phone! To build your own fleet, choose the smartest strategy! 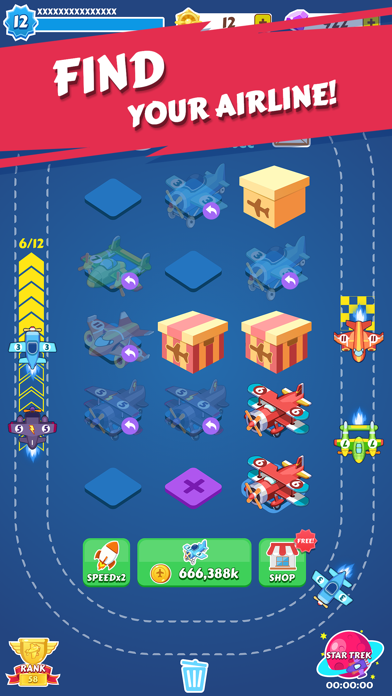 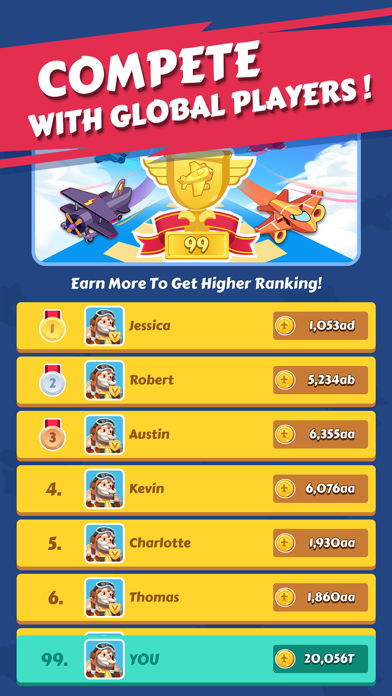 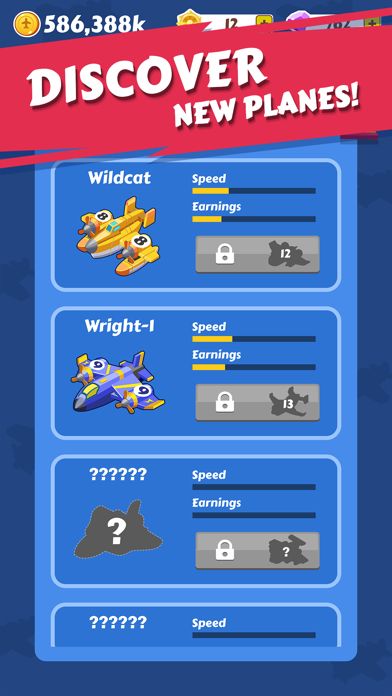 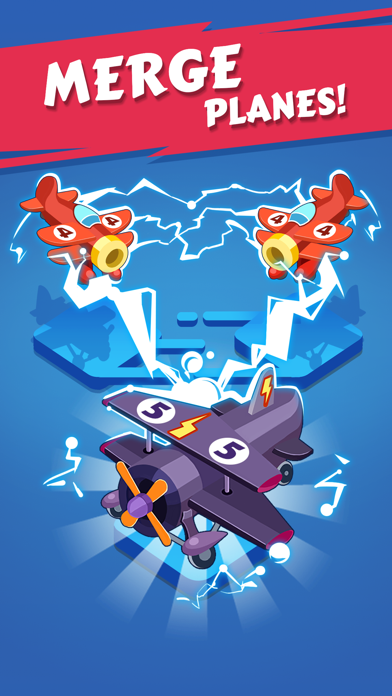 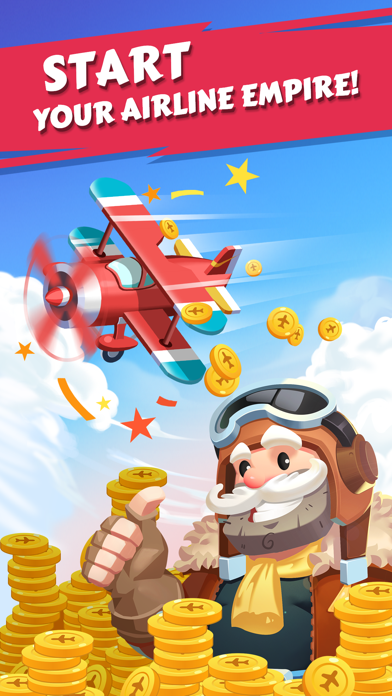 •Merge plane to upgrade and fly to earn money.

•Variety of planes. There are more than 20 kinds of planes in the game. And some rare planes are waiting for you to collect.

•Idle system. Your planes fly automatically. You can get money even when you are offline.

Make your plane team become the biggest one in the world!

Subscription Notice:
• Payment will be charged to iTunes Account at confirmation of purchase
• Subscription automatically renews unless auto-renew is turned off at least 24-hours before the end of the current period
• Account will be charged for renewal within 24-hours prior to the end of the current period, and identify the cost of the renewal
• Subscriptions may be managed by the user and auto-renewal may be turned off by going to the user's Account Settings after purchase
• Any unused portion of a free trial period, if offered, will be forfeited when the user purchases a subscription to that publication, where applicable

Other things you need to know:

This game is fun, and my highest plane currently is level 17 and I tried to buy a level 13 that was on sale (buy one get one) and I watched the vid and didn’t give me the plane and also made the plane more expensive!! Still this game is still OK.

This is bad
ooooookkkkkk boomer

When I downloaded this game because of the ad,I thought it was going to be fun. Then I played, it seemed okay. When the guide told me to use my gems, I did.But only when it told me to X out, i did and it worked.eeeeeeeehhhhhh, when it brought me to a fee on my screen, I tried to X out. Nothing happened. I had no patience and started tapping A LOT harder(my phone has a weird plastic thing that I connected to my case+ a screen cover). It could have been necessary. I’m conclusion, it is still boring and bad in general. Please fix this. NO HATE

Not a hater, just not recommended..
~Wolfie~ Hello!

Most people that rate 5,4,3 stars say its good. That means they payed. “What do you mean hater?” You might ask. The game is not free. Pay 5 dollars when your in the game, then pay for boost ups and power ups!! Then a membership! ( optional ) It’s a scam. Then when they show ads ( which in the game they say they won’t ) you can’t get out of them!! Then you have to power off your phone/ electronic device . My daughter tried this and I found out it’s not free. It’s not recommend to anyone who just wants a peaceful merging game, don’t you think?

When I first got this app I thought it was lame but I was TOTALLY wrong! When I started to play more I became addicted to this. I had it on my last phone and this is the first thing I downloaded on my new phone because I knew it would be worth it!! I was just astonished of how good this game is! I wish I didn’t avoid it for the past 5 months. If your struggling to keep your temper down a lot then this will be the best game by far! And also if your just really bored this is also the best game on earth. It is so addicting. If you want a really good game then this will be good! And it also does not have too many ads. So if your looking for the perfect game that’s just right then this game should be your first choice !

You would think that this sort of game would be super boring but it’s actually freakishly addicting. You feel like there’s always more planes coming so you can never turn it off. It doesn’t have to many ads and it’s one of my favorite games.

So fun (no bugs not that much adds)
weeth hb

So,I LOVE this game until recently.... I was really good at the game but I had bought all the planes from 15 to 2 but,I had all of the parking spaces with a plane in so I couldn’t merge any planes since I had NO planes that were the same number, you may be thinking: but you could’ve just bought premium!!! Well, I tried to ask permission from my parents but they said they couldn’t pay for it. I really think the developers should’ve thought this one through. I’m on the edge of deleting this game, but I LOVE IT please take this into consideration because I am literally stuck. Download this game but be CAREFUL what planes you buy with the coins. Merging is important in this game!

Best game I’ve had in a while
Shiraland

Was fun but has deleted my account twice
Ashtarrre

The game won’t open and forces you to start all over again. Not worth bro.