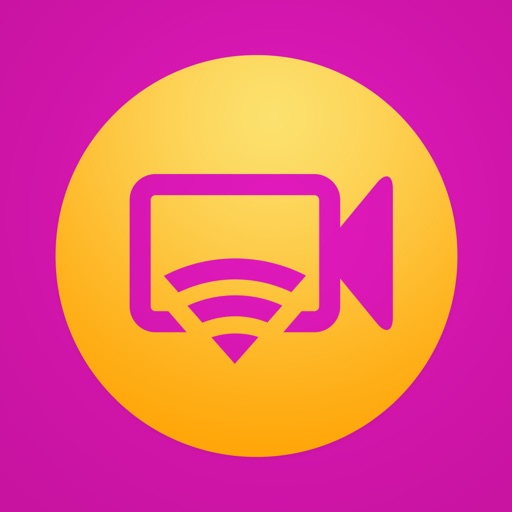 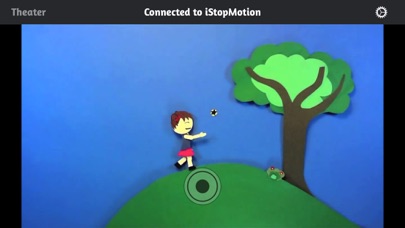 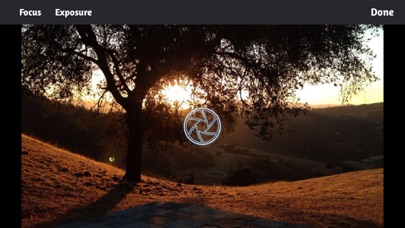 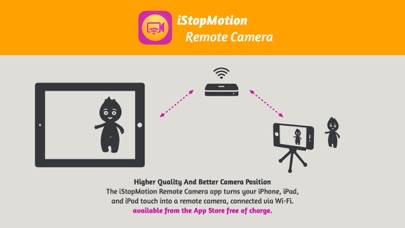 - If you have iStopMotion for iPad or iStopMotion 3 for the Mac, you can use your iPhone, iPod touch or iPad as a remote camera connected via Wi-Fi.

NOTE: iStopMotion for iPad or iStopMotion 3 for the Mac - available as a separate purchase -
is required for this app to create stop motion or time lapse movies.

WHAT IS A REMOTE CAMERA?

iStopMotion 3 is a stop motion and time lapse app for the Mac.
For more information on iStopMotion 3 see http://boinx.com/istopmotion/mac/

For more information about how to set up the iStopMotion Remote Camera refer to the help menu.

It says to have a conmection when you already have one!!!!!!

Produces high-quality videos when it decides to work. If I'm doing a 5-hour project, it takes 8+ hours because of all the times I'm filming and it disconnects after 500 shots and I have to redo the whole scene. Its annoying. Please fix the connection problems.

Won't load
Can't get stop going on it

It doesn't load for me

Played with the Mac based one at Lawrence Berkley Hall of Science with the kids and had a done of fun. Bought this one for the iPad and am using my iPhone has the camera. It's working great. Next will let the kids give it a go and post an update.

Usually when I see people's reviews that the app doesn't open, it opens for me. But not this time, it doesn't open!!! Waste of time. And I think the movies in the theater aren't even made in the app I stop motion. Not even worthy of a star. This was stupid

Does not work with iOS 7
artist25

Simply crashes when attempting to wirelessly connect to the desktop.

I’ve been playing around with this for a few days, and really enjoying it. It’s a lot of fun! It’s hard to review just the Remote Camera app, but here goes: it’s simple to use, has a clear interface that works well even when the camera is being held in a strange position, such as in a clamp to get a proper view of the scene. (I do highly recommend a clamp or some other mount, by the way.) Minimizing tapping is important, to avoid jarring the camera while taking a shot, and I think they manage that well. My one complaint is that it uses Bonjour for discovery, without documenting that fact. My WiFi router doesn’t support Bonjour, which led to a great deal of hair-pulling. Bluetooth or manual IP address entry would solve this easily. Right now, the workaround is to create an ad-hoc network with my Mac laptop, which works reasonably well but is a little bit of a pain.