There has never been a better time to get into Infinity Blade III, ChAIR's blockbuster mobile action game! 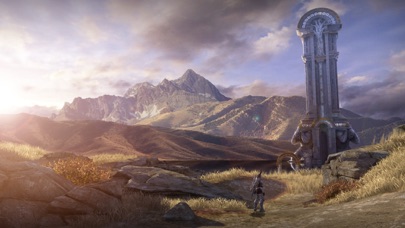 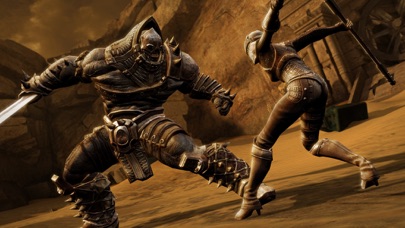 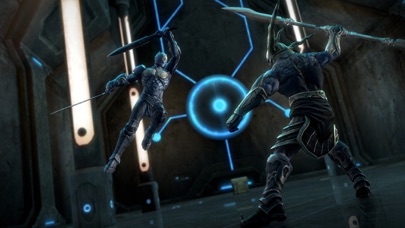 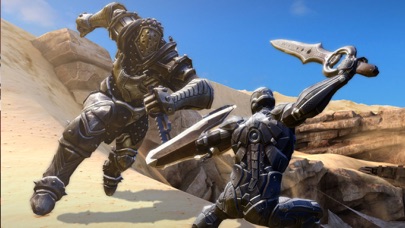 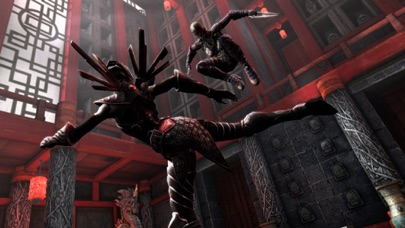 What the press is saying about Infinity Blade III:

Siris and Isa have joined with the God-King Raidriar in a desperate attempt to destroy the Worker of Secrets and his army of Deathless titans. Uncover new mysteries to wield the power of the Infinity Blade in this timeless adventure of champions and villains.

RESPONSIVE AND INTUITIVE TOUCH CONTROLS
Attack, dodge, block, and cast devastating spells - all with the simple swipe of a finger.

SIMPLE NAVIGATION   Easy to use, tap-to-move controls enable players to effortlessly navigate and explore while searching for collectable items such as treasure, swords, shields, armor and other magical rewards.

TWO PLAYABLE CHARACTERS
Battle all-new enemies as both the legendary hero Siris, and the stealthy female warrior-thief, Isa, each with three unique combat styles and hundreds of fantastic weapons and items.

THE HIDEOUT
Discover and unlock allies to join your cause at your all-new base of operations. Here, you’ll encounter the Gemcutter, Potionmaster, Blacksmith, and Merchant, who will help you unlock incredible new strength and skills.

NEW ACHIEVEMENTS
All-new Goals feature takes achievements to the next level, allowing players to earn valuable Chips that they can spend on keys, treasure maps, prize wheels, and other rare in-game items.

NOTES:
- IMPORTANT: It is strongly recommended users update to iOS 7 before purchasing or updating Infinity Blade III.
- PARENTS: you can turn off In-App purchasing in the iOS settings.

I wish they’d continue the series!

My gosh. I don’t know where to start , I just want to say CHAIR IS SO AWESOME this game is very POPULAR and I’m not suprised😀 it’s graphics are GENIUS🤓 it’s by far better than every fantasy game I have played 😃 CHAIR keep up the good work 😘

I really like this game. It’s a lot of fun. But I recently switched to a new device and no longer have my old profile. I logged in on google+ but it just says it can’t be found. Guess it’s time to start over

If you like a game where its artificial difficulty run rampant, this is the game for you. I’ve played about a week and a half on this game and have gotten some of the highest tier gear in the game through lots of grinding. The first play through is fun and is identical to the way it was on the first game. However as you beat the game over a few times it gets to the point where your health and damage are so minuscule that as a level 42 on new game 3 I die in roughly 4 hits. The higher level titans also have gradual damage inflicting attacks that stack damage which WILL drain all your health in seconds with no way to actually defend against it. The attacks are so quick that if you’re hit even once, you will be stunlocked to death after you get hit 3 or more times in succession without a chance to dodge, block or parry the oncoming attacks. The only weapons capable of killing titans at a somewhat fair DPS are the 2 handed weapons which will leave you to only parry or block attacks. Blocking is absolutely useless unless you miraculously find that sweet spot for a perfect block in order to negate all damage through the shield which 99% of the titans will have, past new game 1. Not to mention the completely unparryable advanced attacks from the first game, using a weapon that strips your mobility and leaves you as a still standing punching bag with no chance of actually avoiding any damage taken. To add to the mix of broken designing, the attacks are near unreadable unless you memorize the attack patterns of each titan model. The game has potential but as of right now it’s a broken heap of disappointment and enraging fights.

This game is great, and i have loved this series since I was first introduced to the first infinity blade game. I love that you can play this one without playing the other 2 and still get the story, because of the cinematic cutscene that plays when you start the app for the first time after downloading it. The only thing I would have done differently in making a game, is making the story longer.

I’ve always been a fan for 4 years, I live the strategy and the new combos

The game is fantastic!!!! It has great graphics and quite realistic. Fun even for older people. The customer service is outstanding. I had a glitch and the took care of me by replacing twice what I lost. Couldn’t have asked for better. Thanks.