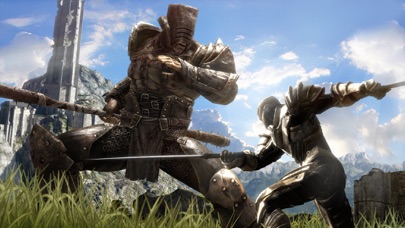 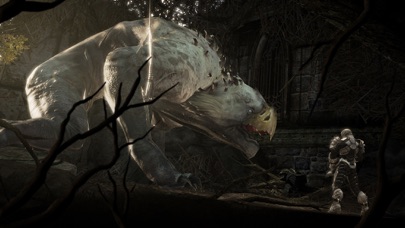 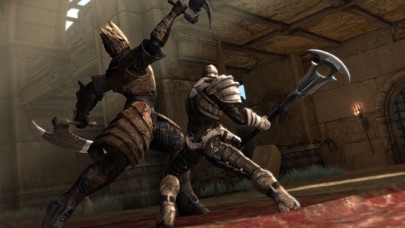 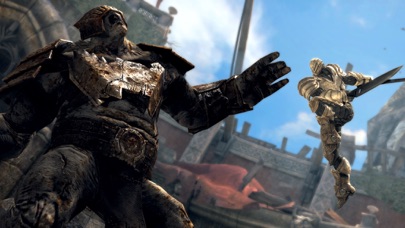 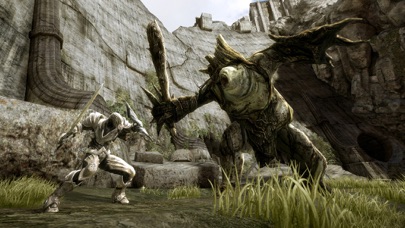 IGN - "Infinity Blade 2 is a must own"
Touch Arcade - "An iOS Masterpiece"
INTO MOBILE - "The King of iOS Gaming Continues its Reign."
IGN - "The Perfect Sequel"
USA TODAY - "A masterful mobile epic!"

The God King has been defeated, an unlikely hero has emerged and now you must discover the truth behind the secrets of the Infinity Blade. The continuing journey of young Siris unfolds as you delve deeper into the world of the Deathless tyrants and their legion of Titans. Can you unlock all the mysteries and successfully wield the power of the Infinity Blade in this timeless swordplay adventure of champions and villains?

A Robust & Dynamic 3D World:
Explore beautiful and immersive environments that dynamically change over time during your travels and venture to exotic locations such as the Asian themed Saydhi’s Estate or the medieval inspired Vault of Tears featuring multiple paths to explore.

Featuring 3 All-New Styles of Combat:
Now you can choose from multiple classes of weapons, armor and spells, each with specialized capabilities such as Dual Wielding, Two-Handed and the standard Weapon & Shield class. Learn each discipline by using Infinity Blade II’s intuitive pick-up and play game play style that is easy to use, yet difficult to master!

Massively Social Global Challenges:
Jump into ClashMob, an innovative new gaming experience that allows you to earn rewards by participating in massively social, asynchronous global challenges. Post your progress to Facebook and Twitter feeds and recruit friends to your own “Mob” to earn special perks, unlock new achievements, and gain rewards! Note: The ClashMob feature is free and optional and will require you to log-in via your Facebook account.

The Secrets of Your Past Revealed:
Delve deeper into the fantastical story of Infinity Blade as your journey leads you to the realm of the mysterious Deathless Saydhi and discover the truth about the Worker of Secrets and the powers he holds.

Notes:
- If you are experiencing technical issues with the App, please visit the Infinity Blade II support page at: http://infinitybladegame.com/faq
- It is highly recommended that you upgrade your device to the latest iOS version.
- Parents: you can turn off In-App purchasing in the iOS settings.
- The ClashMob social networking feature is free and optional, and will require you to log-in via your Facebook account.

Perfect, except for the popups
HMS_MIKESTRIKE

Love this game, just wish they wouldn’t pester for reviews or constantly throw intrusive promos for Mob events or expansions that must be several years old by now

Not sure where the previous rating came from before I erased it, surely wasn’t me. Looks like fraud to me, just sayin’. I’ve been playing Infinity Blade for some time now and at rebirth 100 and something and $17 million in game money accrued I’ve noticed a few things but one issue in particular. The enemy characters fight like little girls in a fight, kicking and slapping and scratching. Most disappointing and embarrassing really and detracts from their tough visage. Also your direction buttons randomly just fail, a glitch I wish they’d fix.

great! but there are some problems
the half demon laser hater

While I found the original a little confusing, this one makes a lot more sense. I am not very far yet, but it seems like this one also has a lot bigger storyline. It is worth the full price, but I would recommend waiting until it is on sale for $1. They seem to put it on sale pretty frequently. I'm surprised that this is from the same company that made Fortnite, as they are such vastly different games, but they are both great games. I will have to check out the books for more information on the storyline, too.

Infinity Blade is still the series it’s always been. That being said, the game looks like minecraft on my IPhone 8. It looks fine on my old SE as well as my cousin’s iPhone 7; but it looks like it has no anti-aliasing on the IPhone 8. Would be nice to play the game in it’s full glory

I am just in awe with this game! The first one was great but this one takes it to a whole new level! There are way more paths to pick and tons more gold and treasure to find through out! There is a book you can download and i'm getting ready to get that so i can read whats really going on here! Fascinating and thrilling game! No wonder its Epic!

Game is still good and fun, but graphics look awful on my 8+. Hope there is a fix to it coming.