Winner of the 2011 Apple Design Award, and more than 20 “Game of the Year” & “Top App” awards! Tons of NEW FREE CONTENT available now! See below for more details. 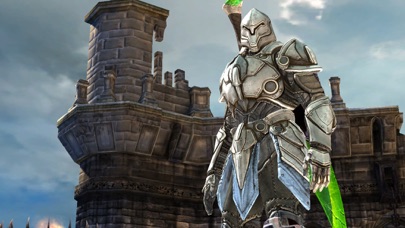 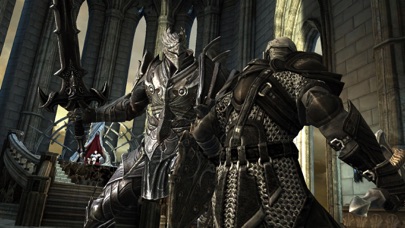 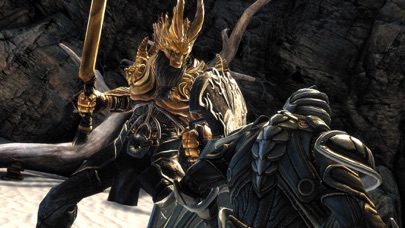 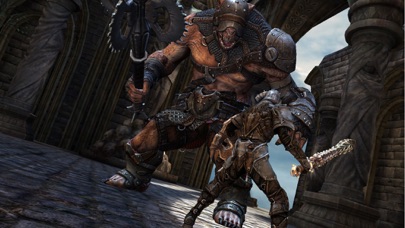 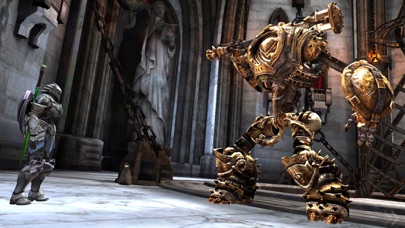 Here’s what the press has to say about Infinity Blade:

**JOYSTIQ: 5 out of 5 - "In terms of recreating a console-level experience on the iPhone, you simply will not do better than Infinity Blade"
**GAMEPRO: 5 out of 5 - "The next generation of handheld gaming is here"
**SLIDE TO PLAY: 4 out of 4 - "Any serious iOS gamer should grab this one up"
**ENGADGET: 9 out of 10 - "Utterly delicious to look at"
**IGN: 9 out of 10 - "Infinity Blade is easily one of the most defining iPhone games of 2010"
**TOUCHARCADE: "It doesn't get much more 'must have' than this"
**GIZMODO: "An iOS game like you've never seen before"

For untold ages, the God King has ruled with an iron fist - his power is incalculable; his followers, legion. Now you must journey to the Dark Citadel to battle his Titans, one by one, until you face the tyrant himself. As it has been for all in your bloodline, this is your birthright - to free your people from an endless legacy of darkness. The immortal can be vanquished - but only if heart, mind, and steel are one.

Spectacular 3D characters and environments powered by the award-winning Unreal Engine 3 bring to life the story of a lone knight’s pursuit to save civilization.

Attack, dodge, block, and cast devastating spells - all with the simple swipe of a finger.

Easy to use, tap-to-move controls enable players to effortlessly navigate and explore the castle realm while searching for collectable items such as treasure, swords, shields, armor and other magical objects.

Dozens of Swords, Shields, Helmets, Armor, and Magic Rings to acquire and master - leveling up your character and increasing Attack, Health, Shield and Magic skills.

Achievements and Leaderboards, challenge your friends to multiplayer matches online via Game Center!

One of the best mobile games ever created.

I’m really hoping that giving this review will get them to stop sending notifications requesting reviews. This game is 8 years old. Why do they still need to promote so hard?

Graphics are really good. It's easy to learn.

I love the negative life

This game is a consul game on the phone....just keep playing all of them

Infinity Blade (2011) is arguably the first mobile game that can be said to be crafted with the same care and polish that would a console game. Without a doubt, it revolutionized the mobile gaming industry. It stunned players with its visuals, production value, and responsive gameplay that were originally thought to be incompatible with a mobile phone’s operating system. At first glance, the game appears to be a simple hack and slash title; however, there is much more to the combat-based title than meets the eye. Infinity blade’s well crafted narrative sets the scene well for its dueling warriors as players unfold the cryptic mystery of the infinity blade through an excellent player-based progression system in its infinitely looped gameplay. Infinity blade excellently encapsulates the idea of “easy to learn, but hard to master.” You can engage with infinity blade’s fun and well designed swordplay with just your index finger; but don’t fooled: your enemies will put up a good fight and become progressively stronger as you complete more and more of the games repeating “bloodlines.” Leveling up and mastering multiple swords, armor, magic rings, and shields are all par for the course in this title. The addictive nature of this game must be played to be understood. Infinity blade definitely has the “just one more game” effect that will keep you playing for more than you probably should be - a testament to Epic Games and Chair’s excellent design work. To this day, the Infinity Blade series arguably remains one of the few large-scale mobile titles that veers away from intrusive pay to win mechanics. While the option to purchase the games currency (gold) with real world money is available, there is literally no need to pay to progress whatsoever in this title (an opinion from a guy who plays this game too much). With free DLC and IOS support for new devices almost a decade later, the Infinity Blade team listens and takes great care of its community. Despite being one of the few gaming apps that does not operate under the freemium monetization model, all games in the infinity blade series are undoubtedly worth their very low entry price in this humble man’s opinion. Stop reading this review and go uncover the mystery behind the deathless and the infinity blade!

Fun but Grindy
Valentino A