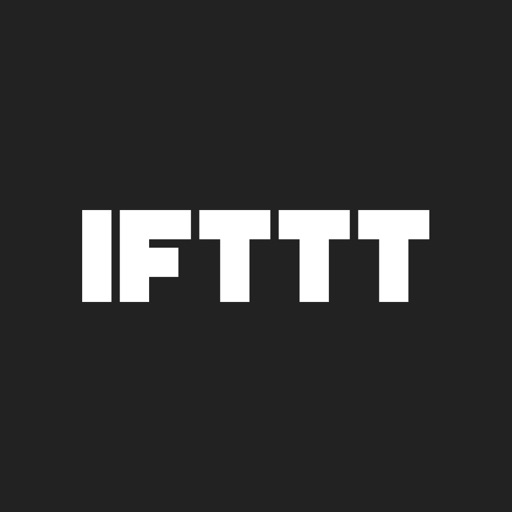 The app is very good. My problem is that the app lacks connectivity. You can’t control a large amount devices

No eBay? No thanks

The best part of this app has been removed.

Having issues with the triggers randomly lights come on all by themselves.

Ifttt is great in general, but app has weird bugs. E.g. On the widgets screen while reordering the list, items get randomly swapped with each other. It makes it impossible to actually get the list in the order you want it to be in

I really enjoyed this app previously. However it is not functioning at all for me now.

Reset password never sends a link to my email???

IFTTT USED TO BE GOOD

I had used IFTTT for a while until they FORCED me to upgrade to the Pro plan. This is extortion and will not be tolerated. If you want to use it YOU MUST PAY for the PRO PLAN. The interface has become a joke and harder to use or setup a widget. If you have a Philips Hue, Lifx or Amazon Alexa devices, their apps will let you setup routines doing the same as IFTTT. I have moved to using these apps mostly Alexa to trigger an action. Do I recommend IFTTT, NO WAY as long as they force you to pay for the Pro Plan. Even having an ad supported plan would be better than paying for the Pro Plan. Take the time to look at the apps you already have and set up routines there. You’ll be glad you did and saved some money too.

I want to delete my Account, but it won’t let me

I want to delete my account for IFTT because I don’t really see myself using it a lot, but I haven’t used it in months and in order to delete your account, you have to put I your password. But the thing is, I don’t remember my password. I’ve looked up how to change you’re password of IFTT and the actual IFTT Help Center takes you to a link to change you’re password, but it takes me to the app and it says “oh you can’t open this link, update to the latest version of IFTT” and I am updated to the latest version of IFTT.

Used to be great

IFTTT used to be great. Then they got greedy. Looking for alternative. Can’t even use a simple 2 step workflow: Wyze plug on + push button.