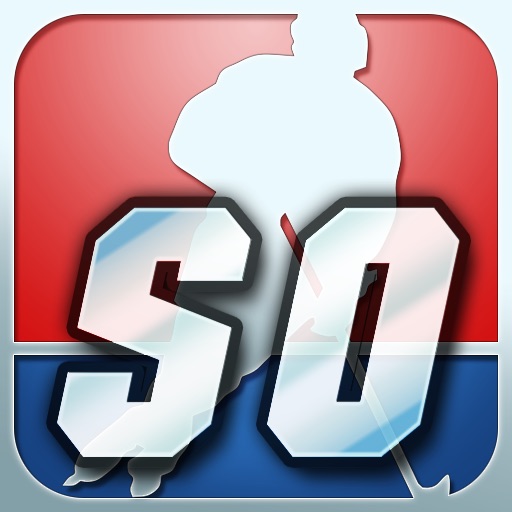 Feed your hockey addiction with some FREE shootout action from the Hockey Nations team!

Can you keep your nerve and score all your shots to win that gold medal? Features 14 national teams and two game modes.

You control the action with the virtual direction pad that offers full 360 degree control as well as the 2 action buttons on the right-hand side of the screen.


For more news on hockey and the game, come and talk to us:
Twitter.com/HockeyNations
Facebook: facebook.com/hockeynations

Promotions running weekly so come and join the fun!

It's a pretty good hockey game. It would be better if the goalie controls were different and if you could aim your shot.

it's fun!! are there any other ice hockey games out or coming out soon??

i was so surprised and happy when i saw it was free. it is a great game and me and my dad love it.

This game looked very good at first. The shooting is amazing, but the goalie is horrible. I think that the goalie should be moved around like the skater and you can dive around to save the shot. It is too confusing with the goalie because you click where the puck is being shot and it will go the other direction. There should also be online and two player version. With these updates, this could become the best hockey game in the world!

Hard to argue with free. This game is easy to master but still manages to be fun as there are different challenges to overcome.

Wrap around the goalie from the left and come out on the right. Skate to the edge and fire....it's the classic NHL 94 trick for the sega genesis

This is a SPORTS game! Why on earth are there NO STATS? At least provide: - games played - shots made - shots missed - shot made% - shot missed% - total time played A sports game with no stats.... WOW.