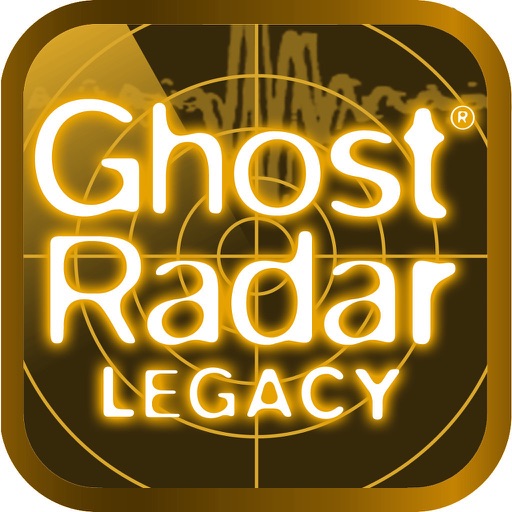 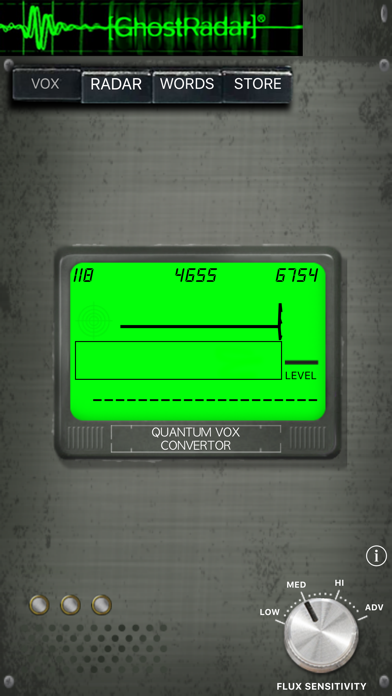 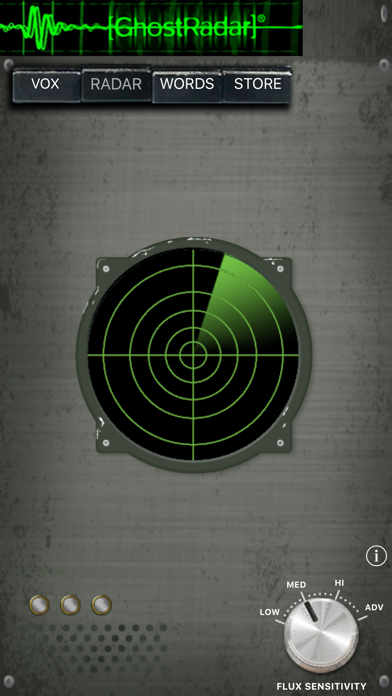 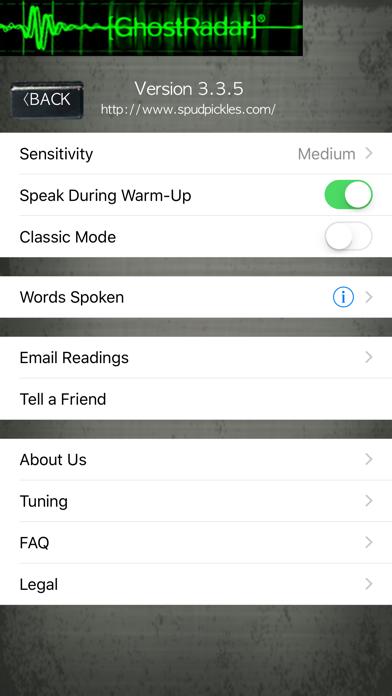 Please note we offer no guarantees of accuracy or any warranties, therefore, since results from this application cannot be verified scientifically the app should be used for entertainment purposes.

I hate giving this 2 stars. I originally downloaded this app a long time ago; got Legacy so no ads. It recorded words from every session with no problem. Accidentally deleted it so downloaded again. Now I have ads and only the first session of words was saved. Now no words whatsoever are saved. My dad just passed and his name came through last night but there is no proof because the words don’t save anymore. Can a developer help me out?

So I was using the app and I came across the word teacher and in my mind I thought that the woman that lived in the same house I live in now was a teacher so I asked my mom and she said she was I got so scared so use caution if you use this app it is real. PLEASE

You can speak with gost, don’t be scared when they start talking to you they feed off of fear and anger be calm

Opened this app near the Marshall High-school track and 5 words came up ‘race, Golden, title, Frank, Japanese’. This scared me a little, because clearly race is about the track, golden then title are about winning races, and Frank and Japanese must be a past student who won that title.

I highly think this is fake..... or I hope this is..But when I was at my moms house I wanted to get this app so I did. When I opened the app so many dot popped up. And I got super freaked out and I told my mom but she told me it was fake. But I can’t remember but I think it was like a couple nights after that or that same night,I had a dream where my house was very haunted and it’s haunted because there was a jail underneath my house so all the people who live there would come to my house and hunt us and do bad things sooooooooo idk

I lost my daughter in March, suddenly. I wasn’t sure what all the words meant at first, but after a solid month I caught on to the words they come like riddles. All very meaningful and spot on. I began reading up on how spirt connects. She proved to me it was her telling me to watch for certain things and sure enough they came. For example a feather, dime,wheathead penny (I collect them) she told me what happened to her and how it happened - all confirmed by coroners office. She told me what I was making in her memory and the colors. She told me many more things too many to mention. She told me what I added to her casket! I was so sad she called in my mother who passed away over 30 years ago to help comfort me. If your not able to handle these encounters with your loved ones than don’t do it, but I find it comforting.

NEVER get this app!!!
RIP our friend

We were sitting in our living room when we got bored. We decided to download this app. We then went out that night because we wanted to go ghost hunting and try this app. We brought along our dogs just in case something happened. We were walking around talking to ghosts in some creepy building with this app open. Our dogs then started barking at nothing. We took this as a sign that a ghost was there so we started asking questions. It seemed friendly enough while it was answering our questions. We then asked why it was here and it started to repeat the word murder. We were very confused and asked if it was murdered and it said no. We were all confused and tried to start asking other questions again when we heard something across the room. One of us went over toward the noise and then the app said run. We yelled for our friend to come back but she said it was fine, that’s when she fell but it looked like something had pushed her. We all started running and didn’t look back until we got into the car with the dogs. We realized that she wasn’t in the car with us but we started driving anyway. The next day we called and texted her but she never answered. We then asked her parents where she is but they said that they thought she was with us. We haven’t seen our friend since and she’s been missing for almost two months now and we have no idea what happened to her that night and we never told anyone either.

When I first downloaded this app I thought it was fake. However last night it said a lot of things that pertained to current things my husband and I were doing and looking at and it couldn’t have been all coincidences...needless to say my husband got so creeped out that he asked me to delete the app!!!

So my brother and I got this app as a 3 am challenge. I loaded up the app at about 8 pm to try it out. There was and add but after the add what the ghost said sent chills running down my spine. It said David. The name of my little brother who was a couple feet away from me and my brother!😱😱😱😨😱😨😨😱