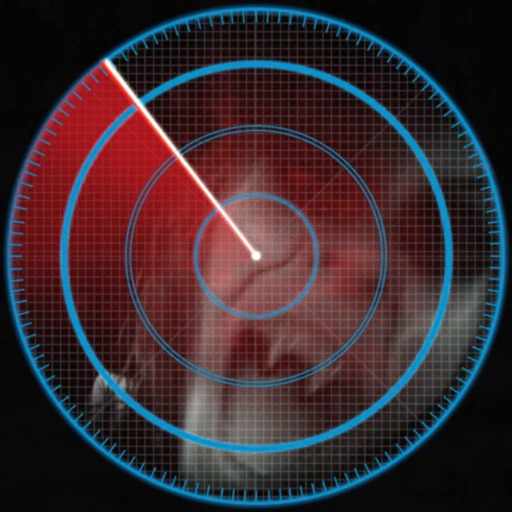 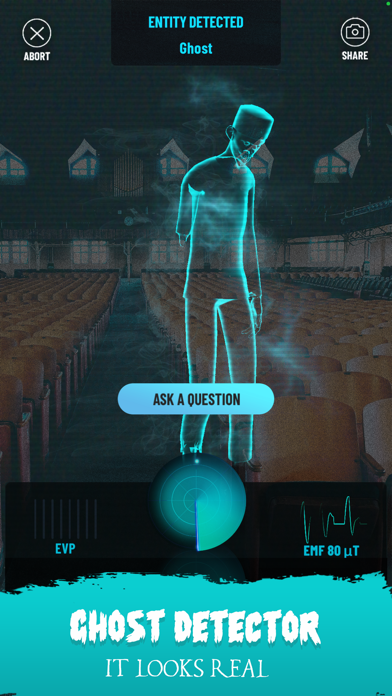 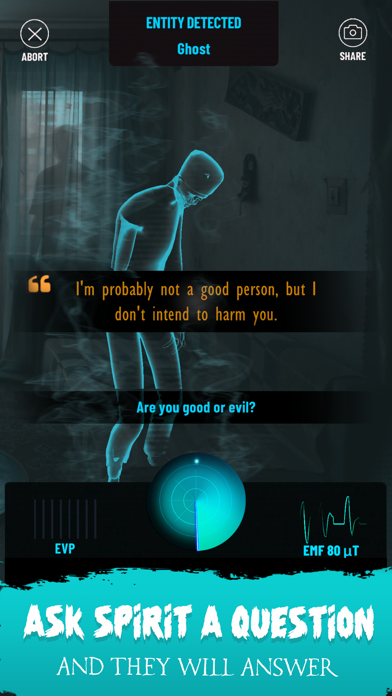 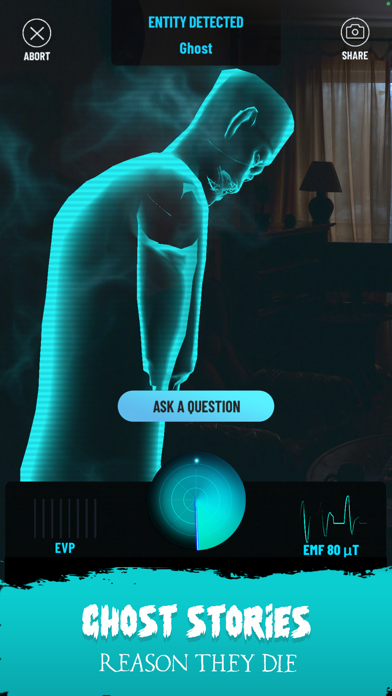 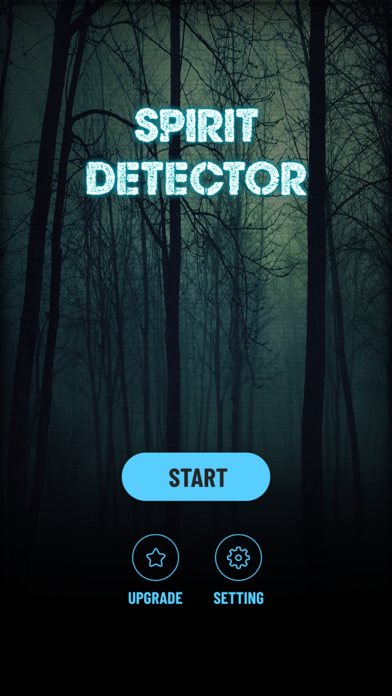 Introductions
1) Start the app
2) Walk anywhere and find the ghost. When the app detect a ghost, move your smartphone slowly until you see it between the lines on the radar
3) Type your question and wait for the spirit to answer!

To get the best experience, use the app when it's dark!

Disclaimer: we can't guarantee that the app communicates with real spirits. Application intended for entertainment purposes only. App does not actually provide ghost detection functionality.

This app is beyond fake. Wake up. If the cam eye is suppose to be the access of viewing, the hold finger on lense during detection and notice it still shows the “ghost” floating. If the cam was actually showing a ghost, then by blocking its view point, it would block out any visual. Dumb and fake.

Totally fake at first but then...
CATM Lady

When I first got this app I was very disappointed that it was fake. But today I played it, I asked “what is your name” it said “ my name is Yui Hatano lol” (I’ve gotten before.) then I asked how they died. Yui said he fell from a tree (again gotten before) I asked what he needed and he said food. So as I’m going to my pantry to get food my stomach and head start to hurt really bad. I said stop hurting me it said no. I got nervous but convinced myself it was fake. After I closed the app I slowly felt better, then I deleted the app. Never try it’s completely false and fake. True story I swear on my life.

It says right in the description above it does not have ghost detection ability!! Why are people writing reviews based on for entertainment purposes only?? That means it’s made up answers and everyone sees the same fake ghosts and hears the pre set answers! Lol read before assuming guys

Totally fake! I get the same name as other people, funny that ghost gets around. Put your hand over your camera, if the ghost is still on your screen, it’s not a real ghost! Come on people!

I can’t see the ghosts...😢
DonaldRumpLol😂

Every time I go into the app, I see a wall of yellow and it is so annoying. If this app could actually prove that there were ghosts, I would rate it 5 stars but unfortunately that’s not what I’m seeing right now

Every question I ask there always has to be a ad after another, it’s irritating!

I went on to the game for a while, I was with my friend playing the game, thank god I was not alone, she is still with me reading as I write this, but make sure you say goodbye because I did not say goodbye.... I turned off my phone to watch some things with her, I started to feel light headed after I stopped watching it, I just thought it was probably from just looking at the screen for too long, but then I just went back on to my phone and I went back on to the app the person was right next to me, it said “I see you (my name)” I got scared and said bye.... but the ghost told me to not go we weren’t having fun.... I heard noises from outside of the door, I asked my friend did you hear that, she said it was probably nothing, but I thought it was something else, it’s only four pm right now, but almost five, idk what Is going to happen at night....

It said it wants blood..
hdbebuxb

Me and my friend wanted to do something creepy so we got this app and the ghost said that is was hungry for blood and I quickly said bye.

Very boring I asked it three different questions in a row and it kept repeating, “You don’t need to know my name.” Boring

I got the app on my iPhone so I could play this I looked up nothing else was up there then I looked to my side I saw a little bit of thread i looked up a nun was just right in front of me it said:I need blood omg I was so scared I lost my air I needed water I dropped my iPhone on the couch last weekend it’s eyes are sticking out of its head I turn my iPhone off I turned it on again so I played a different game so it took fear away from me anyhoo it’s scarier than my other ghost trackers on another app