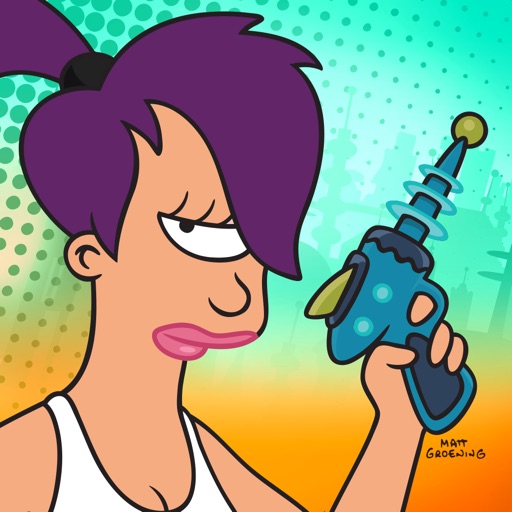 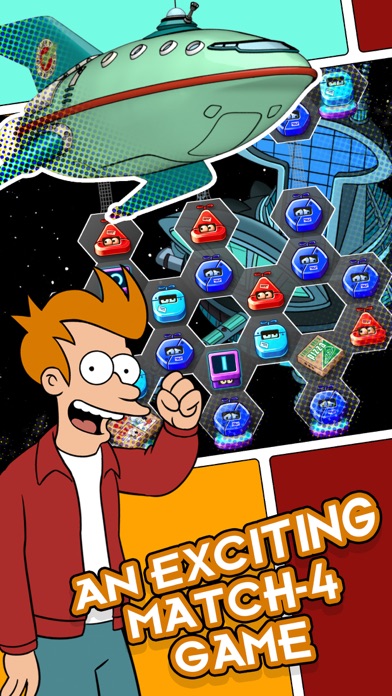 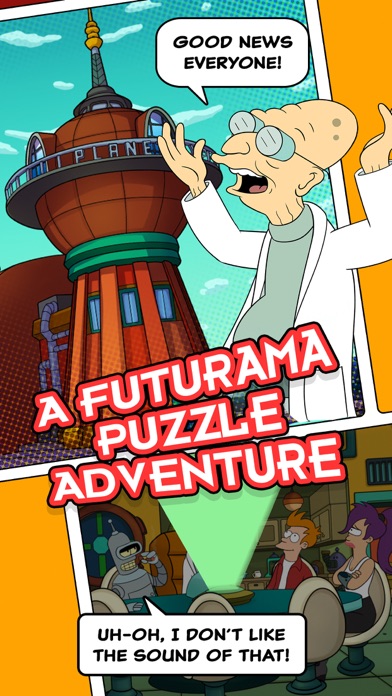 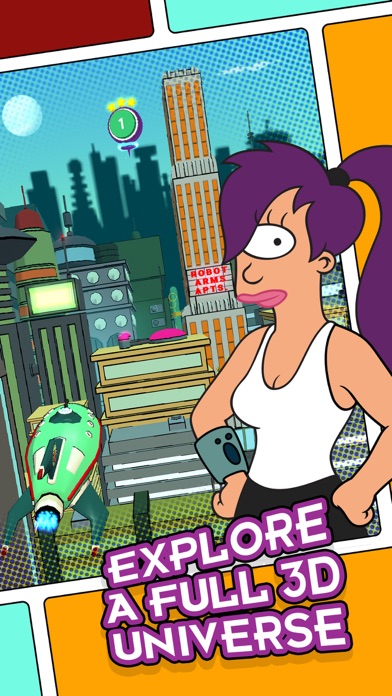 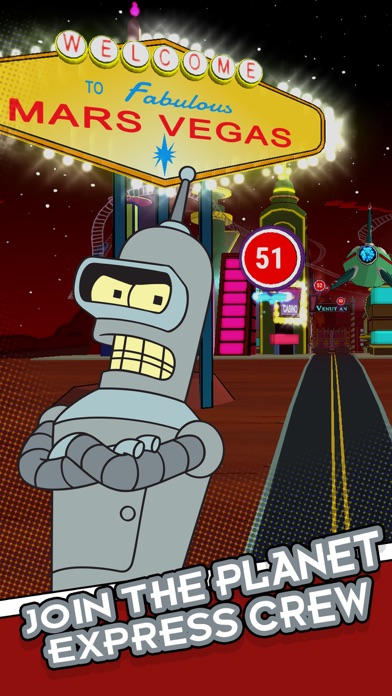 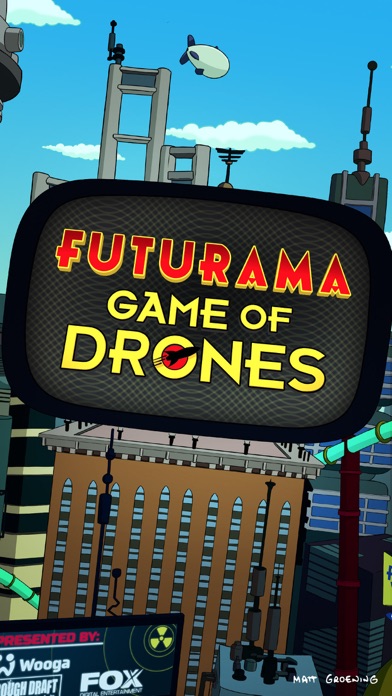 This is Professor Farnsworth. I'm sending you off on a whirlwind of deadly, quite deadly, and very deadly missions! I’ve created an array of delivery drones to make your almost certain death more fun than my trip to Ecstasia 9, the fun planet!

Oh, and remember, the drones require almost constant attention, so you’ll need to make sure they’re arranged in groups of four or more. I also added some rather explodey doohickies, so look out for super drones like the triple-dipple laser drone, oh my.

I expect you to behave in a manner becoming of a Planet Express employee, so that means no destroying all humans, Bender! And you’ll need to use each of your special abilities to get those packages delivered before we inevitably go bankrupt and you’re all living on the streets!

*FUTURAMA: GAME OF DRONES FEATURES*
NOT SURE IF MATCH 3, OR… – This isn’t Slurm Soda Crush Epic! You gotta match 4, dummy.
YOU’RE SPECIAL – Use your special delivery boy superpowers, like, erm… oh never mind
EXPLORE THE FUTURAMA UNIVERSE – And teach colorful aliens how to lurve

“I can’t believe this was released without a B76-403 certificate of fun.” - Hermes Conrad

Developed in collaboration with The Simpsons creator, Matt Groening.

I was about 75% through the game and realized that it has been abandoned, with no updates and the twitcher feature repeating stuff from the beginning of the game.

I love the game. There are a few bugs that y’all aren’t apparently aware of but that doesn’t take away from the smooth play and awesome story line. I don’t like that after coming out of “free souls- free lives” that it will take away a life even though you have been using free and it takes 30 minutes to replenish just 1 life. It would be nice after completing the game once or twice as I have that maybe a new element could be added or new levels. Love FUTURAMA! Best television show ever made. Period!

Kind of a bummer
TayJay2000

I would have given this five stars at first. But then the demand for money starts. And things get fishy. Even if you watch videos to earn bonuses, they don’t always work and you don’t get credit for them. Plus, I feel like the game dollars you have earned disappear. The big issue is that they try to trick you into spending, and that bothers me. They disguise clicks that will cost you. It’s dishonest. This is a fun game, and there is definitely humor in it. It makes me miss the show. But it loses the entertainment value quickly when you can’t just play or trust what you’re playing.

Loved it 5 stars until They started posting adverts Overwatch adverts that after watching for 5 min I still had to forfeit my prize spin to get out of it.

I used to play this game like crazy. But the pay wall has grown from a tiny hedge-row into a castle battlement. This game is completely unplayable. The worst part? You can’t even buy any permanent upgrades. They are all temporary garbage.

I love the game but anytime I get a new phone or play on a new device I have to start from level 1 all over again. Normally I wouldn’t care but I’ve spent money and have gotten far. What’s the issue?!

Highly addicting! I’m 500+ levels into the game and I haven’t spent a dime of my own money to get there. Watching short adds for the chance to win free time, free in game money, or trading cards that can give you more time or money keeps this game moving along.

Much like the claw game, the game itself chooses when it will let you win at later levels. Enemies will get the exact colors they need to give you a big hit, and each of their hits do more damage than you can do. Drones will go down in the pattern they want. I’ve seen a powerup fall onto another one and instead of fusing, it just falls to the side. There are games where you have to get a certain amount of colors and those colors will never appear in the amount you need. In their next update they should have a pop up that comes up before you start the level that says “you will not win this round, do you just want us to take out a heart or do you want to play anyways and lose?” Honestly it just seems like they make you lose round after round until they give up trying to get you to use money then let you win a couple before stopping you again.

Not for incompetent staff!
@Izzytropbelle

Very entertaining game, some levels are ridiculous but FUN! I’m on level 220 and I’m still enjoying it.